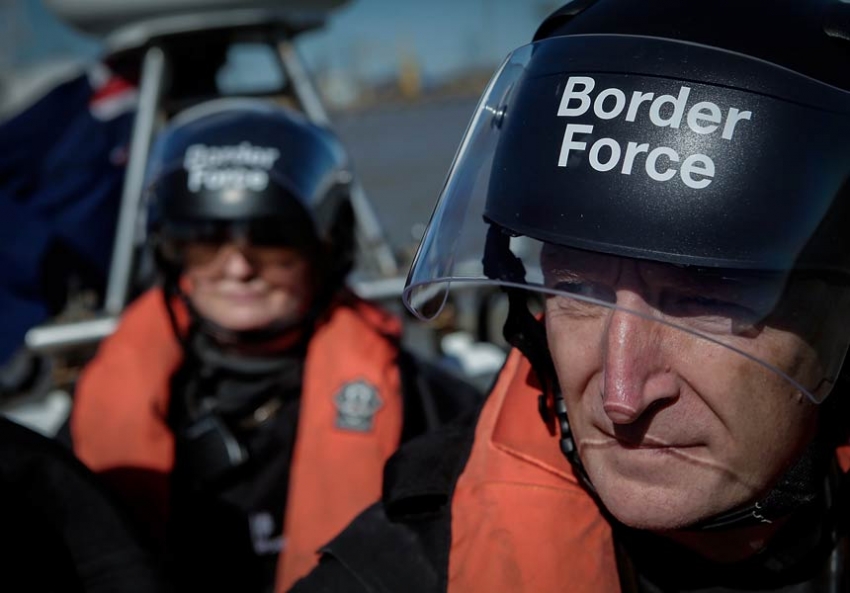 Detained at Her Majesty’s Pleasure

The UK keeps migrants in detention centres for unspecified periods of time.

A good many migrants come to this country because they are gay and have been obliged to leave one of the 78 countries in the world where same-sex love is illegal. The report suggests that gay men and women fare especially badly in their attempts to remain here.

There are 13 detention centres in the UK, where migrants may be sent while waiting to hear the fate of their applications or waiting to be deported when they’ve been denied asylum. According to the Home Office, there are at least 30,000 such people detained at the moment. There is nothing illegal about such detention. However, the UK is the only EU member state that does not set a time limit on detention. Some of those detained are employed in the centres themselves at much less than the minimum wage. And the centres are home to pregnant women, children, older people and disabled people, who get poor medical care and little educational or cultural assistance. Even in France, which has a reputation for treating migrants badly, 45 days is the most that anyone can be held. In the UK, as one young woman in flight from a forced marriage in Sierra Leone put it, “Every day you spend there, it is like you are in prison, but you don’t know when your sentence is going to end. We count the days. It is a waste of your life.”

While campaigners for the main parties compete to show how tough they are on immigration, accusing one another of laxness at border controls and failure to hit targets for reducing the numbers of immigrants allowed into the country, a cross-party committee of MPs has published a report, “Inquiry into the Use of Immigration Detention in the United Kingdom.” It concluded that the current system of holding migrants indefinitely in what are now known as “removal centres” is “expensive, ineffective and unjust” and found evidence to confirm detainees’ claims of abuse and inhumane conditions in many of the centres, which are mostly run by private companies for profit and are largely unaccountable.

As Lord Scriven pointed out in the House of Lords, a good many migrants come to this country because they are gay and have been obliged to leave one of the 78 countries in the world where same-sex love is illegal. The report suggests that gay men and women fare especially badly in their attempts to remain here. Either they are not believed or they are discriminated against. The Home Office denies nearly two-thirds of the asylum applications it receives, and has set internal targets of turning down 70 percent of appeals. Staff who meet this goal have been rewarded with cash bonuses, The Guardian reported last year.

Some detainees will, however, make it. They may even get to apply for British citizenship. To do so, they are expected to get at least 75 percent correct on a citizenship test and to swear allegiance to this country. The test consists of multiple-choice questions most of us would find difficult to answer, though they could be mugged up. Migrants may be asked about topics such as Vikings, when farmers first arrived in Britain (conjuring an image of fully fledged yokels landing at Plymouth, armed with pitchforks and with straw in their hair), land ownership in feudal times, the six wives of Henry VIII, when exactly our 17th century civil war began, and whether British people eat duck, chicken, turkey or ostrich at Christmas.

I wonder how someone detained indefinitely in a removal centre would respond—true or false—to the statement: “You must treat everyone equally, regardless of sex, race, age, religion, disability, class or sexual orientation.” Or whether they would answer “it is your right,” “a criminal offence” or “your responsibility” to “cause harassment, alarm or distress to someone because of their religion or ethnic origin.”

They will answer, of course, as they think we want them to.

The world is full of refugees. The UK has accepted only 143 Syrians so far. Faced with genuinely life-or-death situations, most people would lie or cheat to give the right answers, to be the migrant Britain welcomes. No wonder, really, that a young man I know from Ethiopia was advised by an older friend to construct an entirely false narrative about his life to be allowed to find work and stay here. After five years of living more or less on the run, with no source of income and dependent on the kindness of friends with sofas, he has abandoned his story and is about to return to Ethiopia.