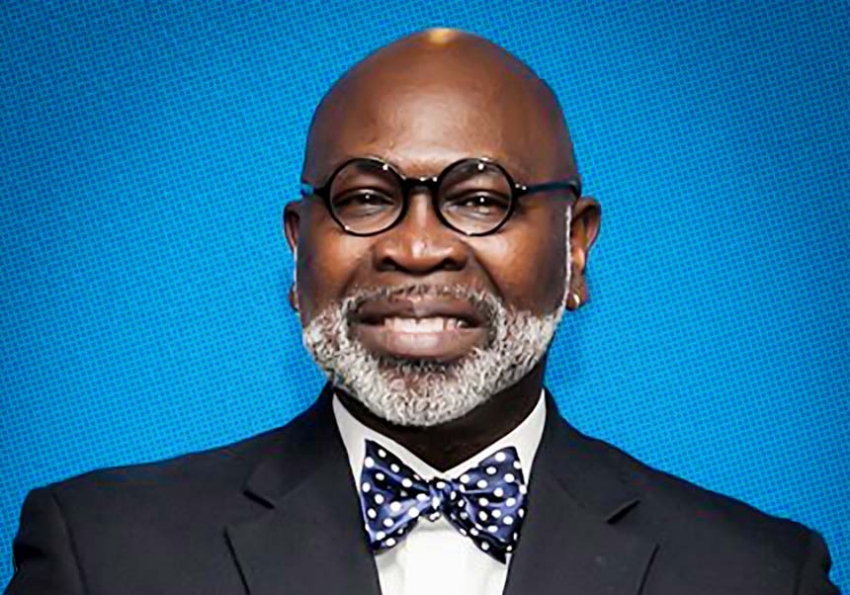 As Anti-Choice Fundamentalists Descend on Alabama, One Abortion Doctor Refuses To Be Bullied

Dr. Willie Parker, the last abortion doctor in Mississippi, is bracing for a week of potentially violent protests in his hometown of Birmingham.

'I decry as a Christian—where the most essential identity is love, compassion and nonviolence—the physical violence and the destruction of property that they do under the false guise of this faith.'

Dr. Willie Parker and I both grew up in Alabama: he in Birmingham and I in Huntsville. At 52, he is eight years older than me. But our lives never intersected until now. Parker is an African-American, feminist, Christian man who provides abortions; I am a white, feminist, spiritual but non-Christian woman who defends clinics on behalf of Alabama Reproductive Rights Advocates (ARRA).

Parker travels between clinics in Alabama, Georgia and Mississippi. He is the only abortion provider in Mississipi. Targeted Regulation of Abortion Provider (TRAP) laws have shut down clinics in many states, including Mississippi, by imposing unnecessary, expensive and sometimes impossible requirements on clinics, such as minimum hallway widths. Abortion doctors face stigma and, in some cases, danger; late-term abortion provider Dr. George Tiller was murdered in Kansas in 2009 by an anti-abortion extremist.

Providers in the South are attacked by many and defended by few. But outside of the Alabama clinics a multi-racial group stands vigilant to protect our doctors, nurses, staff and patients. Parker is among a number of black abortion providers in the Deep South who are committed to reproductive justice—a concept that goes beyond abortion rights to encompass the rights to birth control and parenting, and acknowledges the racial disparities in access to these rights. He spoke to In These Times about what motivates him to do this work and how feminists can remain engaged and compassionate in the face of ongoing hostility.

Can you talk about your Christian faith and the spiritual place from which you approach your work?

My work is emotionally satisfying because compassion is my passion. I am fortunate to do what most people are not able to: expend my energies on behalf of what I think is a noble cause. It answers for me the question of why we are here, what this is all about. For me it’s about actualizing my own humanity by serving my fellow human beings. Compassion operates for me when I am faced by the reality that women have unplanned, unwanted pregnancies.

When the anti-abortion people come at me from the standpoint of my faith, I try to see them with compassion. I try to see the side of the guy who opposes me in Mississippi, who tells me I am a disgrace. But I know I am also working to make sure his mother, his daughter and his sister are safe and have access to this care. He is shortsighted, but I focus on the women’s needs. It’s hard to get angry and combative with him when I’m focused there. But I do have my moments, when my indignation is comparable to what Jesus felt when he threw out the moneychangers from the temple. I feel that particularly when people who oppose abortion are straight-out bullying women. The anti-choicers try to rev me up, but I seek to remain in that place of compassion. I’m aware how much energy anger expends.

Operation Save America is coming to Alabama on July 11 for a week of protests. What are your thoughts on this group and its insistence that Christianity stands in stark opposition to abortion?

Operation Save America mobilizes under the guise of free speech. But their attempts to bully, coerce and cajole—to deprive people of their livelihoods because they’ve made a choice to provide reproductive healthcare—is undemocratic. Their work is the most hateful thing that can happen in the name of religion. Somebody once said there’s no right way to do the wrong thing, but this is the absolute demonstration of the wrong way to do the wrong thing. They refuse to accept our laws and our civil rights, and have resorted to creating a mob mentality that is facilitated by the appalling silence, as Dr. King used to call it, of the good people.

Does this upcoming event scare you?

I don’t know. I’m not willfully ignorant. I have focused on what’s important to me and what’s important to me is to stand up for what I know to be right, as well as to live from a place of conscience. I choose to only focus on real threats, of which I’ve had none personally. I think a significant power that these bullies hold is their reputation. I heard a quote from someone who is going to be here in Alabama, “We’re about to get ugly for Jesus.” But I decry as a Christian—where the most essential identity is love, compassion and nonviolence—the physical violence and the destruction of property that they do under the false guise of this faith. If your religious understanding allows you to harm others or diminish the humanity of people, it has to be questioned and rejected.

Clinic protesters use the language of civil rights and Black Lives Matter to mobilize people. How do you respond?

So many of the anti-choice activists have tried to co-opt the language and iconography of civil rights by saying things like, “I want my children to be judged by the content of their character, not the color of their skin.” But they pull that out of King’s context. As a person of color, I know how health disparities work. I do this work precisely because the women who are in a position to consider abortion are disproportionately poor and women of color. They cite accusations of black genocide against me, but in my view it is the opposite: I do what I do because I love black women and black babies. We are seeing a more racially diverse provider base in the South, just as we are seeing a more diverse group of clinic defenders, people from groups that have been pushed out of seats of power. We see women, people of color and LGBTQ people working in solidarity on behalf of reproductive rights and justice. Feminism has always been perceived to be a white, middle-class women’s issue, but it’s become more inclusive because it’s rooted in a framework of justice and equality. There is more accountability for white women who participated, wittingly or not, in the oppression of their sisters of color. One thing that unifies all women is oppression in a patriarchal system. You’re all in the same boat when it comes to efforts to do away with reproductive rights and justice. When those things are absent, white men thrive and all women are cemented into second-class citizenship.

All human rights are thwarted by patriarchy, so I think there is a rooting of a small-D democratic reality when people of all stripes—racial, sexual,socioeconomic—find a space and a sense of responsibility in reproductive justice. The ties that bind the LGBTQ community and women’s reproductive justice are around the liberation of women, and the uncoupling of sex and sexuality from procreation. That directly confronts patriarchal norms.

What can non-doctors do to help?

Stigma and shame are the major factors standing in the way of reproductive justice. You can’t allow people to think they don’t know anybody who supports abortions. If you have a religious identity, you can’t allow the people in your church to think that. As a physician I have to be open about the fact that I provide abortion care. I have to say, “I’m as skilled as any doctor in my chosen craft can be, I’m as principled as any human being on the planet, and I do abortions. There’s nothing mutually exclusive about that.” When I raise that counternarrative, it should empower other doctors who know what is the right thing to do, but can’t find the social courage to do so.

What clinic defenders are doing is what has to be done. When people say how brave I must be to openly do what I do, people don’t remember that the most important thing I do is use a cannula to empty a woman’s uterus. It’s what advocates do that is brave. The people who raise funds to give a woman the last $50 she needs when she’s done all she can do to raise $450. It’s the people who stand out front and put themselves between those who are venomously confrontational and the person who is emotionally vulnerable. I look at all the moving parts that happen to get a woman from the place where she shows up pregnant and not wanting to be, to where she walks out the door safely and moves on with her life. You provide the last bit of initiative a woman might need to get inside a clinic. I’m proud of returning home because of the realization that there is a progressive body of engaged people in Alabama.

Stephanie Gilmore is a writer, educator, and activist in her home state of Alabama. She travels the country speaking on sexual violence on college campuses and feminism in the Deep South. In 2013, Stephanie was honored as a "Feminist We Love" by The Feminist Wire. @pivotthecenter www.stephaniegilmorephd.com