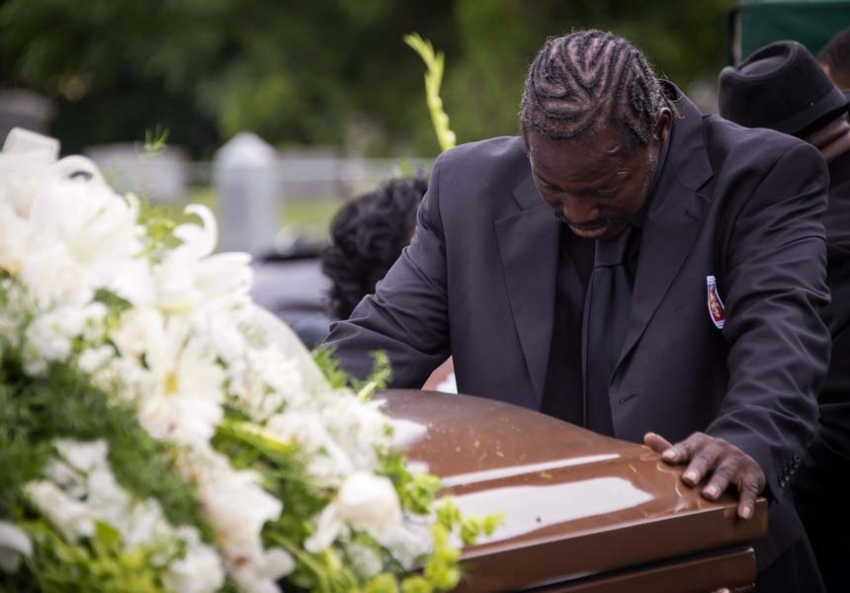 America’s most dangerous nonprofit has a stranglehold on public policy.

One NRA board member blamed the Rev. Clementa Pinckney, the church’s pastor, for failing to arm his parishioners with handguns, rather than noting how appalling it is that a KKK-style racist can get a gun with no problem.

We cower before the bully. We feel helpless against the bully. The president of the United States, Congress and police forces around the country can do nothing. Even when the work of the bully produces tragedy after tragedy, the bully grows stronger, sucking strength from the lives of its victims. And the bully gloats.

In April 2007, a deranged young man with a gun went on a rampage at Virginia Tech, killing 32 people and injuring around two dozen more in what remains the deadliest school shooting in U.S. history. The response of our national bully, the National Rifle Association (NRA), when a horrified nation thought tighter gun control laws might be in order? “We won’t be pushed around,” insisted Bully-in-Chief Wayne LaPierre.

In July 2012, when another young man slaughtered 12 people and injured 58 others in an Aurora, Colo., movie theater, the bully proclaimed, preposterously, “There is absolutely no correlation between guns and shooting deaths. Zero. None.” Just six months later, after yet another young man massacred 27 people—including 20 little kids—at an elementary school in Newtown, Conn., the defiant bully said that schools needed more guns, for protection. The bully added that parents who lost their 6-year-olds were politicizing their victimhood and serving as “human shields” for the gun safety movement.

And then there was the June 17 massacre of nine people in Charleston, S.C., by a crazed white supremacist in, of all places, a church. One NRA board member blamed the Rev. Clementa Pinckney, the church’s pastor, for failing to arm his parishioners with handguns, rather than noting how appalling it is that a KKK-style racist can get a gun with no problem.

Add to this the invisible massacre, rarely discussed because the deaths occur one by one: Every day, on average, 48 U.S. children are shot, in murder or suicide attempts or just by accident, and every day, on average, seven of them die. Every day, on average, 86 people die due to guns in the U.S., while 289 are shot and survive. Guns are projected to become the leading cause of death for young people aged 15 to 24 in this country by the end of 2015, surpassing car accidents.

In 1993, the bully hit a few setbacks. The Brady Act passed, requiring a five-day waiting period and background checks to buy from a dealer. The next year Congress banned the manufacture, import, use and possession of 19 types of assault weapons and limited the size of ammunition magazines to 10 rounds. After that, gun violence declined significantly. Fatal and nonfatal firearm violence went from 1,548,000 incidents in 1993 to 468,100 in 2004, the year the assault weapon and large magazine ban expired. In 2003, 6.2 percent of all violence involved firearms; by 2011, it was back up to 8.2 percent. And the Brady Act only covers about 60 percent of all gun purchases; private sales, for example, are not covered.

The bully says if more people had guns, especially to defend themselves, gun violence would decline. Studies have widely discredited the bully’s claim: Guns in the home make one much more vulnerable to homicide, and carrying a firearm makes one more, not less, vulnerable to being shot in an assault. The bully also charges that reformers want to take away their guns, when we simply want better protections.

The bully also has money. Since 1990, the NRA has donated $21 million to politicians, 83 percent of it to Republicans. The gun control lobby doesn’t come close: $1.9 million to politicians, 94 percentto Democrats. Such largesse seems to blind our anti-tax conservatives to the cost of gun violence to our economy: at least $229 billion a year, according to an analysis by Mother Jones, when you add up emergency and medical care, prison and criminal justice costs, lost wages, insurance, legal fees, police investigations and the like. That’s about $700 per American per year; in a state like Wyoming with a high rate of gun violence, it’s twice that.

The bully wants us to accept this as the new normal: that we adopt an armed, militarized lifestyle. It will repeatedly threaten and intimidate our government and us to advance this lethal political agenda. It’s time to name the NRA as a bully, treat it as a bully and stand up to it as a bully, to get beyond its deadly blockage of desperately needed gun safety laws in our country.