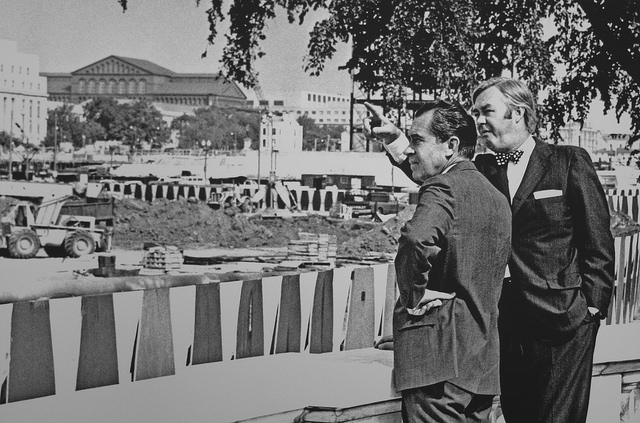 The time for liberal apologetics for the report is long past overdue.

By arguing that family instability was the “fundamental” problem facing African Americans, Moynihan shifted attention away from institutional racism and class inequality.

I wish, as I recently wrote in these pages, that liberals would admit that the Moynihan Report failed as a strategy for generating progressive reforms. Greg Weiner writes as a liberal who is genuinely concerned about the effects of poverty on families. I respect that. But he and other liberals are mistaken when they celebrate the Moynihan Report as a solution to inequality.

Citing Moynihan’s support for a guaranteed annual income, Weiner concludes, “liberalism owes Moynihan a greater debt—and more regrets—than it realizes, in which case a reprieve for the Moynihan Report might be justified.”  Had the Moynihan Report simply proposed jobs programs and family allowances, the Left would have little quarrel with it. But it did more than that. Moynihan undermined his own case for “national action” by positing that African Americans suffered from a self-perpetuating “tangle of pathology.” By arguing that family instability was the “fundamental” problem facing African Americans, he shifted attention away from institutional racism and class inequality.

Weiner contests my analogizing of Moynihan to Dr. Frankenstein:

Is the suggestion that Moynihan should not have raised the issue lest ill uses be made of his concerns?  Perhaps: “This is not a monster,” Geary warns, “that liberals can control. Highlighting family structure is just as likely to rationalize inequality as it is to dramatize it.” …The suggestion is to avoid highlighting family structure because of what doing so will rationalize: to eschew creation of the “monster” lest one side in the debate be unable to control it.

Unlike Weiner, I believe we can fault Moynihan for the conservative uses to which his report has been put. If Moynihan was making an unequivocal case for liberal reform, why didn’t he disassociate himself from his conservative admirers? In fact, Moynihan was proud that William F. Buckley repeated his views. He even declared, “Everything Mr. Buckley has said on the Negro question is a plagiarism taken straight out of my book [with Nathan Glazer], Beyond the Melting Pot.”

Similarly, contemporary liberal supporters of the Moynihan Report are ready to pounce anytime someone on the Left points out the report’s flaws. They love to talk about how “liberals blew it” by criticizing Moynihan. But where are they when someone like George Will writes a column praising Moynihan for showing that “culture” explains inequality and that liberal government reforms are only bound to further weaken African American families?

Liberal supporters of the report are curiously silent when it comes to its obviously patriarchal assumptions. Moynihan believed the only way African Americans could obtain equality was by forming male-headed families. He wrote that African American men suffered from a “matriarchal” culture and would benefit from a stint in the army, which would offer them “an utterly masculine world … a world away from women, a world run by strong men of unquestioned authority.” Moynihan also supported taking job opportunities away from black women so that black men could have them and black families wouldn’t suffer from “reversed” gender roles. Moynihan was not especially sexist for his time, but the report’s central commitment to patriarchy surely makes its analysis inadequate for our own time.

Let’s pretend for a moment that Moynihan unambiguously intended as liberals say he did: to use the issue of family structure to highlight broader inequalities. It didn’t work. Moynihan failed to convince the Johnson administration to adopt jobs programs or a guaranteed annual income. Instead, his report provided grist for conservatives who blamed the Watts Uprising on “family breakdown” while ignoring underlying racial and class injustice. Conservatives today are still using the report to shift focus away from the blatant injustice underlined in Ferguson, Baltimore and elsewhere.

As Bayard Rustin recognized at the time, the Moynihan Report was “ambivalent about the basic reforms that are needed”—like the $100 billion Freedom Budget Rustin championed to eradicate poverty among all Americans that Moynihan pointedly refused to endorse. Rustin knew that regardless of Moynihan’s intentions, shifting a national discussion about racial inequality toward the issue of family structure was dangerous: many whites were bound to interpret it as saying that African Americans “should put their own house in order.”

Rustin understood that the report was a Frankenstein’s monster that liberals could not control. And, after 50 years, they really should know better.