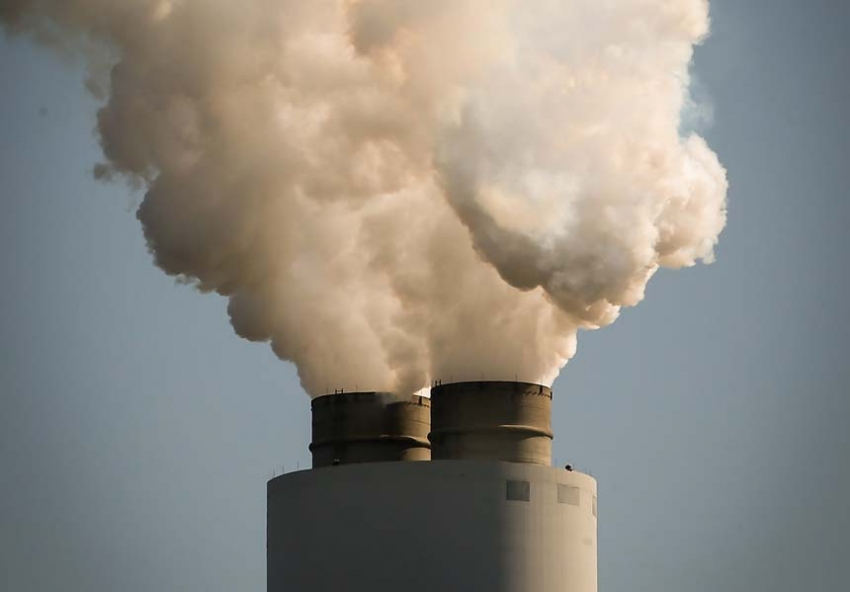 How can we turn up the heat on Washington.

'American public opinion is not what is driving our policies to the right. It’s organized interests and economic elites. We need government, but we need democratic government.'

Environmentalists’ efforts are finally gaining traction: Thanks largely to confrontational campaigns, the Keystone XL pipeline has stalled, over $100 billion is slated to be divested from fossil fuel corporations, and 82 percent of Americans think it is their “moral duty to protect the environment.” As does the Pope, who delivered a historic encyclical that linked climate change and economic inequality. But how can protests translate into policy? The collapse of the 2009 climate talks in Copenhagen left environmentalists skeptical of Washington’s will to act on climate change. And many in the uneasy climate coalition—direct-action anarchists, solar entrepreneurs, CEOs like Elon Musk and progressives—remain ambivalent about engaging state power and questioning capitalism’s endless growth. Meanwhile, savvy Republicans and private investors tout free-market solutions.

Yet an estimated 80 percent of known fossil fuel reserves must remain in the ground to avert catastrophic global warming. No matter how many alternative energy sources are created or ex- traction sites blockaded, these actions will not, in themselves, stop energy corporations from tapping the planet dry. Only state action can do that.

To explore this topic, In These Times brought together renowned political scientist and sociologist Frances Fox Piven; journalist Christian Parenti, author of Tropic of Chaos: Climate Change and the New Geography of Violence; May Boeve, co-founder and executive director of 350.org; and Ananda Lee Tan, an organizer with the Climate Justice Alliance.

What is the state of the movement against climate change today?

CHRISTIAN: Activists are becoming increasingly sophisticated about the politics of this problem. Whether or not they understand this, divestment movement activists are addressing a core question within capitalism. When students tell endowments what to do with a pool of capital, it strikes a blow to the prerogatives of ownership. The fundamental question is: “Who gets to control the wealth of society—the majority, or those who own capital?”

FRANCES: Climate change itself raises that question; it’s not just divestment. It's whether a society can cotrnol its own future, no matter what capital wants to do. Climate change is a life and death matter for the planet and its people.

MAY: The movement has shifted from emphasizing individual action to collective action and, in particular, fighting the climate fight like it’s about power—which it always was, but historically there has been less emphasis on that. It’s very squarely put a target on the fossil fuel industry for making it impossible to have a democratic outcome on an issue like climate change. Now there’s really a sense of identity as a movement—individuals, organizations and networks that see themselves as connected to the climate movement.

ANANDA: The September 2014 People’s Climate March in New York City marked a major shift in the U.S. climate movement. Indigenous communities and communities of color, which are on the front lines of both surviving climate impacts and fighting industry, asserted their leadership.

CHRISTIAN: The Left, particularly the environmental Left, is uncomfortable demandingthatthestatedosomething. Activists are comfortable opposing bad state policies but have a harder time articulating and demanding positive state actions. That said, people are moving in that direction and realizing that the only force strong enough to stand up to ExxonMobil is government.

FRANCES: There’s a confusion in the Left’s disillusion with the state. For a long time, social democrats relied on the state as a powerful agency that could temper market forces and bring some equality to society. But now people are tremendously disappointed not with state power as such, but with the power groups that are behind the state. Everyone goes along with what began as a right-wing attack on the state because the state is so corrupted by money. But we need state power when we deal with problems like market excesses and climate change. We have to democratize the state.

MAY: Unless the political power of in- dustry is challenged, our ability to get the state to act is limited. Our movement has lacked the power to fight for the policies that we want to see. But the divestment movement is building power and leadership, and is challenging industry. I hope our movements can create the space for government action.

Some support using the free market to take on climate change through policies such as a revenue-neutral carbon tax. How should the movement respond to these proposals?

FRANCES: Well, the free market won’t take on climate change. That’s the lesson of our experience with the escalation of free-market propaganda under neoliberalism.

CHRISTIAN: The more we talk about a carbon tax, the less we talk about all the regulatory tools that already exist. These people calling for a carbon tax, revenue-neutral solutions etc. don’t want people to understand the power of the EPA. They want us to concentrate on some possible future legislation that will never happen.

ANANDA: Most of the market-based solutions currently on the table are efforts to maintain the corporate status quo. Sadly, even regulatory processes like the EPA’s Clean Power Plan have been so weakened by corporate loopholes and subsidies that our grassroots movements have to develop strategies to force the EPA to stand with people and not polluters.

Do calls for state action on climate change open up the possibility for strengthening the public sphere in other ways?

MAY: Yes. For example, the Affordable Care Act (ACA) allows each state to define its health outcomes. So, a state could choose to have health outcomes around toxicity and environmental damage, and turn the ACA into a mechanism to value the true cost of pollution.

CHRISTIAN: Yes, I could imagine a climate change movement that articulates the need for popular control over government. The use of government power to contain and control the worst excesses of capital will have indirect positive effects in other realms of politics. To legitimize government action in the realms of climate implicitly legitimizes its role in redistributing wealth to the exploited and unemployed.

ANANDA: Yes, if such calls to action illustrate bottom-up and equitable pathways linking municipal to state to federal policy.

What would it take to make these changes possible?

CHRISTIAN: We could target regulatory agencies and the people in charge of them. A faith in government and its ability to do progressive things actually involves increased confrontation with government.

FRANCES: Movements have an impact when they interfere with institutional processes. That, and when they communicate in ways that go beyond politicians.

MAY: The work that’s been done to question the social license of the fossil fuel industry needs to keep growing. We’re going to have to give it everything we’ve got, especially when we start to see the industry fighting back.

ANANDA: We need to build a new, more powerful movement, one that is defined by trans-local networks of place-based power—power that is bottom-up, inclusive and works in solidarity.

MAY: The idea of breaking down systems that aren’t working and creating brand new ones is what animates me. But the outcome that we need is a strong public sector. The Keystone fight, any fossil fuel infrastructure fight, is leading us in the direction to demand government action.

FRANCES: The opposition is enormous. And the movement has to be enormous. It has to be a daredevil and take the risk of making serious trouble. After all, the stakes are also enormous.