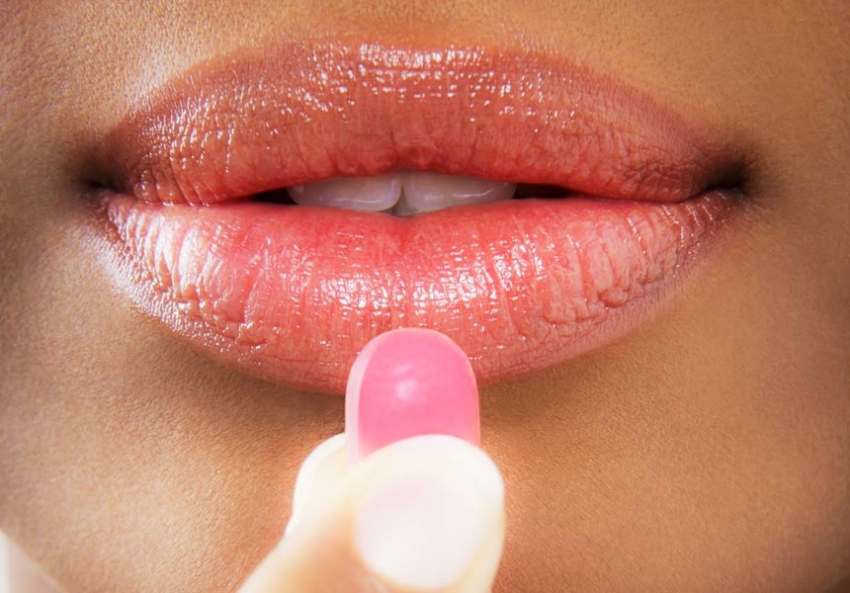 Female Viagra: a tough pill for some to swallow. (Photo via Shutterstock)

Since the FDA approved Addyi in August 2015, feminist debate on these questions has raged.

It’s been called the first “Viagra for women” and hailed as a health breakthrough. But Addyi (generic name flibanserin) is sparking ire just as it claims to spark desire. Is this drug a boon for feminism because it finally gives women what men have enjoyed since 1998: prescription medication that can effectively boost sagging libidos? Or are the drug’s pluses (an average increase of 0.5 to 1 “sexually satisfying events per month”) not really worth its potential side effects of nausea, dizziness and fainting?

Since the FDA approved Addyi in August 2015, feminist debate on these questions has raged. Heightening the controversy is the fact that feminist organizations, with funding from the drug’s maker, Sprout Pharmaceuticals, played an active role in getting the drug approved. Fourteen groups, including NOW, the National Association of Clinical Nurse Specialists, and the American Sexual Health Association, formed a coalition called “Even the Score” that lobbied the FDA as part of a larger goal of “level[ing] the playing field when it comes to the treatment of women’s sexual dysfunction.”

Does Addyi work? And is it a worthy feminist cause? Seeking answers, In These Times spoke with Sally Greenberg, executive director of the National Consumers League and a member of the Even the Score Coalition, and Diana Zuckerman, president of the National Center for Health Research and a critic of both Addyi and Even the Score. Joining the conversation were two women’s health experts who have not taken public sides in the controversy: Monica Raye Simpson, executive director of SisterSong Women of Color Reproductive Health Collective, and Susan F. Wood, director of George Washington University’s Jacobs Institute of Women’s Health and the FDA’s former assistant commissioner for women’s health.

Sally, can you tell us why you’re a fan of this drug?

SALLY: We can argue whether there are four or 26 treatments for male sexual dysfunction. But the fact is that there are really zero pharmacological options for women with sexual dysfunction. A number of organizations believe a treatment like this is long overdue. The new treatment is approved for a very specific condition: Hypoactive Sexual Desire Disorder (HSDD), which has been recognized in medical literature since 1977 and is characterized by the total disappearance or significant reduction of sex drive and distress about the condition. This is the most common category of women’s sexual dysfunction, an issue that made the FDA’s list of the top 20 unmet health needs. We think flibanserin is a breakthrough treatment and hope this opens the door so women can have the same treatment options as men.

What do others think about HSDD and how to treat it?

MONICA: HSDD is impacting the lives of many women. Forty percent of women have sexual problems, including a lack of sexual desire, inability to orgasm, and pain or discomfort. We want to create opportunities for women to engage in conversation with their healthcare providers about things that might make their sexual lives better. Maybe that’s not a drug. Maybe it’s what’s happening in women’s lives. We’re living in a very stressful environment—especially in communities of color—and that definitely impacts women’s sexual drive. People are not exercising. We do not have adequate access to healthcare. When thinking about this disorder, we should ask, “How do we create better environments that will also help people connect with each other?”

How well has flibanserin been shown to work, and what are the risks?

SALLY: For women in the clinical trials, the number of sexually satisfying events per month went from 2.5 to 5 per month. [Editors’ note: The average increase of 0.5 to 1 cited by the FDA included placebo controls]. That meant flibanserin met the measures set by the FDA, which created an advisory committee that voted 18 to 6 to approve flibanserin.

DIANA: There were two ways that the sexual benefit was measured in the studies. The first was a daily diary, the other was a monthly estimate. As a researcher, I think it’s ridiculous to ask women to measure their sexually satisfying experiences based on their memory of the past month. I can remember my daily experiences over the last week, but couldn’t accurately remember them over the exact timeframe of one month. The daily diary found no significant improvement compared to placebo, but the monthly measure found a small improvement: an average of less than one additional satisfying sexual experience per month. That small benefit might be worthwhile for a drug without risks, but that is not true of Addyi.

SALLY: I think there may have been some unconscious gender bias when the FDA rejected the drug the first two times. Drugs that treat male sexual dysfunction have far more dire side effects—stroke, heart attack, fourhour erection, etc.—and we allow men to decide with their healthcare practitioners about whether they’re going to take on those risks. Millions of men have access to those drugs, and women should have the same rights to decide to take on the risks. There has been a lot of inaccurate information about this drug, including that it has life-threatening side effects. Its risks are nausea, dizziness and fatigue. It has a black-box warning not to be taken with alcohol. Eleven thousand women were involved in clinical trials, and 58 percent of them said they were social drinkers and had no problem using alcohol in small quantities with this drug.

DIANA: You don’t die of nausea, but who wants to live with it? Other risks include passing out and difficulty sleeping—which could result in women nodding off while driving.

The day after the FDA approved the drug, its parent company, Sprout Pharmaceuticals, sold for $1 billion. Was this drug rushed through because profit was at stake?

SUSAN: I don’t think the FDA rushed it through that way. Individual reviewers objected quite definitively to the approval, but the more senior-level reviewers made the decision to approve it, in part because of patient demand. I think that the public relations advocacy campaign, which was financed by Sprout, had an effect on both the advisory committee and the senior reviewers at the FDA.

DIANA: That’s what money will buy. You have a room full of patient advocates who were brought there—whether their way was paid or they were encouraged by this very highly publicized campaign. The advisory committee members are human; they’re very heavily influenced by people in the room, who were cheering and booing. So they compromised on the science, I believe, in order to please the patients, some of whom were not even eligible to take this drug, since it is approved only for women who are pre-menopausal, not drinking alcohol at all, and so on.

What does the way all of this has gone down mean for feminism?

SUSAN: Feminism is a big tent, and we all work together on some things and disagree on others, and that’s not necessarily unhealthy. The unhealthy aspects included the company’s strategy of “divide and conquer.”

MONICA: This is where feminism really shows its disconnect from the most marginalized communities. For men, Viagra was huge. For women, I don’t know if this is. I just think there are so many questions.

DIANA: To me, the focus on this debate is very unfortunate given all the very real health issues facing women. For example, there are a hundred contraceptives on the market in the United States, and some are much safer than others. Women are dying unnecessarily as a result of the ones that aren’t as safe. We are having a hell of a time trying to get anybody to pay attention. It is just not a sexy issue, and certain companies have a vested interest in making sure no one is talking about it.

SALLY: I view this drug as a breakthrough for women. Men have had many treatment options for sexual health for decades —women have had few, if any. The FDA listened to women suffering from a condition, HSDD, that undermines their relationships, their health and their self-esteem, and approved a treatment.