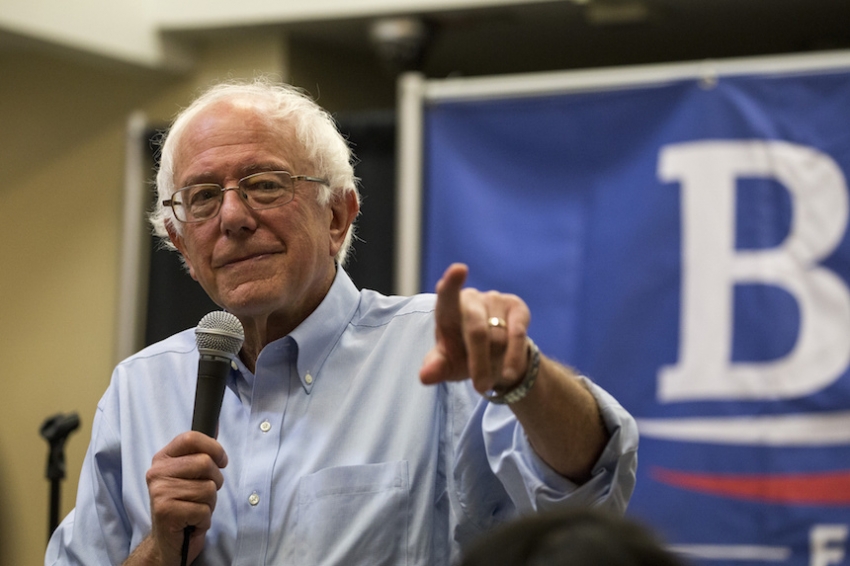 More than any state, Iowa is often won by the campaign with the most passionate supporters, and Sanders’ backers have shown nothing if not passion.

Very few people would have predicted that the 2016 Democratic presidential nomination would come down to a competitive two-way race between the most formidable Democratic establishment candidate in recent memory and a white-haired, 74-year-old democratic socialist from Vermont promising a “political revolution.” Yet here we are. Since entering the race last April, Bernie Sanders has drawn huge crowds and seen early leads in both Iowa and New Hampshire. He’s raised huge sums of money, almost entirely through small-dollar donations (more than 3.25 million of them). And he’s done all this while maintaining a laser-like focus on one issue: rising income inequality.

Though Hillary Clinton has led continuously in national polls, the primary isn’t decided by nationwide vote. It’s decided by a long slog of hard-fought, state-by-state battles for delegates—and they are about to begin. In These Times’ reporters Theo Anderson and David Moberg visited Iowa and South Carolina, early-voting states seen as crucial contests, to talk with the voters who will decide the outcome.

More than any state, Iowa is often won by the campaign with the most passionate supporters, and Sanders’ backers have shown nothing if not passion. South Carolina, with an electorate that is majority black, will be the first big test of Sanders’ ability to reach voters of color. Both contests will test his ability to bring jaded citizens off the sidelines and into the political process.

Barack Obama built a winning coalition of young people, African Americans and Latinos. Thus far, Sanders lacks the same pull with voters of color. But he has shown signs of engaging a critical missing piece of Obama’s coalition: white, working-class voters. The cohort Sanders shares with Obama is youth. His largest margin of support has been among voters under 40, at a time when young people are more open than ever to considering social democratic policies—and even socialism—as an alternative to the capitalism that is fast failing them.

In 2008, Obama campaign workers referred to the Carolinas as “the buzz saw,” where the Clinton campaign’s unrealistic expectations met the reality of the electorate. Now, the Clinton campaign is counting on the Carolinas as part of a “firewall” Sanders can’t breach. His challenge is to break through that barrier by both changing the makeup of the electorate and changing minds.

After nine months of campaigning, the Left is set to see its biggest test in decades of just how far Democratic voters are ready to go to break out of the old modes of political thinking. The movement that has coalesced around Sanders is about to meet its moment of truth.