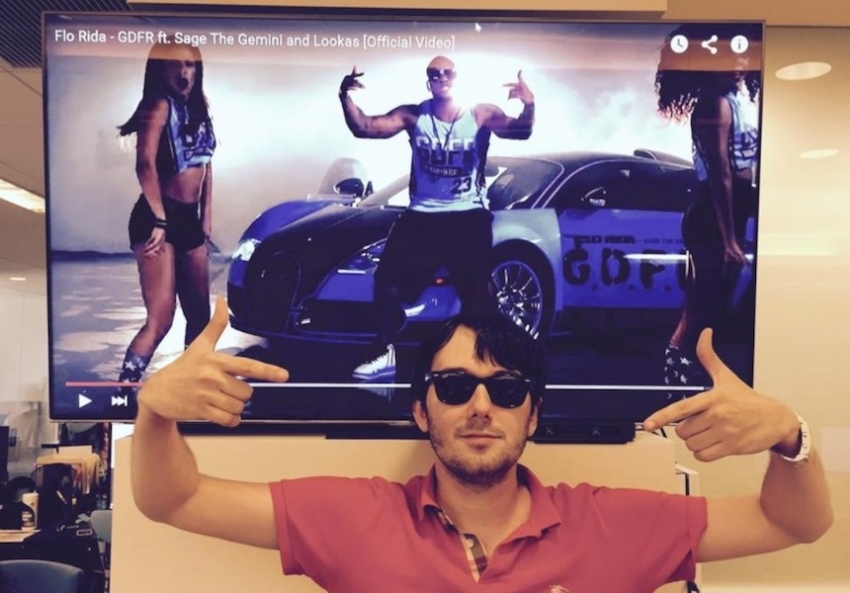 Far from being some kind of moral outlier, the pharma-bro embodies all of our economic system’s defining characteristics.

Capitalism upends the basic tenets of decency, glorifying instead the eternal righteousness of profits.

Watching Martin Shkreli “respectfully decline” to testify before the House Oversight Committee, it is almost possible to feel grateful to the reviled 32-year-old hedge fund capitalist: he knows we love to hate him, and he generously offers up so much to hate.

His bat-like smirk conveying the sense of invincibility that must accompany a 9-digit portfolio, arched eyebrows begging his questioners for another opportunity to invoke the Fifth Amendment, to unveil another simper for the cameras—it’s enough to make ones fingers tingle with the urge to punch.

Satisfying though it might be to adorn his face with a black eye, however, there are more worthy objects of our loathing. All of Shkreli's appalling antics and characteristics are in fact emblematic of the real villain: capitalism. Shkreli is capitalism embodied, and if you hate him, you’d do well to take up hating capitalism with at least equal fervor.

It is near miraculous that we even know of Shkreli. The episode that first brought him mass attention, his decision to increase the cost of lifesaving drug Daraprim by 5,000% in a single stroke, was so mundane it might never have made headlines. Sudden manifold price hikes are a routine occurrence in the pharmaceutical industry—even among generic drugs.

For the most part, pharmaceutical companies are able to jack up the prices of the drugs they make because they own patents—temporary monopolies on production that enable them, free of competition, to set prices. Turing Pharmaceuticals, Shkreli’s former company, was running a different, though similar, game. It wasn't Daraprim’s patent, but rather the only company that had regulatory approval to sell it in the U.S. market, that Shkreli acquired.

Legally, other companies could have offered a competitive product at a lower price, but realistically, the process of getting approval from the Food and Drug Administration is too expensive and time-consuming for that to have been an attractive option. So Shkreli used hard-won consumer protections as a lever by which to extract windfall profits from very sick people.

The central imperative of capitalism, to make more money for capitalists, inevitably leads to this kind of conscience-shocking move. “We needed to turn a profit on the drug,” Shkreli explained during his PR effort to quell the furor around the price hike. Indeed, in the light cast by prophet-of-capitalism Milton Friedman's memorable decree, “The social responsibility of business is to increase its profits,” taking full advantage of that consumer protection looks downright noble.

“I’m not thinking too hard about it,” Shkreli said of the public outcry, “because I know what we’re doing is right.” Capitalism upends the basic tenets of decency, glorifying instead the eternal righteousness of profits.

Once Upon A Time In Capitalistic America

It was like a dream learning that the anonymous plutocrat who had paid $2 million to secure exclusive ownership of the lone copy of the new Wu-Tang album had been… This Asshole, again! Fans were already irritated that we were missing out on actual, existing Wu Bangers thanks to the stunt, but the fact that this gooey little turd of a man was the one who nabbed the album (“to keep it from the people”) beggared belief.

The situation was obviously unique in its particulars, but one essential element of it is highly precedented, even endemic to American “racial capitalism”: cultural appropriation.

This term is often used to describe white people's tendency to wear bindis or cornrows, or in other ways absorb select morsels from cultures different from our own that we find exotic or cool or pretty. But I mean something related but different: the transformation of one person's culture into another's property.

The history of white executives, managers, promoters, publishers and other barons ensnaring black artists in extortionate contracts did not start with hip-hop: since the earliest days of recorded sound, white record executives have surveyed the field of black musical traditions and talent to harvest profit from it. Most of the by-and-large black artists artists who recorded for what were once known as “race” labels were exploited out of performer, composing and publishing royalties, and the assault has never relented.

Though clearly the Wu didn't get taken for a ride like the musicians that paved the way for them, part of the reason the “Once Upon A Time In Shaolin” episode resonates as so offensive is because it bears traces of that earlier exploitation. Little Martin stands atop the shoulders of fine-suited giants whose prized possessions and means of wealth have been property rights over black works of art.

A less well known, but no less atrocious, price-gouging incident shortly followed the Wu-Tang episode, when KaloBios Pharmaceuticals, another formerly Shkreli-owned company, announced that it expected to charge nearly $100,000 for a single course of treatment with benzidazole, which has not yet been submitted for FDA approval.

The drug, which doctors currently obtain for free through the Centers for Disease Control, treats the third most common parasite disease in the world: Chagas, the deadly “kissing bug disease.” Most of the 300,000 people the CDC estimates have Chagas are immigrants from Latin America, where millions are infected.

Daraprim's 5,000% price hike is child's play compared to the benzidazole proposal, which amounts to a 100,000-150,000% increase over the current cost in Latin America. “Chagas is a disease of the poor,” Doctors Without Borders' Judit Rius told The Atlantic, “so it’s not a disease where people have access if prices are high.”

Capitalism's relentless imperative to deliver profit to owners means a constant regime of milking the most vulnerable people for all they're worth, and immigrants have often faced some of the worst abuses. From the harrowing factory conditions imposed on European immigrants at the turn of the 20th Century, which provoked an era of labor militancy we haven't recreated since, to President Obama's deportation frenzy, immigrants face low wages, social exclusion, language barriers, stinging bigotry, and, especially these days, persistent fear that their families will be broken up by border enforcement agents.

It would be fair to expect Shkreli, himself the son of immigrants, to feel some shame about screwing them over—if the indelible logic of capitalism didn't excuse him.

In the annals of satisfying perp-walks, rarely has one been witnessed with greater relish than Shkreli's. Where once a smug expression stood, there was now a troubled glare, which, combined with his grey hoodie, gave him the look of a teenager busted for igniting cherry bombs. The high brought low, we felt a jubilation that risked obscuring whose interests were being protected by carting him off.

In capitalism, rich people are almost never punished for exploiting, duping and defrauding normal people, but they are sometimes held accountable for doing those things to other rich people. Shkreli only found himself in FBI custody after bilking the very “investors” on whose behalf he claims he is obligated to jack drug prices.

U.S. Attorney Robert Capers described Shkreli's operation as “a Ponzi scheme where he used each subsequent company to pay off defrauded investors from the prior company.” The image lain out by the SEC complaint and federal indictment is of a pattern of losing big: losing Elea Capital $2.3 million in 2007, losing MSMB Capital $3 million in 2010 and in 2011 losing $7 million to Merrill Lynch that he could not pay, a debt which was eventually extinguished as part of a $1.35 million settlement, part of which came from his next firm. He allegedly fabricated portfolio statements and contracts to cover it up, deceiving regulators and outside accountants alike.

How Could You Be So Heartless?

Reports that Shkreli has been hit with a $4.6 million IRS tax lien deprived his offer to buy exclusive rights to Kanye West's “The Life Of Pablo” of any credibility—it seems he may not be the successful businessman we were led to believe. Having successfully antagonized everyone, his downfall, should it come, will rightly please many, the more spectacular the better.