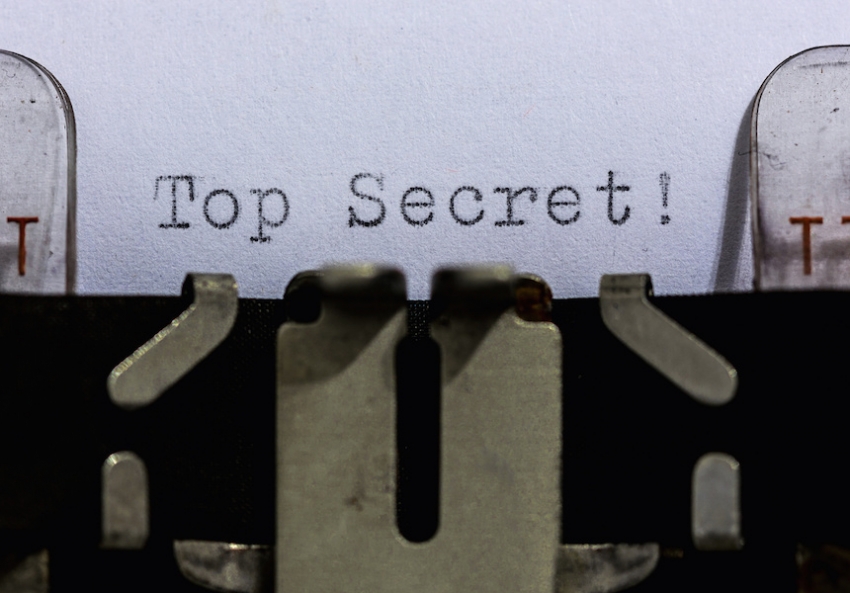 The 2016 election has certainly been a strange one. Typically, people point to the Right’s infatuation with a racist, red-faced conman as a clear example. Yet something strange has been happening on the Left, too.

The latest antics from liberal quarters are related to open government. This week, Vox’s Matt Yglesias made waves (and, probably, a spike in Vox’s traffic) by posting an article provocatively titled “Against Transparency,” arguing that government officials’ emails should be exempt from public records requests. Yglesias and his piece were promptly and roundly mocked by various journalists who make extensive use of the Freedom of Information Act (FOIA) in their work to keep government officials accountable.

Yglesias would later claim that his critics were only reading the clickbaity headline and ignoring the nuanced argument of the article itself, contributing to the outrage. In reality, it’s the argument of the piece that is its biggest problem.

Yglesias’ point is relatively simple: Terrified of leaving an embarrassing paper trail where innocent or completely banal email conversations are later blown out of proportion upon being released publicly, government officials are apparently switching to the use of “inefficient” methods of communication like phone calls or in-person conversations en masse. I say “apparently,” because Yglesias at no point cites any evidence for this supposed trend.

The result of this, according to Yglesias, is that effective government is being hobbled by a fear of disclosure, with officials either avoiding honesty and instead opting to say what they think would look good to the public, or simply dispensing with email altogether.

The crux of Yglesias’ argument is this: “Disclosure laws sit as a constant threat to the adoption and use of efficient communications tools,” he writes. As he later elaborates, “Effective government”—that is, one that’s efficient—“beats transparent government.”

The prizing of efficiency above all other values—including transparency and basic accountability—is a staple of technocratic, one might even say neoliberal, belief. Yglesias would rather the government operate as effectively as possible, and if it needs total secrecy to do so, so be it.

Perhaps he’s right. For most of history, the U.S. government has operated very effectively when officials have had little fear of public accountability. To name just a few of its greatest hits: officials have lied to the public to involve the country in a disastrous war in Vietnam; operated a campaign of dirty tricks out of the White House against their political enemies; embarked on countless illegal operations to depose foreign governments they didn’t like, which have typically come back to haunt the United States; and launched a secret, decades-long war to destroy the civil rights movement and other peaceful activists. The government can be very effective when ensconced in a layer of total secrecy—what it’s effective at is another story.

There are several other problems with Yglesias’ argument, too. Yglesias writes as if the supposed inefficiency created by officials avoiding email (something which, again, he doesn’t demonstrate any evidence of) is a pressing crisis that demands the principle of government transparency be urgently sacrificed. Yet there’s no evidence—and Yglesias never cites any—that this problem, even if it exists, is so great it outweighs the need to keep officials accountable.

Perhaps more importantly, as Vice’s Jason Leopold pointed out, FOIA already allows for the kinds of exceptions to the release of government communications that Yglesias frets about, which the government routinely uses to redact large swaths of documents it releases, often unjustifiably. As a House Committee on Oversight and Government Reform report released in January this year titled “FOIA Is Broken” puts it, one such exemption has come to be known as the “withhold it because you want to” exemption.

Despite Yglesias’ anxiety that a fear of transparency is keeping officials up at night, the report shows just how easy it already is for officials to run around FOIA. Among the report’s findings were that: agencies “overuse and misapply exemptions,” in one case redacting an official’s name and initials so it was impossible to know who was making decisions; they use delays and exorbitant fees to avoid releasing documents; and in some cases, simply outright refuse to release the requested records.

And contra to Yglesias’ assertions—which are central to his argument—there is no evidence that email is a uniquely efficient communication tool. In fact, much evidence suggests the opposite: that reliance on email makes workers less productive and efficient.

No matter. Yglesias’ article was quickly picked up by other transparency-suspicious liberals, such as Mother Jones’ Kevin Drum, who revelled in the “liberal heresy” of opposing transparency.

Drum, however, posed an ingenious solution to the problem of balancing government effectiveness with transparency: “less transparency, but faster, more effective transparency.” How does one have “more effective” transparency while having less of it? Will we somehow be able to read the minds of officials and simply pluck out the most relevant information? Drum never explains, probably because this is not a serious suggestion but an arbitrary “middle ground” stance meant to sound “reasonable.”

At a time when government secrecy is arguably worse than it’s been since the passage of FOIA, why exactly are some liberals suddenly badmouthing transparency? Have they truly had a change of heart and realized the perils of open government?

Of course not. As both Yglesias and Drum make clear, this sudden stand against transparency—aside from the outrage clicks it generates—is motivated almost entirely by petty partisan concerns.

As Yglesias says, “It’s impossible to write about this issue in today’s environment without thinking of Clinton’s use of a private email account while serving as secretary of state.” Sure enough, the sole example of transparency run amok that Yglesias cites has to do with one of the emails released from Clinton’s private server, which he argues is an example of a banal exchange being turned into a scandal. Similarly, Drum argues that Clinton “is a real object lesson in how FOIA can go wrong when it’s weaponized,” which makes now “the perfect time to talk” about a middle ground in transparency.

Such attacks against FOIA have occurred frequently throughout its history. The difference is, it’s typically governments and public officials who have led the charge to weaken the law, not journalists. Unsurprisingly, journalists are usually on the other side of this battle.

Congressman John Moss, the “father of FOIA,” took 12 years to cobble together the support to get FOIA passed. A whole 27 federal agencies testified against the law, claiming, like Yglesias and Drum, that the inability to operate in secrecy would debilitate government’s ability to operate effectively. Standing against federal agencies’ protestations, unlike Yglesias and Drum, were journalists, who along with scientists and educators argued for the need for more transparency. The Washington Post’s executive editor and one of the Des Moines Register’s investigative reporters played a key role in its passage, working with Moss to drum up public support for the bill.

Congress overwhelmingly passed the bill in 1966 and a furious Lyndon Johnson—who feared the law would expose his administration’s lies over Vietnam—signed the bill at his Texas ranch with no ceremony or television cameras. He was pushed to do so by a number of newspaper editors, who personally called him to urge him to sign the bill. Johnson made sure, however, to issue a signing statement with it that weakened the law by making exceptions for military secrets. He partially foreshadowed Yglesias and Drum’s arguments, warning that officials could not “operate effectively” if their decision-making processes were made public.

The law had numerous flaws that rendered it ineffective, and was only strengthened by the passage of amendments in 1974. It was Donald Rumsfeld, Dick Cheney and Antonin Scalia, those champions of effective, efficient government, who convinced Gerald Ford to veto the bill. Fortunately, Congress overrode his veto.

The Reagan administration tried similarly to limit the effectiveness of FOIA. One of Reagan’s attorney general’s first actions was to instruct government departments to try harder to resist FOIA requests. The administration then tried, unsuccessfully, to pass a host of restrictions to the law that today’s Clinton-supporting pundits may have been enamored with, including near total exemption from the law for intelligence agencies like the CIA and NSA, a 10-year moratorium on records from law enforcement agencies like the FBI and jacked-up fees for processing requests.

Since then, politicians have continued to periodically take shots at the law and greater transparency. The Bush administration issued guidelines to federal agencies that severely limited the release of FOIAble records, and its hostility to transparency came to be strongly opposed by journalists. Just last year, Republican Senate Majority Leader Mitch McConnell tried to slip what would have been the first new FOIA exemption into the annual defense authorization bill. Meanwhile, the Obama administration has set a record for either censoring government records or simply not releasing them under FOIA.

Of course, other than Johnson and Obama, these have all been Republican-led efforts, so no peep was heard from liberal pundits about the dangers of transparency then (in fairness, Obama has received plenty of criticism from journalists for his appalling record on secrecy). It’s no coincidence that their deep concern for “effective government” has only been awakened when public records have hurt their preferred Democratic candidate. There’s no doubt that even a single term by a Republican president would be enough to reverse their positions about the importance of “efficient government.”

For the record, here are just a few of the numerous stories that once outraged liberal pundits and would not have been broken if public records requests exempted emails:

This is only a small sample of the kinds of major and important stories that are regularly published thanks to emails being made available through records requests. It’s hard to argue some vague and questionable notion of a more “efficient government” outweighs the news value of such reporting.

And while the majority of the Clinton emails might be banal minutia (a point you could make about the most corrupt public officials’ email accounts), and the media may have a habit of overblowing certain of her exchanges, here are some of the legitimate revelations the public is better off knowing thanks to Clinton’s emails being released:

Government transparency seems to now have joined single payer health care and the corrupting influence of money as areas in which the Clinton-supporting Left has done a complete about-face when the issues in question affect their preferred presidential candidate. The trouble with election campaigns is that they lead individuals to become emotionally invested in a candidate, at which point they’ll revise just about any long-held principle to accommodate their support.

It’s too bad. Journalists were once on the front lines in the battle over ensuring transparent government. Now, poisoned by the all-encompassing partisanship of a presidential election, they appear to be on the forefront of calls to gut it.