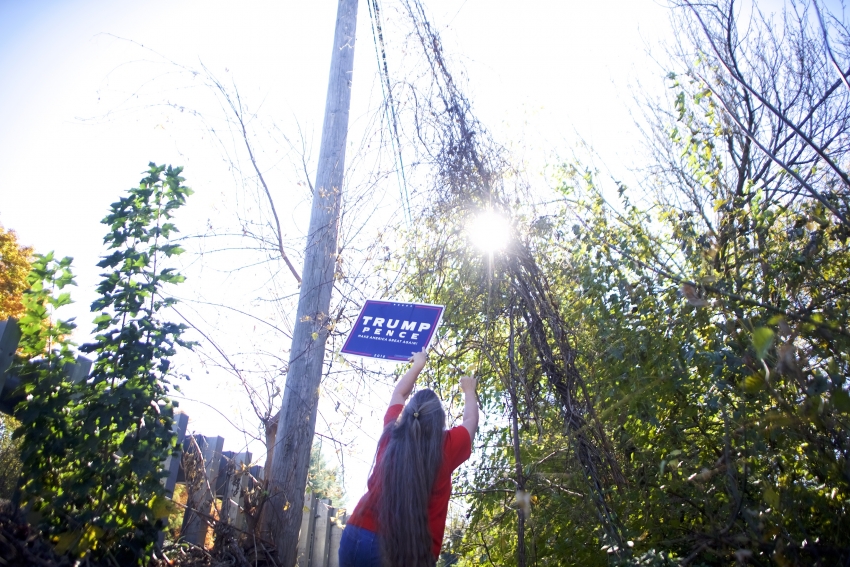 Too many people feel left behind—by the economy, Washington and by broad changes in the culture. (Photo by Mark Makela/Getty Images)

Trump Won Because Democrats Have Lost Touch With the Working Class

The Republican nominee tapped into the anger, pain and fear that motivated voters this election.

"We must go beyond the borders of our cities and beyond the easy coalitions we’ve relied on if we want to build the kind of mass politics that we know are best for our families, our nation and the fate of the earth."

Like all progressives, I take no joy in the rise to power of a man who traded on xenophobia, racism, misogyny and fear to pave a path to the White House. But I was not surprised by his victory. Attacked by my friends for being a “nabob of negativity,” I have long believed that Donald Trump could win.

More than a year ago, I wrote about how Oreo cookie maker Mondolez International planned to ship jobs from Chicago to Mexico, ostensibly, to save money. I called for a boycott. I appealed to elected officials, friends, other Democrats, unions and others. None responded.

But hundreds of thousands of ordinary people did and, to my horror and surprise, so did Trump. It was more than troubling that only Trump saw the shutdown of an iconic American company as an issue that merited attention. It was in that moment I knew he could win.

How could both the Democratic Party and the self-appointed left ignore an issue that not only deprived Hispanic and African-American workers of well-paying jobs that supported their families and communities, but was also a vivid indicator of a process—globalization—that has eaten away at the core of the nation’s working class?

Trump’s chances grew even more apparent to me during the primary season, as it became clear just how out of touch the Democratic Party was from the working class. Could Bernie Sanders have bested Trump? I’m not certain but I do think, as do many others, that he was far more in touch with the anger, pain and fear that motivated voters this election. Too many people feel left behind—by the economy, Washington and by broad changes in the culture.

How did this happen? One factor in particular stands out to me: Both the Democratic Party and the left have given up/ abandoned/ lost touch with the working class.

It was easy to do. As demographics changed, Democrats and the left were able to cobble together coalitions of urbanites, women, African-Americans and Latinos that won elections with slim pluralities. While I have always been a critic of Todd Gitlin’s and others critique of identity politics, it may be true that the left abandoned the fundamentals of class politics and drifted into the comfort of identity politics, mistaking the ability to mobilize a slim plurality for real power, at its peril.

Ironically, this tendency to reach out and talk to only those with whom we are most comfortable has been exacerbated by the vote-targeting tools developed during Barack Obama’s electoral victories and lauded by the technocrats who now control campaigns. Rather than strategies that focus on new constituencies and persuasion, today's campaigns are built on identifying and targeting a much more narrow band of voters already most likely to vote for a particular candidate—providing a short-term win perhaps, but one with dire long-term consequences.

We are in for a difficult period.

Our cities are diverse and will remain bastions of progressive politics. But right-wing Republicans will now control all branches of the federal government and the majority of states. We must go beyond the borders of our cities and beyond the easy coalitions we’ve relied on if we want to build the kind of mass politics that we know are best for our families, our nation and the fate of the earth.