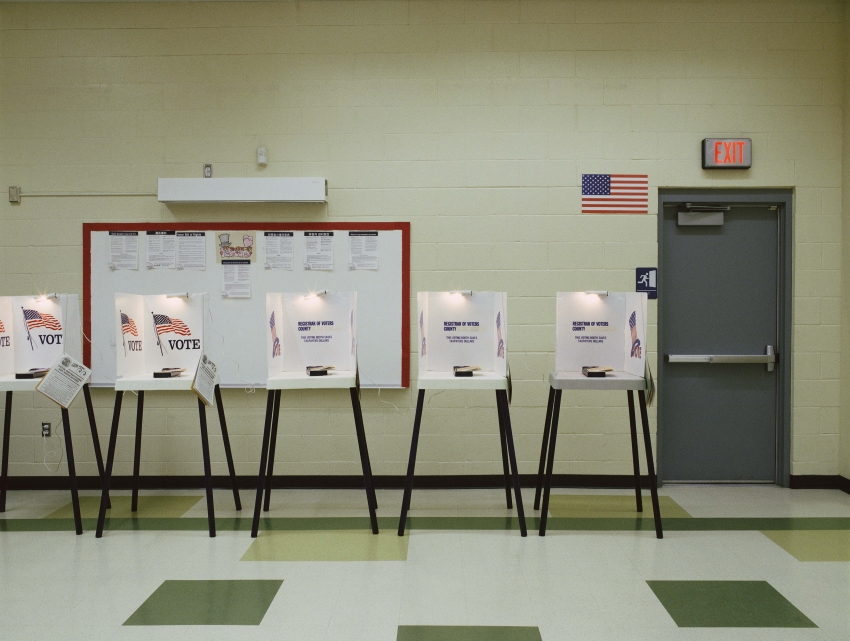 Don’t Blame Voters of Color for Not Turning Out. Blame Voter Suppression and the Clinton Campaign.

Liberals took people of color’s votes for granted, while conservatives kept them from the polls.

At least two factors present themselves: voter repression from conservatives and a failure of the Clinton campaign to adequately engage with communities of color and reflect their interests.

In fact, they began even before the election, as early voting results in the preceding weeks indicating a depressed black turnout sparked a flurry of alarmed news pieces, what Jason Johnson called “pre-emptive finger-wagging at black-voters [who] don’t get their souls to the polls for Hillary Clinton.”

That “finger-wagging” from white liberals and crowing conservatives only worsened on Tuesday night, once Clinton’s loss became apparent. On social media, these people blamed her loss on voters of color for not turning out—or for voting Republican in larger margins than in the past.

But our focus should not just be that voters of color weren’t getting to the polls; we should seek to understand the reasons why they weren’t. And at least two factors present themselves: voter repression from conservatives and a failure of the Clinton campaign to adequately engage with communities of color and reflect their interests.

It is true that turnout was down from 2012, particularly among African Americans. The early voting numbers predicted several percentage point drops in key states like Florida and North Carolina.

But they can hardly be faulted for being the victims of voter repression. For years now, the left and liberal Democrats in this country have fought strenuously against discriminatory voter ID laws and other measures that would restrict ballot access for people of color.

In some cases, we have been extremely successful, such as when a federal appeals court struck down North Carolina’s voter ID law in July for attempting to “target African-Americans with almost surgical precision.”

But elsewhere, we failed. In North Carolina, Mother Jones reports, black early voting turnout took a significant hit due to the elimination of early voting on Sundays. In part for that reason, 65,000 fewer black Americans voted early in North Carolina this year as compared to 2012—and Hillary lost the state by just 177,000 votes.

In Wisconsin, many voters failed to get the ID they needed in time for the election. As of late September, according to The Nation, “﻿Nine percent of registered voters in Wisconsin don’t have a valid voter ID and many are still struggling to get the documents they need to vote in November.” Hillary ended up losing Wisconsin by less than 30,000 votes.

Aside from systemic voter suppression, old-fashioned outright voter repression also made an appearance at the polls yesterday. Alternet kept a running feed throughout the day of “reports of violence and intimidation.” At 11:30am, they noted that “Scattered reports of voter intimidation in Florida are emerging.”

At 2:15, they quoted Edward Hailes of the voting rights group the Advancement Project as saying, “What has really caught our attention are attempts at intimidating voters and even the advocates that are there properly to assist and advise voters as they go into their polling place.”

Mother Jones reported that a man in Michigan pulled two women in hijabs out of line at a polling place. Throughout the day, this man had “appeared to be challenging only minorities and asking them where they were registered to vote.”

Donald Trump had, after all, strongly encouraged the deployment of “poll watchers” to voting locations in order to ensure that the election wasn’t “rigged.” One of these poll watchers wore a shirt bearing the message, “Put the White back in the White House.” In Medford, Mass., a polling place refused to remove a large banner reading “All Lives Matter,” even when challenged by the local NAACP branch.

These and other incidents could well account for depressed turnout. And these are the sorts of decisions that make or break elections: Many states this year were exceptionally close. At the time of this writing, Michigan is too close to call with Trump ahead by just 8,000 votes; in New Hampshire, Hillary leads by 1,500 votes; and in the key state of Pennsylvania, Hillary lost by just 68,000 votes.

Yet, we can’t lay all of the blame at Donald Trump’s feet. Hillary Clinton bears some responsibility for this loss as well – as the dust clears, it’s becoming increasingly clear that her campaign simply took voters of color for granted.

This isn’t a shocking revelation—commentators have been making this argument for months, and as early as February even Clinton’s campaign was aware that this sentiment existed, though they didn’t know how widespread it might be. But it’s difficult to deny that Hillary appears to have made the same crucial mistake that Bernie did in the primary, in failing to invest in a strenuous outreach campaign for voters of color.

By turning the election into a referendum on Donald Trump, and by assuming that that was enough to motivate enough voters of color to turn out for her, Hillary didn’t give these constituents the genuine respect and attention they deserve.

L. Douglas Wilder, who was elected America’s first black governor in Virginia in 1990, noted this September that “When I ran for office, I never mentioned my opponent’s name. I always said, ‘Vote for me for these reasons.’ Even today, [Clinton] still needs to develop a message.” He even went so far as to argue that Trump was doing a better job of outreach to black Virginians, saying “Whether it’s genuine or legitimate or not, at least he’s doing it.”

And it may well account not only for decreased turnout, but why Clinton got significantly less support from voters of color than Obama: According to exit polls, there was a seven-point shift in black support towards the Republican candidate, as compared to 2012. For Hispanics, it was an eight-point swing to the right, and for Asians, an eleven-point swing

That may well be one of the lasting legacies of this election—not only did Hillary Clinton entirely fail to make an effective economic appeal to a disaffected white working class, but she also failed to truly reach out to the communities of color she so desperately needed to win.

Whether or not this cost her the election is up for debate, but it will be an important lesson for progressive candidates moving forward – one that both Bernie and Hillary learned the hard way.