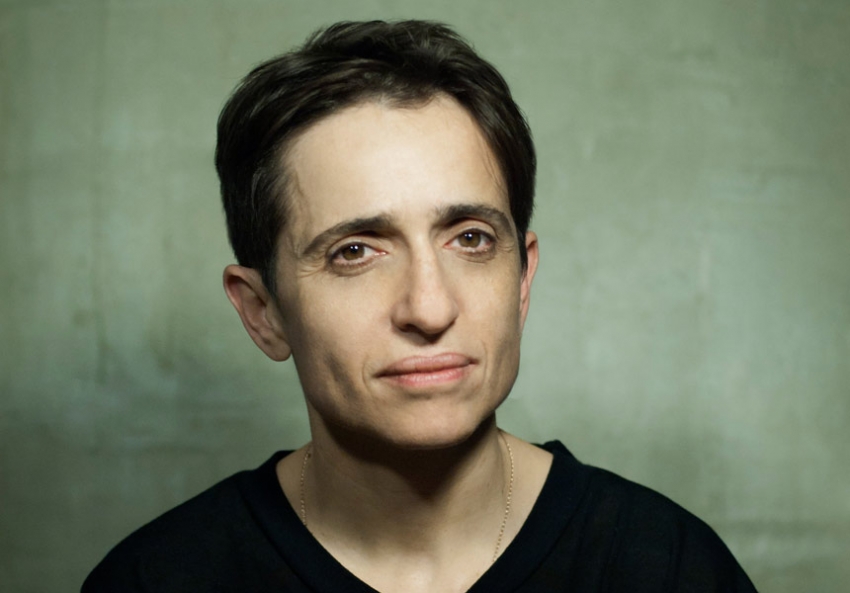 Russian Dissident Masha Gessen on Why Outrage Is Not Optional

She puts her hopes in civil society and a vibrant public sphere.

"If you have the luxury of being able to go out and protest, and being able to resist, you’re also doing that for somebody who can’t."

Russian journalist and dissident Masha Gessen began her career in the 1980s, cutting her teeth in the gay and lesbian press in the United States. In Russia, Gessen risked her life to chronicle Vladimir Putin’s autocratic excesses, the country’s dissident movements and violence against the country’s LGBTQ community. She was beaten on the steps of parliament in June 2013 for protesting Russia’s infamous anti-gay law. As a gay parent with three children, Gessen was at risk of losing custody of her family as a result of the legislation. She is now settled in the United States, where she continues to cover the political dysfunction of Russia.

She is also one of the most important oppositional voices in Trump’s America. Following the election, she wrote a touchstone piece on how to approach a terrifying political future in The New York Review of Books, titled “Autocracy: Rules for Survival.” Currently, Gessen is a writer-in-residence at Oberlin College.

In These Times caught up with Gessen by phone to talk about democracy, resistance and the role of the independent press. This conversation has been edited and condensed.

You’ve discussed mass murder and nuclear holocaust as real possibilities in the United States. How does American exceptionalism jibe with this threat?

American exceptionalism suggests that the basic structure of the country—the system of checks and balances and the foundation of American democracy—is solid and safe forever. And that’s a dangerous concept because democracy is not the sort of thing that you build and then live in. Democracy is a work in progress. There’s never been a system of governing that responds to the needs, desires and political aspirations of all people. It needs to be constantly reinvented. If you decide that a country has built democracy once and for all, then chances are it’s becoming less democratic.

How would you describe democracy?

Democracy is difficult to define in the sense that I’m using it. But when people say “electoral democracy” and distinguish it from “liberal democracy”—a normal thing to do in political science—that’s a bit misleading. Democracy is not just a system of electing political representatives through some sort of vote; it is also always and inevitably a liberal system that protects all parts of the population. And that has to be an ongoing project. It’s never completed. I would also argue that even electoral democracy has to be an ongoing project. Not only is the system of elections never protected and perfect, but the very question of whether an electoral system serves representation well is a question that needs to be constantly asked.

The presidential election has sparked a conversation about the role of the CIA and FBI, and some liberals in the United States have taken a political position that even a CIA coup against Trump would be welcome. How should the Left approach the interference by organizations like these?

If suddenly, tomorrow, there’s a military coup, that may not be a horrible thing. I sort of agree with some people who say, “Anything is better than him.” In a static imagination, where we go directly from here to there, anything is better. The problem is, how much of American democracy do we actually destroy in the process? If we have destroyed trust in the media, if we have destroyed the understanding of government being separate from the intelligence agencies, of media being separate from the intelligence agencies, if we’ve destroyed all that, then the chances of recovery are that much more difficult.

The Women’s Marches after the inauguration were huge. There were mass protests at airports following the Muslim ban. Do you place any hope in the resurgence of the Left as a bulwark against Trump?

How can civil society protect itself either practically or psychologically?

That’s a great question. It separates the practical and the psychological. We need to take stock of what is normal now, and make sure it is protected. American culture is militantly protective of the rights that people have. The government will try to abridge the right to protest or the right to assembly, and that needs to be fought all the way.

To give you an example of how it can play out differently: In Russia, protests didn’t begin until 2011 and 2012, after society was in an extremely sad state. They were massive protests. But they would look weird to any Westerner because the protests would always be in these cordoned off spaces. In Russia you had to ask for a permit to hold any kind of protest or march. And when you got a permit, it would designate a specific location and a specific number of participants that you could have, and the police would cordon off the location that you had received your permit for. You couldn’t actually get to the protest unless you were a participant. So there was no interaction between the intentional participants in the protest and the unintentional audience—the public. So something like the protests at airports couldn’t happen in a country like Russia, because they were spontaneous and unsanctioned.

A lot of people ask, “How do I stay outraged? How do I keep resisting without getting exhausted?”

That first question supposes that not being outraged is optional. When you say outrage is optional, you are saying you are not part of one of the groups that is being targeted. You are someone else. Protest is also a work of solidarity. If you have the luxury of being able to go out and protest, and being able to resist, you’re also doing that for somebody who can’t, somebody who has a green card, for example, or somebody who’s undocumented. That is an important psychological mechanism to keep in mind.

The second question is harder to answer. How do you stay sane in a constant state of battle? The answer is that you really kind of don’t. We’ve already been driven completely insane by Trump. You try to talk to people who are different from you, try to be out in the community—that’s also a part of resistance, maintaining our public space in the media and on the streets, making sure we don’t cocoon ourselves by only talking to people who agree with us. I’m not one of those people who subscribe to the liberal-bubble mantra. What we have in this country is a pronounced right-wing and Breitbart bubble, and a pretty healthy public sphere for the rest of the country. So we need to keep it healthy by continually exposing ourselves to a spectrum of opinions, a spectrum of different people.

How well has mainstream American media covered Trump so far, and what is the role for the independent press?

The other thing we have here that other countries don’t is an amazing media, and more amazing than it was 10 years ago. Under Trump there’s been a period of reinvigoration for a lot of journalists. Jay Rosen has written that we have to give up access journalism and cover this administration from the outside in, rather than the inside out. This country has a rich tradition of journalists working from the outside in.

We have lessons to learn from how the gay press covered the AIDS crisis. When the gay press became a vehicle for information about treatments, there was no internet. You could get information about potential treatments from your local gay rag or ACT UP flyers at meetings. Journalists had to educate themselves on how the federal government regulated medication, and on biology and pharmacology in order to be able to read medical papers and write about them for an audience. Nobody invited us to briefings. That is the history of the media in America. You don’t have to strain your imagination or go to faraway countries to learn how to do outside-in reporting.