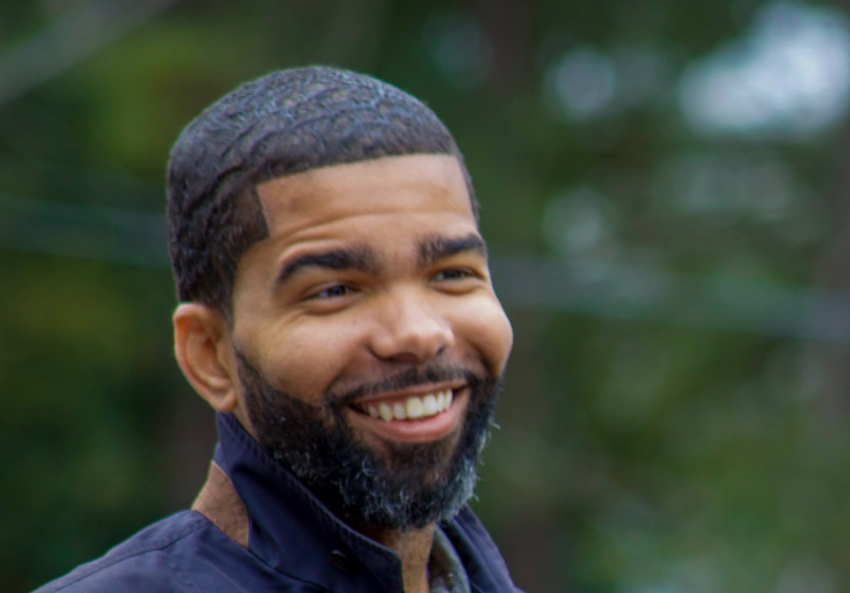 Chokwe Antar Lumumba is running an unabashedly radical mayoral campaign in the heart of the South. (Courtesy of the Lumumba campaign)

The upcoming mayoral race pits a radical future against the neoliberal status quo.

Black politicians have often won and kept elected office through accommodation rather than demands for systemic change.

No 2017 election better exemplifies the crisis within the Democratic Party than the mayoral race in Jackson, Miss. In the May 2 primary (the only contest that matters in this deep-blue city), the incumbent is a business-backed former pastor who’s sold off the city to corporations while slashing public services. His leading opponent is a civil rights lawyer steeped in a tradition of Black self-determination pioneered by Fannie Lou Hamer and Malcolm X.

What happens in Jackson will have profound implications for Black electoral politics. As Keeanga-Yamahtta Taylor and Kevin Alexander Gray, two critics of the Black establishment, have noted, Black politicians have often won and kept elected office through accommodation rather than demands for systemic change, and gains in Black political representation have failed to produce material gains for the average Black person. This failure is especially acute in the South, where the white planter elite has co-opted Black leaders into an already existing political structure, as documented by Hasan Kwame Jeffries in Bloody Lowndes: Civil Rights and Black Power in Alabama’s Black Belt.

Jackson may be an early indicator of a turning point. In 2013, after an unprecedented primary upset, Detroit-born civil rights lawyer and Black nationalist Chokwe Lumumba was elected mayor. He campaigned on expanding community control of city institutions and fixing crumbling infrastructure, as well as democratizing city contracts and eliminating corruption. And he was open about his radicalism. He said in 2013, “A system that is built on white supremacy, a system which is based upon capitalist exploitation, is not a system which is going to save people.” Unfortunately, he died just seven months later.

The elite coalesced around Tony Yarber, a city councilman who beat out Lumumba’s son, Chokwe Antar Lumumba, for mayor.

Yarber’s tenure has been a study in neoliberal patronage politics that benefits a tiny few at the expense of the many. From Lumumba’s predecessor, Harvey Johnson Jr., Yarber inherited a $91 million contract with the multinational conglomerate Siemens to automate water meters, leading to one problem after another, including sky-high bills and broken water lines. Yarber—who received $30,000 in campaign contributions from a retired Siemens subcontractor, Socrates Garrett—has instituted no oversight over Siemens, even as residents clamor for a lawsuit. Meanwhile, he privatized Jackson’s transit agency, JATRAN, leading to complaints of a marked deterioration in the quality of service. He also outsourced $13.8 million in sludge-hauling work that could have easily been done by city employees.

The high bills from Siemens and other contractors have been used to justify an austerity program, with city workers laid off and furloughed, cuts in bus services, and deferrals of basic maintenance. The sewer system has so deteriorated that tens of thousands of residents lost water service in February.

Smelling blood, the Tea Party-dominated county and state legislature are moving to take control of various parts of Jackson: the school district, the airport and the business district surrounding the Capitol.

Enter Chokwe Antar Lumumba, who is again running against Yarber. Like his father’s, Lumumba’s campaign centers around good governance. He pledges to take on Siemens, stop outsourcing city work and end the furloughs. Lumumba also wants to push the state for more funding, without more top-down control. While Mississippi’s legislature is rightwing, it is susceptible to organized pressure, particularly from the capital. The elder Lumumba and his allies succeeded in getting the legislature to make desperately needed investments in Jackson’s infrastructure. Like his father, the younger Lumumba brings the clout of a local movement for economic justice and Black self-determination, anchored by groups such as the Malcolm X Grassroots Movement and Cooperation Jackson, which have deepened their base over the past few years by developing a network of cooperatives and a community center.

In 2014, Lumumba and his team had little time to organize a campaign—while the old guard quickly united around Yarber. This time, Lumumba and his allies have spent years building their electoral infrastructure. The seeds have been planted.

Another Political Revolution in New York? Insurgent Jamaal Bowman Now Has Bernie and AOC on His Side