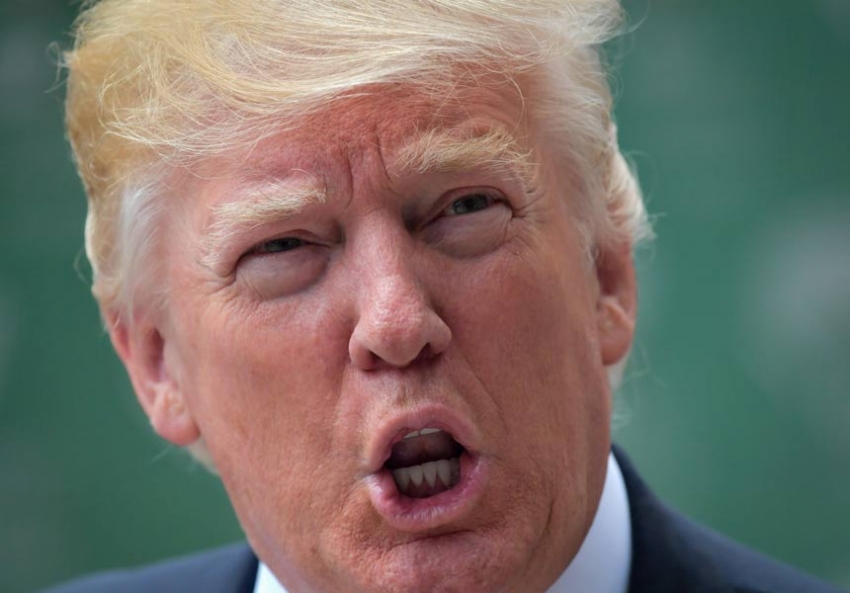 Even by Trump’s Own Standards, His Budget Is Terrible

Trickle-down tax cuts and slashes to social spending aren’t the path to a competitive economy.

What has made the United States a world leader in non-military enterprises has been its system of higher education, and its investment in research and development.

Immoral. Cruel. Heartless. These are just some of the words immediately hurled at Trump’s proposed budget and its cuts aimed at children (their suffering the stated reason he bombed Syria), the poor, the sick and the elderly. And the budget is all of those things. But here’s a word we need to hear more: stupid. Trump’s budget only works within the trickle-down theory of economics, the discredited idea that massive tax cuts for the wealthy yield massive economic growth.

Trump’s proposed cuts would seriously undermine America’s economic health and competitiveness as a world power. For a guy who cares only about “who’s the best,” his “New Foundation for American Greatness” budget—its obvious heartlessness aside—is really a “Let’s Not Compete” budget.

If Trump and his craven right-wing supporters really wanted to “make America great again,” they would look to what China is up to right now, to what European countries with a strong middle class are doing (countries whose rankings on multiple scales like gender equality, infant mortality and health outcomes are miles better than ours), and even to what the United States has done in the past.

First, let’s get the utterly obvious out of the way. Of the five countries with the largest economies—the United States, China, Japan, Germany and the United Kingdom—the U.S. spends by far the most on its military: $611 billion last year alone. The other four spent $351 billion, combined. The last thing we need is a 10 percent increase here. (Meanwhile, government spending as a percentage of GDP—on everything from the military to healthcare and retirement—is 39 percent in the U.K. and Japan, and just under 21 percent for us. And that’s before the proposed “austerity” of Trump’s budget.)

What has made the United States a world leader in non-military enterprises has been its system of higher education, and its investment in research and development. Our college and university system remains the envy of the world. But Trump is proposing cutting the federal education budget by 13.5 percent, targeting, in part, student loans, which would make it even more difficult for low-income students to go to college. China, on the other hand, is determined to raise the rankings of its universities by investing heavily in them, spending $2.2 billion in the first phase of a five-year program. China is also pouring money into research and development and is now number three behind Japan and us.

If one looks at R&D expenditures as a percentage of GDP, South Korea is now number one, devoting 4.3 percent compared to our 3 percent. Also ahead of us: Israel, Japan, Finland and Sweden. Trump’s Let’s Not Compete budget proposes slashing funding to the National Science Foundation (11 percent cut), the Centers for Disease Control, the National Institutes of Health and the National Cancer Institute ($1 billion excision). All told, this would be a 17 percent cut from overall federal research.

And then there are those tax cuts for the billionaire classes (as of yet totally unpaid for) that supposedly will unleash a torrent of growth, a claim utterly unsustained by historical fact. Currently, our top marginal tax rate (for those making over $418K) is 39.6 percent (not that many of those people actually end up paying that). Under Dwight Eisenhower, the top marginal tax rate—that paid by those in the highest income brackets—was 91 percent, and as proposed by John Kennedy and enacted by Lyndon Johnson, 70 percent. Yet GDP growth and job creation—as well as a significant increase in median income—were strong under all three, and especially under Kennedy and Johnson. The Kennedy-Johnson tax cuts did reduce the taxes paid by the wealthy, but were targeted especially to benefit average wage earners. The result? According to economic historian David Shreve, everyday people spent more, leading to what was then “the widest prosperity and longest unbroken run of growth in history.”

So if Trump and the Republicans want to drive us into a ditch with this budget, yes, progressives must emphasize its rank cruelty. But we must also reiterate, in terms Trump may understand, that it is a blueprint for ensuring America abandons its intellectual leadership and everything that makes for the economically strong, competitive country that, at one time, enabled the creation of a thriving middle class. In other words, it’s a stupid budget—a budget for losers.