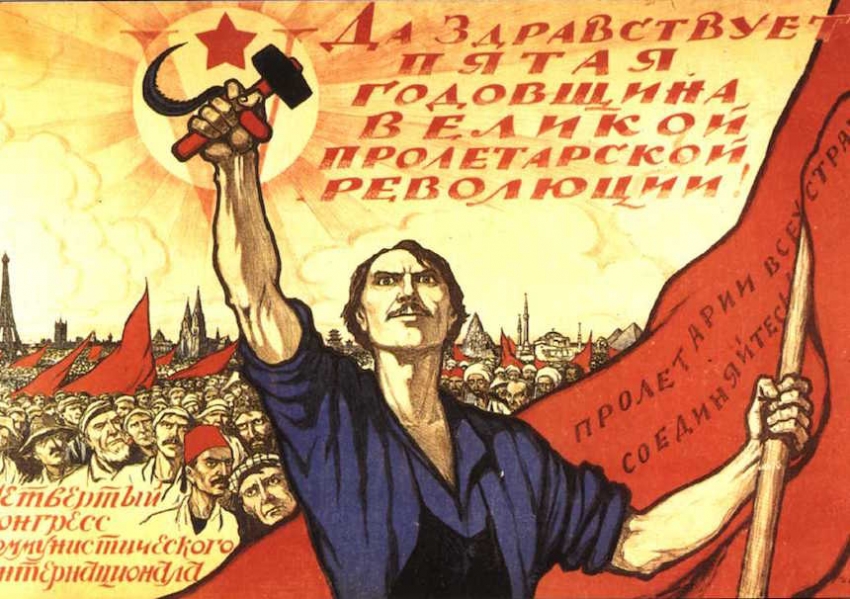 To mark the 100th anniversary of Russia’s 1917 revolution, science fiction writer China Miéville re-examines the extraordinary 10-month period when the country threw off tsarist autocracy and transferred power to worker assemblies known as soviets. Miéville’s account unfolds like a novel, complete with tragically flawed heroes and thrilling scenes of worker revolt—and a horrifying epilogue that doesn’t shrink from what followed.

The abuses of the Soviet Union tainted the ideal of communism, but for much of the post-Soviet world, the ravages of neoliberalism also sullied the ideal of free-market democracy. Ghodsee documents the fallout of rapid market reforms in Eastern Europe after the Iron Curtain lifted. In one chapter, Ghodsee interviews women who insist that, thanks to relative economic parity between the sexes, they had better sex under socialism.

Journalist John Reed’s eyewitness account of revolutionary Petrograd in 1917 is still an unrivaled classic of reporting. For just the CliffsNotes, you can always watch the movie Reds. (Tip: If you turn it off at intermission, it’s like Stalinism never happened.)

This fable of a socialist utopia on Mars is decent as science fiction, but it’s even more interesting as foreshadowing. Bogdanov, a close associate of Lenin, wrestled in his novel with many questions the Bolsheviks would eventually have to answer in real life.