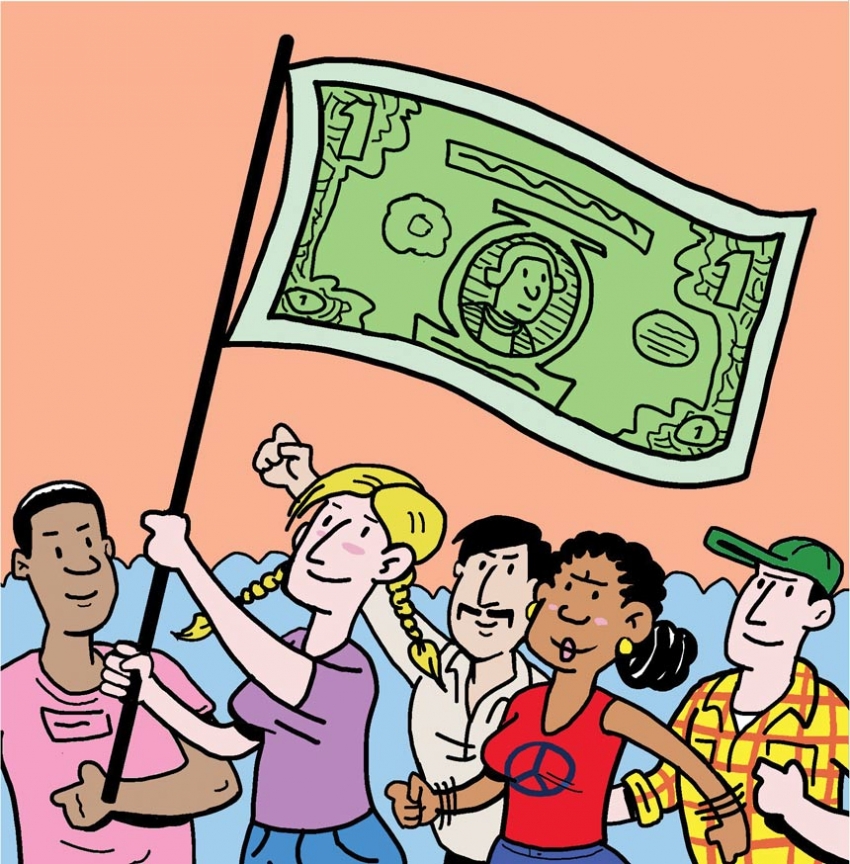 Building an Alternative to Capitalism From the Ground Up

A primer on the solidarity economy.

“There is no blueprint. We’ve had two blueprint disasters in the past 50 years: centralized socialism and corporate capitalism. We need something different.” —Filipino sociologist Walden Bello, speaking at the 2002 World Social Forum in Brazil

What Sorts of Institutions?

Do We Really Need a New Economy?

It’s hard to look at rising inequality and rising temperatures, shrug one’s shoulders, and say the present economy is fine as it is. But it’s one thing to critique the old, and another to actually build something new. Reformists see solidarity economy efforts as a way to “fix” capitalism; for some socialists, they’re a stopgap to help people get by until the Left seizes the state. But some enthusiasts see the solidarity economy as both the means and the end: a bottom-up, fully functioning economy outside of capitalism, eventually replacing it entirely.

So, Does It Work?

Plenty of individual worker co-ops (around 300 in the U.S.), community gardens and other solidarity economy institutions are flourishing. Many, too, struggle to take off in the capitalist marketplace—traditional funding sources aren’t always too enthused about the whole “people and planet over profit” thing. But various organizations are experimenting with alternative finance methods, and groups like the New Economy Coalition are trying to link these scattered efforts into a larger, more resilient movement. Nowhere has this vision been fully realized, but advocates from Jackson, Miss., to Cleveland to Barcelona are making progress.

As Goes Jackson, So Goes the World?

Well, only sort of. But the idea isn’t to export one city’s model and create Jackson clones across the planet. After all, the term “solidarity economy” originated decades ago in Latin America, and economies built around mutual aid far predate capitalism. Different communities live in different social and ecological contexts, and when given the chance to operate democratically, will come to different conclusions. What solidarity economy advocates want, then, is not a cookie-cutter utopia, but the grassroots construction of a million new societies in the hell of the old.

This is part of “The Big Idea,” a monthly series offering brief introductions to progressive theories, policies, tools and strategies that can help us envision a world beyond capitalism. For recent In These Times coverage of the solidarity economy, see, “Turning Capital Against Capitalism,” “Detroit's Underground Economy” and “How a Maryland Town Is Turning Its New Deal Past Into a New Economy Present.”