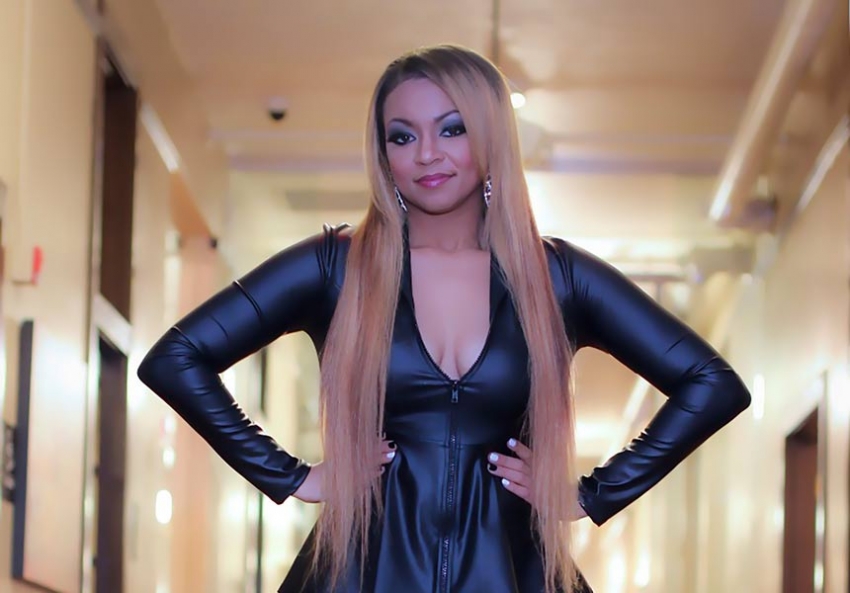 Edelia “Dr. Jay” Carthan is at the forefront of a movement to remove the Confederate “stars and bars.”

"You can't be proud of both civil-rights and slavery."

Edelia “Dr. Jay” Carthan, a native of Mississippi and an assistant professor at Tougaloo College, is at the forefront of the movement to remove the Confederate emblem of a cross and stars from the state’s flag (the last in the country to bear it).

The group she cofounded, Take It Down America, has held demonstrations across the South and at the U.S. Capitol. The group’s next planned action was at the opening of the Mississippi Civil Rights Museum in Jackson on December 9, but those initial plans changed when President Donald Trump announced he would attend the museum’s opening.

What initial action did you have planned at the opening of the Civil Rights Museum this weekend?

We didn’t want to protest the museum but we did want our voices to be heard. The state flag still carries the Confederate battle emblem, it's a direct contradiction to everything that's in that museum. So how are you going to remember this history, but at the same time, keep waving this flag that represents slavery?

Now that President Trump is attending, what has changed?

Now, it's gone from a demonstration to a boycott. There is nothing that President Trump, Governor [Phil] Bryant or former Governor [Haley] Barbour have done to improve civil rights in Mississippi. Being at the opening is just a photo op for them to look like nice, good white people.

They're making money off of our hurt and pain and not doing anything to correct, help or recognize what slavery did to an entire race of people. It's contradictory in itself, them being at the museum opening, especially while the state flag still has the Confederate flag on it. You can't be proud of both civil-rights and slavery.

Why did you get involved in this fight?

I grew up in Tchula, a small Delta town. Emmett Till was my cousin. My father was the first black mayor of Tchula since Reconstruction. He refused to be their boy and run the city how the white power structure wanted him to, and he spent much of his administration behind bars because of false charges related to the murder of a political rival.

He was facing the death penalty. People around the world got involved because they knew he was innocent. I went to court and marched on my father’s behalf.

He was eventually acquitted of the murder charge. If Mississippi wants to move forward and heal, we have to be honest about what that flag means and stop saying it represents “heritage.”

What does the cross and stars mean to you?

It’s a heritage of hate. The Confederacy fought against integration and to keep the institution of slavery so that my group of people, African Americans, wouldn’t be free. We would not have the same rights. We would not even be U.S. citizens. I think that the flag should come down and this shouldn't even be an issue that we're discussing in 2017.

What memories of your father stick with you?

One is when he delivered his own closing argument. He was in law school when people asked him to run for mayor. As a girl, I heard him asking officials to be who they said they were on paper: for freedom and liberty for all. Today, 40 years later, my father is in office. He’s a supervisor in Holmes County.

The memories of seeing him fight for his life with his words resonate with me. I use my voice to fight for others to make sure what happened to my father never happens to anyone else.

What actions have you taken to get Confederate flags removed?

It’s not just a Mississippi problem. It’s a national problem. Locally, we’ve had marches in Jackson and sent information to schools letting them know they have the right to take the flag down. It’s Mississippi law that schools fly the flag. One of the main problems I’ve found with my research is many people don’t know what the flag actually means. So they’re not offended by it. We want to educate people.

What do you say to people who argue the flag is important because of its history?

Put it in a museum. The official state flag should represent all residents of the state. It certainly doesn't represent me and my history and my family. I don't see any hospitality in that flag—I see hostility, hate and separation.

Do other struggles to remove symbols of the Confederacy around the country give you hope for Mississippi?

Yes. It's been about three years since we started this journey and I've seen things change. That's what really gives me hope. From the first press conference that I took part in, all of the schools had their flags up. I've seen Mississippi State, Delta State and other schools, one by one all, have their flags taken down.

This in an expanded and updated version of an interview that appeared in print.