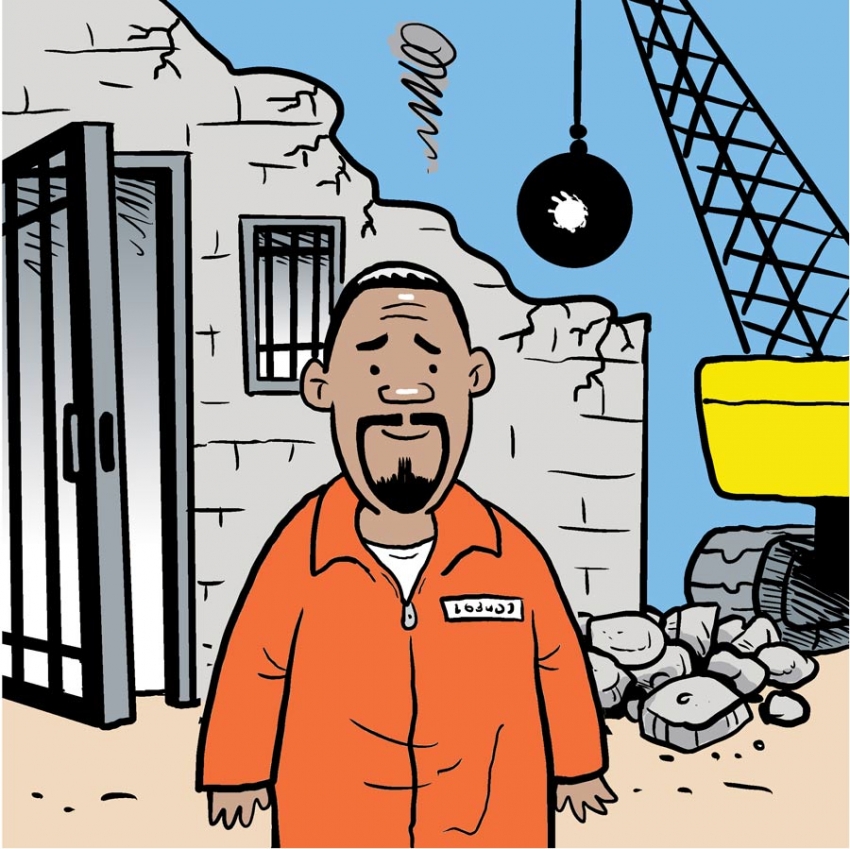 A Brief Case for Prison Abolition

We know prisons are racist, classist and abusive. Are they also obsolete?

1. The dismantling of the prison system; the end of coerced confinement as punishment
2. The construction of alternatives to prison and of a world that disincentivizes violence

Whatever politicians might say, abolitionists argue that the current prison-industrial complex isn’t designed to solve crime—after all, three-quarters of people released from prison are rearrested within five years—but rather to warehouse the poor, drug addicted and mentally ill. And there’s a racial element as well: Black Americans are around five times more likely than whites to find themselves behind bars, often for minor offenses, while many who pose a bigger threat to society get Oscars, golden parachutes and seats in Congress.

Why Not Just Make Prisons Better?

It’s true that not all prisons are as sadistic as Uncle Sam’s: In Norway, for example, the incarcerated wear street clothes, pick berries, cook meals and have relative freedom to move about the grounds. But many prison abolitionists believe that depriving humans of liberty is fundamentally cruel. Social scientists such as Gresham M. Sykes—not to mention many incarcerated people themselves—have long documented how the loss of one’s place in society, physical safety and autonomy can cause severe long-term psychological problems.

Utopic need not be a slur, but the idea is less out there than it may seem. As Angela Davis explains in Are Prisons Obsolete?, imprisonment only became a catch-all punishment in what’s now the United States around the American Revolution. Other means of conflict resolution aren’t just possible, but the historical norm.

Okay, So … What Do We Do With All The Criminals?

The abolitionist first might challenge the word “criminal,” observing that it’s often racialized, and call to decriminalize “crimes” like drug use, for example. They might also advocate full employment, well-funded public education, drug treatment programs and adequate mental healthcare, all of which help address causes of illegal activity; digging out the social and economic roots of gendered violence would be crucial as well. Prison abolitionist organizations such as Critical Resistance support initiatives like community gardens to build social cohesion. And while instances of rape and murder won’t vanish entirely, societies worldwide are experimenting with restorative justice: non-carceral efforts at repairing harm done to individuals and communities.

This is part of “The Big Idea,” a monthly series offering brief introductions to progressive theories, policies, tools and strategies that can help us envision a world beyond capitalism. For recent In These Times coverage of prison abolition, see, “Trial by Peace Circle: How a Chicago Community Is Pursuing Jail-Free Justice,” “To End Mass Incarceration, We Must Rethink How We Respond to Violence” and “Meet the LGBTQ Prison Abolitionists Leading the Way to a Better World.”