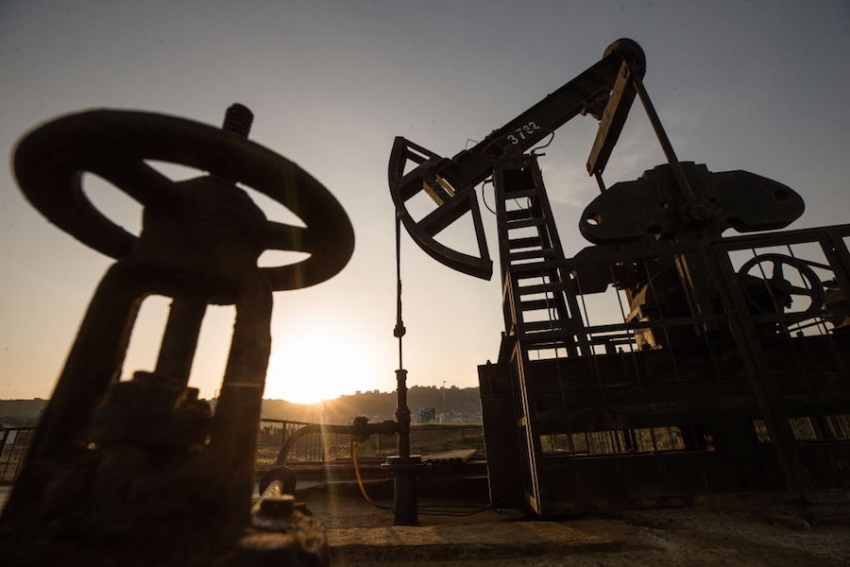 The fossil fuel industry’s campaign contributions are a threat to democracy.

Prominent Democrats, meanwhile, are still talking about the climate crisis as if it’s a fight without enemies.

Just 100 fossil fuel producers have been responsible for 71 percent of greenhouse gas emissions since 1988. Those companies’ core business model, to dig up and burn as much coal, oil and gas as possible, is plainly incompatible with the future of anything we might recognize as human civilization.

That fact should carry a clear implication for Democratic politicians: they should be ashamed to take donations from the industry. Many of the people heading to Congress are already on board: 19 of the 54 Democrats newly elected to the House—some of whom had already fought and won uphill primary campaigns—signed the No Fossil Fuel Money pledge, committing “to not knowingly accept any contributions over $200 from the PACs, executives, or front groups of … companies whose primary business is the extraction, processing, distribution, or sale of oil, gas, or coal.” Eleven of those 19 flipped their seats.

Those candidates know that there’s an inherent contradiction in taking money from an industry that any reasonable climate legislation will need to greatly constrain, and that not doing so could condemn hundreds of millions of people to death. Real climate action means confronting the massive power of what may be the world’s most powerful and entrenched industry. Calls for some mythical bipartisan compromise ignore that reality, and the fact that the GOP is now functionally the political arm of the fossil fuel industry. If we’re to have a shot at curbing the climate crisis, any Democrat who doesn’t swear off corporate sponsorship from coal, oil and gas companies should face a primary challenge by a candidate that will.

It’s not as if dirty industries are all that fond of Democrats anyway. In fact, fossil fuel interests—including energy and utility companies—are among the most starkly partisan in their political donations of any industry in the country. Through this cycle alone, Republican Congressional candidates received $16.2 million in contributions from oil and gas interests, compared with just $3.2 million given to Democrats.

Democrats may object this money is put to good use, and that the party will need every dime it can get to beat Trump. So how would they fill that funding gap? They can look at their own party: While he fell short of taking Ted Cruz’s Senate seat, Beto O’Rourke—who signed the No Fossil Fuel Money pledge—raised $32 million from small donors, meaning contributions of under $200. Democrats overall this cycle raised more than $300 million from small donors.

The reason to spurn the fossil fuel industry isn’t just that they’re choking the planet and the people who live on it—though that should be grounds enough. Fossil fuel companies are also a corrosive force on American democracy, degrading the integrity of our political system by pouring tens of millions of dollars into fighting whatever policies or candidates don’t suit them. In Washington state, for instance, they spent some $31 million blanketing airwaves with ads urging voters to reject ballot Initiative I-631, a modest carbon tax that would have invested the revenue raised in renewable infrastructure, green jobs and more. They used similar tactics and even more money in Colorado to defeat Proposition 112, a rule to implement a 2,500 foot buffer zone between oil and gas drilling and homes, schools and other “vulnerable areas,” where the health risks of extraction are most acute.

Prominent Democrats, meanwhile, are still talking about the climate crisis as if it’s a fight without enemies. Pelosi, who just announced her bid to become Speaker of the House, has said she hopes the party will recreate an Obama-era committee “to prepare the way with evidence” for federal climate action. “Ms. Pelosi,” the New York Times reported, “said it was clearly still needed to educate the public about the impact of more frequent extreme weather events,” as if the reason the US hasn’t acted on climate is a simple lack of information, rather than the colossal political might of multinational fossil fuel companies.

Reading the writing on the wall, oil and gas companies are now trying to present themselves as good-faith actors in climate policy debates, lauding the Paris Agreement and urging world leaders to tax carbon. Stateside, BP, ExxonMobil and others have joined a largely symbolic push to put a price on carbon that—conveniently—would also exempt them from regulations and climate liability lawsuits. As what just happened in Washington and Colorado shows, though, when there’s an actual climate policy on the table not designed precisely to their liking, they’ll do everything they can to take it down.

In the coming decades, temperature changes will dramatically transform every policy field from immigration to transportation to foreign policy and beyond. Done right, adapting to those changes and avoiding more dramatic ones can be a transformation for the better—raising standards of living across the board, creating more accessible and affordable cities, and decreasing the country’s reliance on authoritarian petrostates. The alternative is distinctly dystopian, defined by massive displacement, more militarized borders and an overall hellish climate—physical, political and otherwise.

The first step to choosing that first path will mean transforming the Democratic Party into a body that’s unafraid to pick fights with the industries quite literally fueling this crisis—and kicking anyone who isn’t on board out of their ranks.