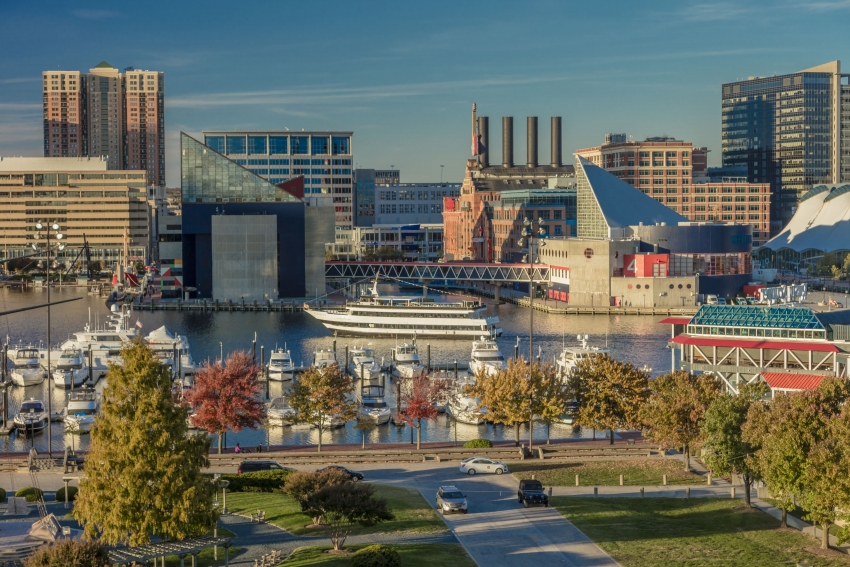 The global movement to stop privatization deals and expand public ownership just scored a huge victory in Baltimore, as residents voted overwhelmingly to ban putting their water in private hands.

On November 6, Baltimore became the first major city in the United States whose residents voted to ban water privatization. Nearly 77 percent of voters cast ballots in favor of Question E, which declared the “inalienability” of the water and sewer systems and exempted them from any city charter provisions related to franchising or operational rights.

This vote resulted from an ongoing struggle waged by Baltimore community activists, unions and civic leaders demanding affordable access to water for low-income residents. That struggle emerged in response to concern the city could sell off the community’s water infrastructure to for-profit investors.

The vote is also part of an emerging worldwide movement to fight back against privatization and to municipalize or re-municipalize (put under public control) local enterprises and services. Between 2007 and 2014, the number of privately owned water systems in the United States fell by 7 percent.

As in Baltimore, the mere threat of water privatization now sparks community resistance around the world. A 2017 study by the Amsterdam-based Transnational Institute identified 835 municipalizations and re-municipalizations involving some 1,600 cities in 45 countries. These developments were most prevalent in the energy and water sectors, but have also occurred in transportation, education, housing and healthcare. “These (re)municipalizations generally succeeded in bringing down costs and tariffs, improving conditions for workers and boosting service quality, while ensuring greater transparency and accountability,” the report found.

In Germany, dozens of new municipal-level publicly owned electric utilities have been established since 2007 and hundreds of service concessions have been acquired by public entities from private operators, reversing the privatization wave that swept the sector in the 1990s. This process of rekommunalisierung (‘re-communalization’) is part of a larger effort called energiewende (“energy transition”) to replace the country’s use of coal and nuclear with renewable sources.

In Boulder, Colorado, a similar effort by civic and community leaders has been underway for several years to take the local electric utility into public ownership for energy transition reasons.

In the United Kingdom, the Labour Party under the leadership of Jeremy Corbyn and John McDonnell has made reversing privatizations and re-establishing public ownership a major policy pillar. The party now unapologetically calls for renationalization of the railways, the energy system, the water system and Royal Mail, as well as the establishment of a publicly owned National Investment Bank, a network of regional public development banks and new local publicly owned banks. Dozens of British cities are establishing new publicly owned energy companies as local alternatives to the big corporate suppliers in order to lower costs for residents and address the issue of fuel poverty.

Such renationalization and remunicipalization efforts are being driven by growing frustration with privatization’s failures. Recently, a Labour Party study revealed that railroad privatization in the UK has cost taxpayers £5 billion a year and resulted in 20 percent higher fares for riders (on top of deteriorating service quality). Similarly, in 2017, a report found that privatization of the English water system was not only costing residents £2.3 billion per year, but private water companies were financing investments almost exclusively with debt and had “extracted nearly all of their post-tax profits as dividends.”

Many Americans recall the Chicago parking meter privatization fiasco, which every year gets worse: Private investors reap hundreds of millions in profits while parking rates rise exponentially and the city faces decades of lost revenue. (The privatization was so catastrophic that it helped scuttle an unrelated attempt to privatize Chicago’s Midway Airport.)

Privatization criticisms are also coming from unexpected sources. In October, the International Monetary Fund (IMF) issued a report suggesting that the supposed fiscal benefits of privatization are often merely an “illusion”—they “increase revenue and lower deficits but also reduce the government’s asset holdings.” This report came on the heels of another from the United Nations rapporteur on extreme poverty and human rights that was even more damning. “Privatization,” Philip Alston summarized, “often involves the systematic elimination of human rights protections and further marginalization of the interests of low-income earners and those living in poverty.”

Such pronouncements are further evidence that the decades-long and seemingly unassailable neoliberal “consensus” of globalization, economic liberalization, privatization, austerity and monetary orthodoxy is now facing a deep legitimacy crisis. History may mark the turning point as the Great Financial Crisis of 2008. A highly-leveraged and imploding financial sector that threatened to bring down the entire global economy laid bare the myth of free-market and private sector infallibility.

Meanwhile, in the United States, public ownership—especially at the local and state level—remains vibrant and broadly popular. Americans interact with public ownership every day—from local, low-cost power and various modes of transportation to land, housing and schools. Even for those who believe neoliberal talking points about government being the “problem” and private business being superior, as Baltimore demonstrates, there is usually little appetite for the handover of, say, a publicly owned electric or water utility or a public transportation system to extractive, for-profit corporations.

Re-municipalization efforts around the world offer an opportunity to build upon this base of support. Communities can connect their growing awareness of the power of public ownership to emerging movements mobilizing around economic democracy, water security, local control and climate justice to affect far-reaching, systemic change.