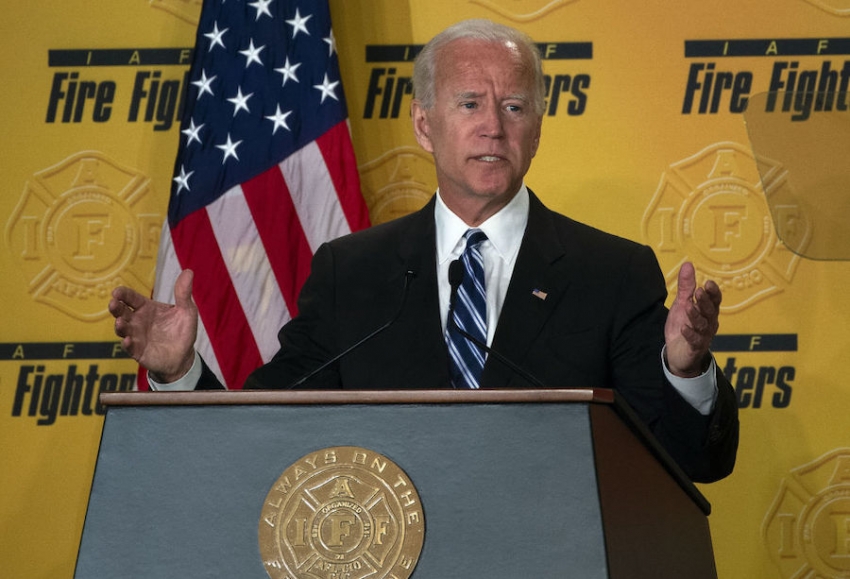 Unions Have Supported Democrats for Decades. It’s Time for Dems To Keep Their Promises.

Unions have played a critical role in helping Democrats get elected. What do they have to show for it?

Unions have backed the Democratic Party for decades, supplying a steady stream of voters, money and volunteers. Despite this support, Democrats have little to show for their promises to strengthen unions and expand workers' rights.

And workers are increasingly frustrated. As contributing editor Jeremy Gantz reported in “Labor’s Endorsement Dilemma,” “Donald Trump had the best GOP presidential candidate performance with union households since 1984 … which raises the question: Are Democrats losing labor as a reliable constituency?”

AFL-CIO President Richard Trumka warns Democrats that they may. “You can’t offer campaign rhetoric or count on workers’ votes simply because you have a ‘D’ next to your name,” he told candidates behind closed doors before the July presidential primary debates.

Losing union support would be devasting for Democrats. In his 2002 article, “Better Luck Next Year,” senior editor David Moberg wrote:

Without union voters, argues AFL-CIO political director Steve Rosenthal, Gore would have lost by a wide margin last year and Republicans would hold 61 Senate seats, instead of 49. Yet with the votes of just 3,000 more union members in five congressional districts, he calculates, [Democrat] Richard Gephardt would have been Speaker of the House.

Even then, some in the labor movement felt unions should be applying more pressure on politicians, Democrats and Republicans alike:

A growing number of labor leaders, like Bruce Raynor, president of UNITE (apparel and textile workers), want unions to be more aggressive and more independent, giving money directly to neither party and endorsing candidates—no matter what their party—only when they will support unions and working people. Increasingly, labor is also seeking clout and independence by running union members for office.

The Democratic Party has remained poor on labor while many unions remain close to the Democratic establishment. In 2016, for example, some rank-and-file workers grumbled when their unions’ leadership endorsed Hillary Clinton in the primary over the more labor-friendly Bernie Sanders.

This time around, several unions have made it clear that 2020 hopefuls will have to actually earn their endorsements. Though four presidential candidates have detailed labor plans, most international unions have yet to endorse. Exceptions are the International Association of Fire Fighters, which endorsed Joe Biden in April, and the United Electrical, Radio and Machine Workers, which endorsed Sanders in August.

With the labor movement stirring—nearly half a million workers participated in strikes last year, and union support is the highest it’s been in 15 years—the question now is, Will it be enough to finally get an organizer-in-chief?

Diana Babineau is managing editor at In These Times. She is a consulting editor for Kenyon Review, and her poetry appears or is forthcoming in The Common, Terrain.org and North American Review.