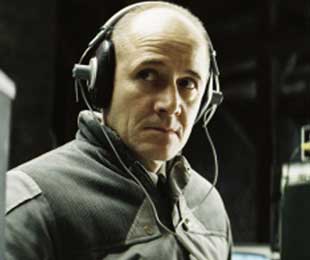 The Dreams of Others

By tying the drama to a mere personal whim, The Lives of Others fails to capture the true horror of the GDR

Florian Henckel von Donnersmarck’s The Lives of Others–this year’s Oscar-winning film on life under the Stasi, the East German secret police–has often been favorably compared with Ulrich Becker’s 2003 comedy Good Bye, Lenin!. The claim is that it provides the necessary corrective to Lenin’s sentimental Ostalgie (nostalgia for the East), illustrating how the Stasi terror penetrated every pore of East Germans’ private lives. But is this really the case?

Like so many other films depicting the harshness of Communist regimes, The Lives of Others misses their true horror. How so? First, what sets the film’s plot in motion is the corrupt minister of culture, who wants to get rid of the top German Democratic Republic (GDR) playwright, Georg Dreyman, so he can pursue unimpeded an affair with Dreyman’s partner, the actress Christa-Maria. In this way, the horror that was inscribed into the very structure of the East German system is relegated to a mere personal whim. What’s lost is that the system would be no less terrifying without the minister’s personal corruption, even if it were run by only dedicated and “honest” bureaucrats.

Equally troublesome is the film’s portrayal of Dreyman. He is idealized in the opposite direction–a great writer, both honest and sincerely dedicated to the Communist system, who is personally close to the top regime figures. (We learn that Margot Honnecker, the Party leader’s wife, gave him a book by Solzhenitsyn strictly prohibited to ordinary people.) One cannot but recall here a witty formula of life under a hard Communist regime: Of the three features–personal honesty, sincere support of the regime and intelligence–it was possible to combine only two, never all three. If one was honest and supportive, one was not very bright; if one was bright and supportive, one was not honest; if one was honest and bright, one was not supportive. The problem with Dreyman is that he does combine all three features.

To ask some obvious questions: If he was such an honest and powerful writer, how come he did not get into trouble with the regime much earlier? Why wasn’t he considered at least a little bit problematic by the regime, with his excesses tolerated because of his international fame, as was the case with famous GDR authors like Bertolt Brecht, Heiner Muller and Christa Wolf? The film takes place in 1984–so where was he in 1976 when the GDR regime did not allow Wolf Biermann to return from a West German tour, leading nearly all great East German writers to sign a petition protesting this measure.

Likewise, during a reception at the film’s beginning, a dissident directly and aggressively confronts the culture minister, without consequences. If such a thing was possible, as is assumed in the film, was the regime really so terrible? Finally, there is a weird twist to the story that blatantly contradicts historical fact. In all known cases of a married couple where a spouse betrayed a partner, it was always a man who became an informant–in Lives, it is the woman, Christa-Maria, who breaks down and betrays her husband.

Isn’t the reason for this weird distortion the film’s secret homosexual undercurrent? The film’s hero, Gerd Wiesler, a Stasi agent whose duty is to plant the microphones and listen to everything the couple does, becomes attracted to Dreyman. It is this affection that gradually leads him to help Dreyman. After die Wende–the “turning point” when the Wall came down–Dreyman discovers what went on by gaining access to his files. He returns Wiesler’s love interest, secretly following Wiesler who now works as a modest postman. The situation is thus effectively reversed: The observed victim is now the observer. In the film’s last scene, Wiesler goes to a bookstore (the legendary Karl-Marx-Buchhandlung on the Stalin Alee, of course), buys the writer’s new novel, The Sonata for an Honest Man, and discovers it is dedicated to him (designated by his secret Stasi code). Thus, to indulge in a somewhat cruel irony, the finale of Lives recalls the famous ending of Casablanca: With the “beginning of a beautiful friendship” between Dreyman and Wiesler, now that the intruding obstacle of a woman is conveniently out of the way–a true Christ-like gesture of sacrifice on her part. (No wonder her name is Christa-Maria!)

In contrast to this idyll, the very superficial appearance of light-hearted nostalgic comedy in Good Bye Lenin! is a screen that covers a much harsher underlying reality (signalled at the film’s opening by the brutal intrusion of the Stasi into the family home after the husband escapes to the West). The lesson is thus much more desperate than the one of Lives: No heroic resistance to the GDR regime could be sustained. The only way to survive was to escape into madness, to disconnect from reality.

Good Bye Lenin! tells the story of a son whose mother, an honest GDR believer, has a heart attack on the night of the demonstrations that ultimately led to the regime’s demise in 1991. She survives, but the doctor warns the son that any traumatic experience could cause her death. With the help of a friend, the son thus stages for his mother, who is contained to her apartment, the smooth continuation of the GDR: Every evening, they air the video-recorded fake GDR news. Toward the film’s end, the hero says that the game got out of hand–the fiction staged for the dying mother became an alternate GDR, reinvented as it should have been.

Therein resides the key political question, beyond the rather boring topic of Ostalgie (which is not a real longing for the GDR, but the enactment of the real parting from it, the acquiring of a distance, de-traumatization): Was this dream of an “alternate GDR” inherent to the GDR itself? When, in the final fictional TV report, the new GDR leader (the first GDR astronaut) decides to open the borders, allowing the West German citizens to escape consumer terrorism, hopeless life struggle and racism, it is clear that the need for such a utopian escape is real.

To put it quite brutally, while Ostalgie is widely practiced in today’s Germany without causing ethical problems, one (for the time being, at least) cannot imagine publicly practicing a Nazi nostalgia: “Good Bye Hitler” instead of “Good Bye Lenin.” Doesn’t this bear witness to the fact that we are still aware of the emancipatory potential in Communism, which, distorted and thwarted as it was, was thoroughly missing in Fascism? The quasi-metaphysical epiphany toward the film’s end (when the mother, on her first walk outside the apartment, finds herself face-to-face with a Lenin-statue carried by the helicopter, whose outstretched hand seems to address her directly) is thus to be taken more seriously than it may appear.

This, of course, in no way implies that Good Bye Lenin! is without faults. The weak point of the film is that (like Roberto Benigni’s Life is Beautiful) it sustains the ethics of protecting one’s illusions: It manipulates the threat of a new heart attack as the means to blackmail us into accepting the need to protect one’s fantasy as the highest ethical duty. Isn’t the film then unexpectedly endorsing Leo Strauss’ thesis on the need for a “noble lie”? So is it really that the emancipatory potential of Communism is only a “noble lie” to be staged and sustained for the naive believers, a lie which effectively only masks the ruthless violence of the Communist rule? Here mother is the “subject supposed to believe”: through her, others sustain their belief. (The irony is that it is usually the mother who is supposed to be the caretaker, protecting children from cruel reality.)

The lesson of all this? We are still waiting for a film that would provide a complete description of the GDR terror, a film that would do for the Stasi what Varlam Shalamov, in his unsurpassed Kolyma Tales, did for the Gulag.