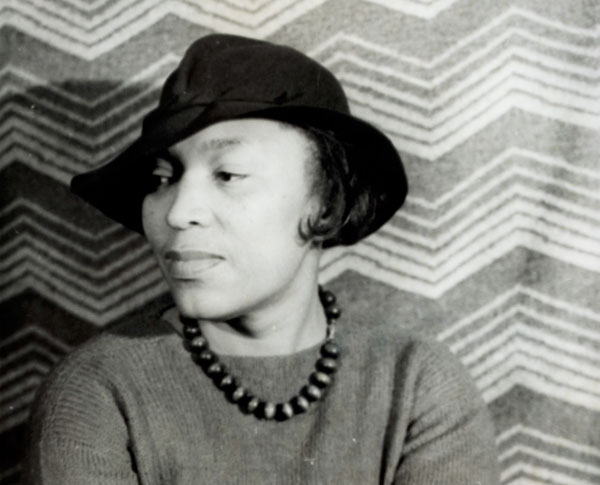 The Harlem Renaissance writer’s obscure and impoverished final years are being rehabilitated.

For Zora Neale Hurston the 1950s were years in which she struggled to survive. The story of her last 10 years might sound like a gloomy tale, but in Virginia Lynn Moylan’s Zora Neale Hurston’s Final Decade (University of Florida) this is not at all the case.

True, at age 60, Hurston – the author of the 1937 novel Their Eyes Were Watching God who first made her mark in the Harlem Renaissance in the late 1920s – had to fight “to make ends meet” with the help of public assistance. At one point she worked as a maid on Miami Beach’s Rivo Alto Island.

But Hurston was still active and productive during her final years, and did not end up at the extreme of literary catastrophe (exemplified by Edgar Allen Poe, who died an alcoholic in a gutter), though in 1948 she was falsely accused of having molested a 10-year-old boy – a scandal that nearly drove her to suicide at the beginning of this last decade. (Her passport proved she was in Honduras at the time of the alleged crime.)

Though she would have been loath to admit it, Hurston suffered because she was black and a woman – two factors that stood in the way of her being able to publish her work. But despite repeated rejection, she kept writing, especially about her historical research on the Hebrew king Herod.

Since her death, Hurston’s reputation has received two major rehabilitations. The first was a 1975 Alice Walker essay in Ms. magazine, “In Search of Zora Neale Hurston,” and the second the 2005 TV movie version of Their Eyes Were Watching God, produced by Oprah Winfrey and starring Halle Berry. Now that Hurston’s place in the pantheon of American writers is secure, it is unsettling to see her in Zora Neale Hurston’s Final Decade, going hat-in-hand to publishers and employers at an age when she should have been enjoying her retirement and resting on her laurels.

Moylan, an educator and independent scholar, observes that universities all over the world had her books in their syllabi, yet none offered her a teaching position. So she became a substitute teacher at a local high school in Florida, wrote freelance articles for newspapers that paid sporadically and moved frequently due to poverty.

Hurston was in some ways a conservative. She fought with Richard Wright and fell out with her old friend Langston Hughes. Both conflicts concerned their leftist politics and sympathy to communism. As Moylan points out, Hurston was a devotee of the meritocratic philosophy of Booker T. Washington.

Hurston wanted her people to pull themselves up by their bootstraps. On the subject of blacks who emulate whites, she wrote in 1934: “Fawn as you will. Spend an eternity standing awe-struck, but until we have placed something upon his street corner that is our own, we are right back where we were when they filed our iron collars off.”

Hurston, the anthropologist and folklorist, who studied at Barnard with Franz Boas, Ruth Benedict and Margaret Mead, never lost her focus on the uniqueness of African-American culture. She bucked the conventions of the black literary establishment and had her characters speak in black dialect.

Hurston was also a contrarian politically. She vocally opposed school desegregation and, as Moylan writes, “blamed the NAACP, President Dwight D. Eisenhower and the Brown decision for what she perceived as the ‘hate-filled, stinking mess’ in which southern blacks and whites found themselves.”

Yet years earlier, in 1945, Moylan writes that Hurston had criticized American foreign policy for supporting “democracy abroad while ‘subjugating the dark world completely’ through its sanctioning of Jim Crow at home.” Hurston must have known very well that Jim Crow had more to do with that “hate-filled, stinking mess” than the NAACP, but in the heat of journalistic combat could not admit that. Instead, she belittled the idea of a court order that would compel someone to associate with her who did not want to. She seems not to have considered the perspective of ordinary mortals, who might in fact need a court order to go to a better school.

Moylan argues that regarding education, Hurston was a black separatist, and devotes pages to defending Hurston’s diatribes against Brown v. The Board of Education. Though at first it may seem jarring, this is in fact one of the most nuanced sections of a much-needed book, one that illuminates the last, nearly destitute years of a great writer’s life, years previously cloaked in obscurity. These years have been “a period that might appear outwardly unprofitable,” Hurston wrote in a 1957 letter. “But … I have made phenomenal growth as a creative artist. … I am not materialistic… If I do happen to die without money, somebody will bury me, though I do not wish it to be that way.”