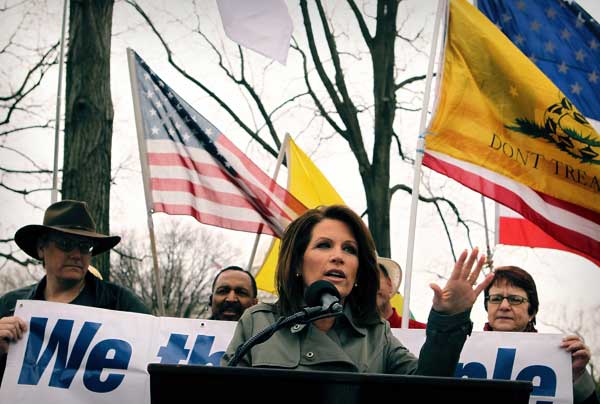 Despite NPR’s timidity and capitulation to the Right, we need to support public radio more than ever.

Republicans have been very good at intimidating CPB, pushing it to feature more conservative voices and fewer progressive ones.

The impact of the 2010 midterm elections is painfully clear. In Washington and in state capitols around the country, Republicans are enacting a right-wing agenda that guts Social Security, curtails union rights, restricts abortion, defunds public media, stops progress toward universal healthcare and scapegoats immigrants. For May 2011 issue's cover package, "The War at Home," In These Times turned to labor movement strategist Stephen Lerner (Glenn Beck’s latest bête noire) and seven other progressive writers and activists to report on the battles to preserve American rights and institutions. These are their dispatches from the frontlines. —The editors

Dumb and dumber: that’s not only what all too many of our current politicians and right-wing pundits are, it’s how they want the American public to be. The right wing in this country is on a concerted campaign to silence any voices that question its goals, tactics and assault on dialogue and civility.

Hence, as part of the House of Representatives’ attack on everything, we have H.R. 1076, the bill to bar all federal funding to National Public Radio (NPR).

More recently, the Republican Party has been harassing William Cronon, one of our most eminent historians, who had the temerity to speak out against Gov. Scott Walker’s efforts to destroy unions in Wisconsin. More to the point, in his recently established blog “Scholar as Citizen,” he outed the American Legislative Exchange Council (ALEC), a national right-wing group dedicated to “limited government, free markets and federalism” as a major architect of “model bills” that legislators anywhere in the country can introduce to advance conservative goals. In response, the Wisconsin Republican Party has sought to gain access to Cronon’s email account in the hope of demonstrating that he has been using his university account illegally for political purposes. Similarly, another right-wing group is going after the e-mail accounts of those who teach labor studies here in Michigan.

The attack on public broadcasting, and NPR in particular, is nothing new; Republicans have been at it for decades. David Horowitz, the right-wing activist, alleged in the 1990s that “PBS has become a subsidiary of the Democratic Party” and “PBS programs regularly attack whites.” NPR should also be defunded because its listeners are, as Newt Gingrich put it, “a bunch of rich, upper-class people.”

NPR has anywhere from 27 to 33 millions listeners a week through its member stations, which, in rural areas, are often the only source of local news. As the TV networks have slashed their coverage of national and international affairs, NPR has been crucial in filling gaps in coverage. Its listenership has increased by 72 percent over the past 10 years, and a recent survey found that 69 percent of voters oppose defunding public broadcasting.

The Republicans have been very good at intimidating the Corporation for Public Broadcasting, pushing for more conservative voices on its programming and making it much more cautious about featuring progressives. And now they seek to silence and intimidate eloquent academic critics of their far-right agenda.

Many progressives have become exasperated by NPR’s timidity, on air and off, and its seeming over-capitulation to the right. But when verbal food fights are what pass for news on TV, we need to support NPR more than ever. Send them money. And write, call or e-mail your congressional representative and tell them you vehemently oppose H.R. 1076.

As for Professor Cronon, let’s e-mail our support to University of Wisconsin System President Kevin P. Reilly (kreilly@uwsa.edu) and Chancellor of the University of Wisconsin-Madison, Biddy Martin (chancellor@news.wisc.edu). Or call (608) 262-9946. We must continue to resist these censorious bullies on the right.