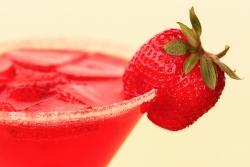 Slate's advice columnist, Emily Yoffe, is unforgivably cruel to a letter writer who's feeling betrayed by her husband:

Dear Prudence
My husband is kind, supportive, funny, generous, smart, and loving. However, I feel like I must divorce him. Six years ago, when we were in our early 20s and had just fallen in love, after a night of partying and drinking, he woke me up in the middle of the night and started to have sex with me. I was dozing and still drunk and, yes, I took my panties off myself. But when I realized that it was not OK for him to make advances on me in my state, I pushed him away and ran out. He later felt so bad he wanted turn himself in for rape. I was very confused and thought at times that I was overreacting and at others that I was raped. We painfully worked through this, but the incident made my husband very reluctant about having sex. This led to an agreement that he shouldn't be afraid of coming close to me in similar situations as long as he asked my consent. This made us feel better and I felt secure again. However, we just found ourselves in a very similar situation. After coming back from a friend’s wine tasting we went to bed and he started to kiss me. I liked it and went along, only to wake up in the morning and remember only half of it. Now I am in the same painful spot I was before and I can’t fathom how he could have ignored our agreement. Should I just drop it or am I right about feeling abused?

Six years ago, Confused's husband did something to her that they both agree was wrong. It felt like rape to her and to him. Depending on the law in their state, it may well have been rape. Regardless, she was traumatized by the experience, and so was he. (I'm going to give him the benefit of the doubt and assume that he honestly thought she was capable of consent and consenting the first time.)

After the first incident, the couple agreed to some ground rules to make them both feel safe in the future.

It's not clear whether the husband followed the rules the second time around. Confused says she consented to kissing, but she doesn't say whether her husband explicitly asked permission for sex. She probably doesn't remember. Maybe that uncertainty is contributing to the emotional fallout from the incident.

Prudence should have encouraged her to ask her husband whether he followed the rules. Because if he didn't keep his promise, he did abuse her. If she doesn't trust him to answer honestly, that's a problem in itself.

But let's assume her husband did everything right. If he followed the rules, he didn't abuse his wife. The fact remains that the emotional fallout of drunk sex is horrible for her. If it's this upseting, they should agree to steer clear of it. It's like the old joke about the guy who tells his doctor, "It hurts when I do this." The doctor says, "Then don't do that."

Confused and her husband need to agree on new rules for drunk sex. Maybe she should ask him not to initiate when he knows she's been drinking. That wouldn't be a workable rule for every couple, but apparently drunk sex isn't a common thing for them. So far, this issue has only come up twice in six years.

Instead of being compassionate towards a woman who is clearly suffering, Prudence ridicules her:

Dear Confused,
I understand the need for colleges to have unambiguous codes of sexual conduct for their young, horny, possibly plastered students. These often require getting explicit permission for every escalating advance. However, if two adults are in love and have frequently made love then each can assume implicit consent to throw such legalistic caution—as well as panties—to the wind. Certainly spouses are entitled to say, “Not tonight” or “Not there,” and have such a request respected. But even a married couple who have had sex hundreds of times can enjoy that alcohol might ignite a delightful, spontaneous encounter. Your approach, however, seems to be to treat your sex life as if it is subject to regulatory review by the Department of Health and Human Services. Your prim, punctilious, punitive style has me admiring your put-upon husband’s ability to even get it up, given the possibility he’ll be accused of rape—or turn himself in for it!—if one of you fails a breathalyzer test. Living in terror that expressing one’s perfectly normal sexual desire could end one’s marriage, and freedom, is itself a form of abuse. Stop acting like a parody of a gender-studies course catalog and start acting like a loving wife. If you can’t, then give the poor sap a divorce.

Prudie seems offended by Confused's desire to set ground rules in her own marriage. Lots of couples find a mutually comfortable level of implied consent for drunk sex, but that isn't working for Confused and her husband.

Confused is not the bad guy. She's a survivor who needs her partner to be extra careful about a kind of sex that most people in committed relationships would take in stride.

We don't have to blame her husband or label him as an abuser. Although, as the person who (inadvertently?) traumatized her in the first place, he should be gracious about accomodating her idiosyncratic needs.

This is a problem to be solved by negotiation, not recrimination.