Citizens United, Democracy and the Two Paths that Lie Before Us 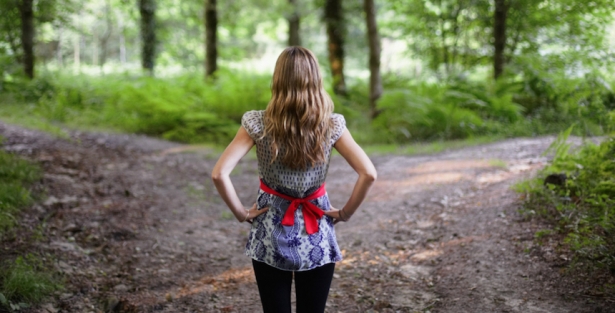 In 2010, the U.S. Supreme Court threw open the floodgates for elections spending. In its infamous Citizens United v. FEC decision, the Court struck down a federal campaign finance law that placed limits on corporate spending in elections, finding that those limits violated the free speech “rights” of corporations.

The ruling in Citizens United, of course, wasn’t entirely new—corporate constitutional “rights,” after all, have been recognized by the courts since 1819. That year, in Dartmouth College v. Woodward, the Supreme Court held that corporations had a constitutional “right” to be free from state efforts to change their corporate charters.

Since that seminal decision, the Supreme Court, in a long line of cases, has held that corporations are entitled to free speech protections, the protection of their religious beliefs and a slew of other rights that once belonged only to natural persons.

Unfortunately, while the Citizens United decision definitely made our current political system worse, the truth is that things were pretty bad already. Resetting the clock to the day before the ruling would make things slightly better, but it would still return us to a time when the corporate fox was already firmly in control of the people’s henhouse.

And therein lies the rub. While people on both sides of the political spectrum dislike Citizens United and would like to see it overturned, they’re not taking to the streets over it. That’s because overturning Citizens United—without challenging the larger system of law it represents—wouldn’t make much of a difference.

It’s not that we don’t understand how the system works, it’s just that we don’t believe that any other system is possible. We resign ourselves to a system of government that mostly works against our interests, and put our faith almost wholly in the power of our collective dissent to curb the worst effects of it.

That ability to course correct is, oftentimes, more effective in our heads than it has been on the ground. In truth, actions taken by our governments, in collusion with large corporations, have taken decades of collective dissent to reverse, if we’re able to reverse them at all. And while social issues, such as same-sex marriage and segregation, have been more susceptible to the model of collective dissent (through activism over generations), areas of major policy—like energy, farming, and waste management—have largely been untouched by it.

We continue to pin our hopes on a model of dissent that seeks to influence elected officials to act in our interests. Corporate strategy has evolved over the years to counteract such dissatisfaction. Understanding the importance of diminishing our influence, corporations have created endless campaigns to dilute public opposition by casting certain corporate decisions as beneficial, and thus, not requiring wide-scale dissent.

The overwhelming expansion of rights for corporations, for example, which now allows corporations to challenge almost any law that affects corporate property or permits, is praised by judges as an “expansion” of constitutional rights, which protects all of us.

Nuclear energy is portrayed as a “good” because nuclear plants don’t worsen climate change. Genetically modified foods are sold as a “good” because they allow us to “feed the world.” Dumping frack waste into the ground is the right decision because other alternatives for disposal are “less safe.”

Faced with dilution of our dissent, we are then forced to expend massive amounts of time and resources simply to challenge those characterizations. That work then consumes already scarce resources that would otherwise be used to leverage our dissent into actual influence.

Worse yet, even when we fight through the layers set up to stymie us, and eventually influence elected officials to adopt something real—such as a ban on GMOs or fracking or factory farms—corporations are able to leverage our courts and legislatures to override those laws.

This endless game of “whack-a-mole” takes its toll on activists and communities—continuously limiting our aspirations as the window of what’s possible becomes smaller and smaller, and the memory of ourselves as the true decision makers becomes dimmer and dimmer.

As the old saying goes, putting lipstick on a pig doesn’t change the fact that it’s a pig.

It happens when the U.S. president champions a trade agreement that will not only enable the world’s major corporations to grow ever larger, but that also recognizes the international authority of those corporations to override laws adopted by communities, states and even national governments. It happens every time a court rules that a corporate board has more rights to exploit a community than community residents have to protect it.

It happens when our system of government is openly, unapologetically and directly used by a corporate few for their own gains. It happens when the emperor sheds what few clothes he has left, and he just doesn’t care if he’s standing around naked

That’s when the pendulum begins to swing.

How far it swings—whether simply to accommodate meek, watered-down demands of reform, or whether we swing it so far as to remake its clock— is completely dependent on who we think that we are. Attempting to broker a better deal with a corporate system while accepting its general contours offers one path; seizing our inherent right to community self- government free from corporate “rights” and governmental override, to build a world that doesn’t automatically destroy nature or our communities, is quite another.

The decision about which path to take ultimately comes down to whether people understand that while reforming the system may slow down the rate at which it corporatizes, it won’t stop it. And, unless it is stopped, any dream of economic or environmental sustainability will remain just a fleeting vision, impossible to implement.

Struggles between reformists and revolutionaries

Many are ready to swing the pendulum as far as it will go. They’re the ones who understand that we stand on the brink of ecological collapse, and that the role of the current governmental system is solely to press harder on the accelerator as the car gets closer to the cliff.

Many others, however, are content for the smallest of pendulum swings; indeed, the corporate powerbrokers count on that—for certain groups to cash out even before the chips hit the table. And after cashing out, those “progressive” groups become the corporations’ biggest advocates.

Even if they believe a new system is needed, leading liberal and progressive organizations don’t believe that a new one is possible. Their interest lies in protecting both their access to power and their ability to influence the existing one. Give them status as a “stakeholder,” and they’ll fight to defend the system in which they have a stake, no matter how small or irrelevant that stake actually is.

It is those wealthy liberals and progressives who seek to influence the existing system—without changing the basic power structure behind it—who are now seeking to enlist broad swaths of the public to override the Citizens United decision.

A level playing field, one that limits the amount of donor money in elections, favors those with less money to give, because it equalizes access between those donors. Corporate wealth tends to be on the other side, with very large donors desiring unfettered access to the electoral system. Citizens United delivered that to corporations, at the expense of those who had access before, but whose access today is diluted by the impact of the Court’s decision.

Thus, the only people directly affected by Citizens United are those electoral donors who previously enjoyed a larger impact for their electoral spending. And it is those electoral donors who have imprinted their own brand of liberal and progressive candidates—officeholders who reflect their major campaign contributors by refusing to contest the basic mechanics of how the corporate state operates—and who are only willing to go so far to seek “more regulation” of corporate activities.

It is there that the revolutionaries part company with liberals and progressives. Revolutionaries not only believe a new system is possible, they understand that without one, the very survival of this planet teeters in the balance. They’ll risk their careers and devote their lives to building a new system, but they won’t spend time trying to reset the clock on decisions like Citizens United.

Movements aren’t built around battles between people with wealth and people with more wealth. They’re built between those who have no wealth and those that do. The reason why most people don’t care enough about Citizens United is because it doesn’t affect them directly—precisely because they lacked any access to the system in the first place. They’re not going to man the barricades or put their lives on the line just to return to the day before the decision was issued—because that means resetting the clock to a time when they had no access to the system anyway.

Calls are being made by those most directly impacted by the decision—those with some degree of influence in the system—to those without, urging them to “save democracy” by putting their energy behind a constitutional amendment that would return us to the day before the issuance of the Citizens United decision. The liberal powers-that-be express disbelief that people won’t man the barricades over the ruling, they shouldn’t act so surprised. To expect others to fight their fights, when those fights have become meaningless within the framework of this corporate state, is to finally understand how little of the existing system is worth saving.