Will GOP NLRB Member Resign to Shut Down Labor Agency? 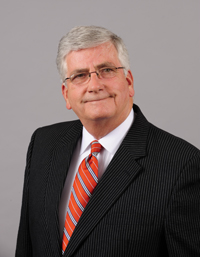 WASHINGTON, D.C.—On November 30, the National Labor Relations Board is scheduled to vote on proposed rule changes that would speed up union elections by disallowing some appeals until after a workplace vote occurs. Employers typically aim to delay an election so that they can use the time to intimidate employees to voting against a union.

But that vote may never take place, because some conservative members of Congress are pushing a plan that would force the NLRB, which is an independent federal agency tasked with enforcing labor law, to shut down. There are currently three people serving on the NLRB; if that is reduced by one, the body will be unable to issue valid rulings.

In New Process Steel, L.P. vs National Labor Relations Board, the U.S. Supreme Court ruled in 2010 that the NLRB cannot decide cases with only two members on the NLRB. For 27 months, during the last year of President Bush’s term and the first 14 months of the Obama administration, the NLRB only had two members (a Democrat and a Republican). The two members agreed to work together on common sense cases where they could easily agree on a ruling; they passed judgment in nearly 600 cases.

But the Supreme Court invalidated all those rulings because they were made with only two members. Therefore, some conservative politicians such as South Carolina Governor Nikki Haley and prominent right-wing blogs such as RedState.com are pushing for Republican NLRB Board Member Brian Hayes to resign before the vote for the rules is issued on November 30, which would effectively shut down the agency.

The rumors have gotten so strong of conservative pressure on Hayes to resign that Senator Tom Harkin (D-Iowa) wrote the following in an op-ed for The Hill:

Republican elected officials have gone after this small federal agency guns a-blazing—attacking its funding, refusing to confirm nominees, threatening the professional credentials and livelihoods of nonpartisan career employees, and even taking the unprecedented step of calling on Republican Board Member Brian Hayes to abandon the duties he swore to uphold and resign in a blatant political move to incapacitate the agency altogether.

As the NLRB moves to vote on the rule change, all eyes are on Hayes to see if will effectively incapacitating the federal agency. (A spokesperson for the NLRB said Hayes has not commented on the matter.)

But on December 31, the NLRB could once again effectively become paralyzed in a different way. NLRB member Craig Becker’s recess appointment to the board expires when Congress adjourns at the end of 2011. (Republicans in Congress  filibustered Becker's nomination, forcing President Obama to appoint Becker through a back door, so to speak.)

Now there is talk that Republicans in Congress may keep a few members in session over the Christmas holidays in order to prevent President Obama from making another recess appointment to the NLRB. This could potentially focus all eyes—at least those of people who care about the fate of the labor movement, which is very much connected to the NLRB—on President Obama as the election year kicks off. Organized labor’s support may in part hinge on whether or not the president is willing to fight to make an appointment to the NLRB.

President Obama didn't exactly display a sense of urgency to ensure the NLRB can do its job by leaving the agency to languish with only two members for the first 14 months of his term, before being finally forced to issue a recess appointment. And he may be averse to making a recess appointment—they are traditionally controversial—in an election year, particularly with the Boeing case being a hot-button issue among GOP presidential candidates.

Update 11/23: According to a letter obtained by The Hill from NLRB Chairman Mark Pearce to Brian Hayes, Hayes has indeed threatened to resign over the issue of the union election rule vote:

“In mid-October, I specifically discussed with you a potential schedule for consideration of the rulemaking. You did not offer any alternative schedule,” Pearce wrote in the letter to Hayes. “Instead, you indicated that, if the board proceeded with consideration of the matter, you would consider resigning your position.”