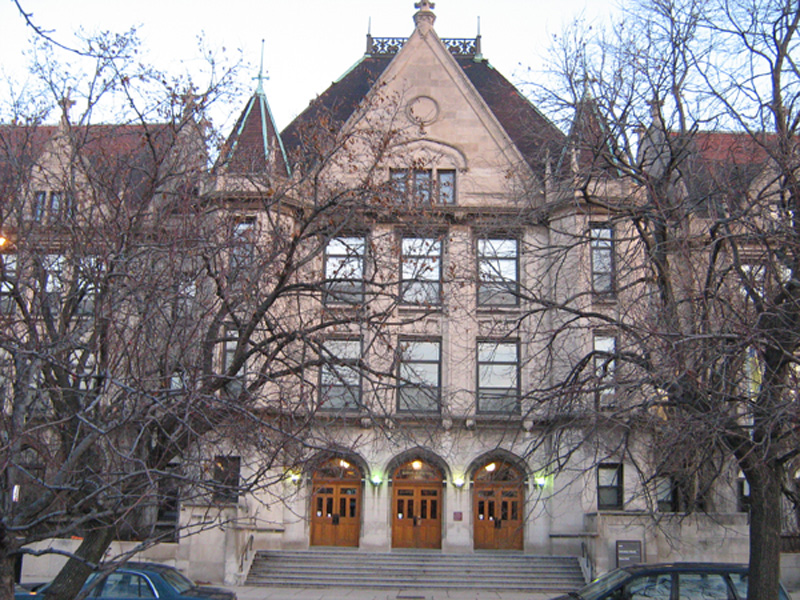 Unlike occasional teacher union opponent Secretary of Education Arne Duncan, Chicago Mayor Rahm Emanuel does not send his kids to public schools. Instead, Emanuel's children attend one of the most elite prep schools in Chicago, the University of Chicago Lab School, where the annual tuition is more than $20,000. (Emanuel has repeatedly refused to answer questions about why he eschews public schools for his children, telling reporters that it is a private family decision.)

The conditions at the University of Chicago Lab Schools are dramatically different than those at Chicago Public Schools, which are currently closed with teachers engaged in a high-profile strike. The Lab School has seven full-time art teachers to serve a student population of 1,700. By contrast, only 25% of Chicago’s “neighborhood elementary schools” have both a full-time art and music instructor. The Lab School has three different libraries, while 160 Chicago public elementary schools do not have a library.

“Physical education, world languages, libraries and the arts are not frills. They are an essential piece of a well-rounded education,” wrote University of Chicago Lab School Director David Magill on the school's website in February 2009.

Chicago Teachers Union (CTU) President Karen Lewis agrees with Magill, and believes what works for Mayor Emanuel’s kids should be a prescription for the rest of the city.

“I’m actually glad that he did [send his kids to Lab School] because it gave me an opportunity to look at how the Lab school functions,” Lewis told Chicago magazine in November 2011. “I thought he gave us a wonderful pathway to seeing what a good education looks like, and I think he’s absolutely right, and so we love that model. We would love to see that model throughout.”

One of the key sticking points in union negotiations is that Emanuel wants to use standardized tests scores to count for 40 percent of the basis of teacher evaluations. Earlier this year, more than 80 researchers from 16 Chicago-area universities signed an open letter to Emanuel, criticizing the use of standardized test scores for this purpose. “The new evaluation system for teachers and principals centers on misconceptions about student growth, with potentially negative impact on the education of Chicago’s children,” they wrote.

CTU claims that nearly 30% of its members could be dismissed within one to two years if the proposed evaluation process is put into effect and has opposed using tests scores as the basis of evaluation. They're joined in their opposition to using testing in evaulations by Magill.

Writing on the University of Chicago’s Lab School website two years ago, Magill noted, “Measuring outcomes through standardized testing and referring to those results as the evidence of learning and the bottom line is, in my opinion, misguided and, unfortunately, continues to be advocated under a new name and supported by the current [Obama] administration.”

While Magill could not be reached for direct comment on the specifics of the Chicago Teachers’ strike, his past writings on the school's site suggest he might be supportive.

“I shudder to think of who would be attracted to teach in our public schools without unions,” Magill wrote on the school’s website in February 2009, adding that, even with unions, many teachers "have had no choice but to take on second jobs to make ends meet.“

But Magill's writings also note just how fine a line CTU will have to walk to keep public sentiment, which currently supports the strike 47% to 39% according to one recent poll, on its side. Acknowledging the "distressing...generational change in the public’s attitude toward teachers," Magill writes, "Some would say that teachers are responsible for this change by publicly participating in actions designed to bring attention to sub-standard working conditions and compensation. These actions often cause unintended collateral damage to students. Parents and the public at large have long memories when the education of their children is interrupted. We must find a way to conclude collective bargaining without raising doubts about the professionalism of those whose work should be valued the most.”