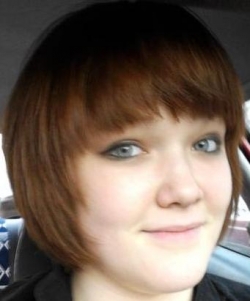 Thanks to an unassuming young restaurant worker, dining patrons may just think twice about how they treat "the help" their next night out. Chelsea Welch, a college-age server at an Applebee’s in St. Louis, Missouri, had been on the job just a few months, but found she was good at it and was thinking about aiming for management when her plans changed abruptly. On January 28 she posted a co-worker’s receipt to Reddit. On it, a customer complained of being charged an automatic gratuity as part of a large party, writing, “I give 10 percent to God. Why do you get 18?” and scribbling “pastor” next to it. The posting went viral, making headlines on CNN and BBC, and the patron—who was not identified in the posting, nor was the restaurant—demanded that heads roll. Welch was summarily fired on January 30. The incident jumpstarted a discussion on the Consumerist website, Reddit and Facebook about the precariousness of low-paid restaurant work, the role of tipping.

Working in These Times caught up with Chelsea to ask about the aftermath of her decision and the responses she’s received—which, it turns out, include job offers, checks from Christians and offers to boycott Applebee’s.

ITT: How long did it take your post to blow up online?

Welch: I went to work that night [after posting it]; everything went normally. I was on my way to work the next night and my very dear co-worker called me and said, “Did you know you’re on the front page of Yahoo right now?” It turns out my little receipt is headline news. At this point it’s still completely anonymous: No one knows me, the pastor, or the restaurant. Right then we get a call from an extremely irate woman, who identifies herself as the pastor in question and demands that we all be fired: me; the server; the server who answered the phone; my manager; the manager who wasn’t on duty at the time; absolutely everyone. My manager—who I adore—looks at me and says, “You're probably going to lose your job over this, and I'm sorry.” Apparently my managers get a hold of upper management and management says, “Let her go. Let her go right now.”

Of the millions of restaurant workers in this country, only a tiny percentage is unionized. Do you think a union would have helped you keep your job?

I think a union could solve a lot of problems. The problem with restaurant workers unionizing is that they are easily replaced. A good restaurant worker—someone who can work hard, is dependable, is punctual, is friendly, really gives excellent, excellent service—is almost impossible to replace, but you can always find someone that you can train to fill water, bring food, say, “Have a nice day.” It’s hard to stand up for yourself when you work in the restaurant industry because you know that if you’re fired, someone is going to replace you in 24 hours, and even if they don’t do your job as well as you do, they’ll still be able to do it. It kind of perpetuates bad service, especially in corporate places that [are quick to] fire and hire.

Minimum wage for tipped workers varies state to state, but in most states, the law allows for tips to be counted in determining whether someone is making the minimum wage. So, for example, at the federal level the minimum wage is $7.25 an hour. The maximum amount that tips can be credited toward the minimum wage is $5.12. So that means that workers have to get paid a minimum of $2.13 in cash. Seven states require tipped workers to receive the same minimum wage as other workers, with gratuities on top of that. Those are California, Washington, Oregon, Alaska, Montana, Nevada and Minnesota.

Whatever they’re doing over there, they need to bring that party over here!

I understand you’ve had some job offers since you were fired. Anything realistic?

Some were out of state. One was in Canada. I have had a couple of offers forwarded to me from the St. Louis area. I’m in contact with some of those people right now; I had a woman from a gaming company contact me and say, “Whatever you can do, let me know. I could use somebody with a strong spirit like you on our team.” I’m just blown away by the generosity of people like that. I just feel sorry for all the people that are in a very similar situation—being fired from a sub-par job for a seemingly silly reason who don’t have the media attention to just pouf them up another job. My very dear friend at Applebee’s quit that day. When the news came out that I was going to be fired, he put in his two weeks and said, “I can’t work here if you’re going to do this.” As I’ve come across job offers that have been less suitable for me I’ve forwarded his information to them and said, “Please hire him. He’s the best bartender, best server and best friend I’ve ever worked with,” so hopefully this kind of strangely gotten celebrity will at least secure him a job.

You forwarded a story about a man who walked into an Applebee’s, ordered a water and left a $10 tip along with a nasty note referencing your firing. And you’ve heard about others who have done the same. You’ve also said there have been several moves on the web to promote a boycott of Applebee’s. What do you think of these ideas?

I am really in favor of what that guy did, because a straight boycott of Applebee’s is going to punish completely innocent employees who work very hard at their job, and they’re not working there because they researched the company’s political standings and are in favor of them. A lot of people are working there because it’s the best they can do right now and they need to make rent. But something that both sends the message to Applebee’s that they probably took things a little too far—you know there are far more disciplinary actions than termination—and there should be a few questions asked before decisions like that are made.

What’s the upshot of all this for you?

The upshot of this is that the discussion of how servers are treated has been opened, and some of the responses I’ve seen have been really positive, and I feel like progress is actually going to be made. I see a lot of people posting on Facebook or Twitter, people saying, "The next time I go out I’m tipping my server 100 percent or 50 percent," or, you know, "We’ll show them." That’s a fantastic attitude. I wish this whole situation hadn’t happened that got so terribly out of hand, but the discussion that’s come out of it has been really comforting and encouraging.

Postscript: A bill was introduced last year in Congress, the Fair Minimum Wage Act, to increase the federal hourly minimum wage from $7.25 to $9.80 over three years and to raise the tipped minimum wage from $2.13 to $6.86. It died with the last Congress but is being re-introduced in the current Congress as the Miller-Harkin Fair Minimum Wage Act. On Feb. 13 (2.13), the Restaurant Opportunities Centers United will launch a big push to raise the tipped minimum wage for food workers and restaurant employees.