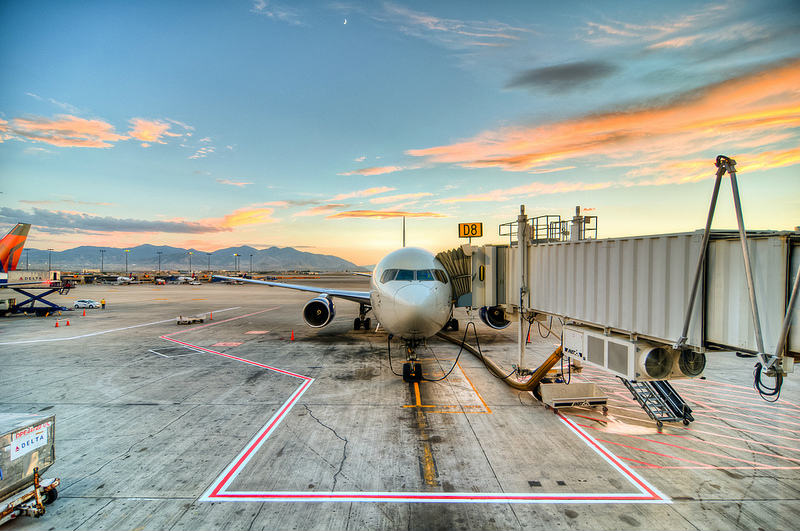 Since the Center for Disease Control and Prevention confirmed the nation’s first diagnosis of Ebola on September 30, the Federal Aviation Administration and the National Academy of Sciences have demanded that airlines begin screening passengers arriving from African countries most affected by the pandemic for the disease. While this might contain the virus, it does so within the confines of each plane—leaving airline workers with increased exposure risks.

As many as 200 workers at New York’s LaGuardia Airport began striking late Wednesday as part of their efforts to gain a contract with Atlanta’s Air Serv, an airport contractor for Delta Air Lines, using the attention Ebola has received as a way to address the nastier aspects of their jobs. The workers, who earn an average of $9 per hour, are seeking more durable gloves, as well as goggles and face masks for certain jobs that involve exposure to urine and feces.

Workers claim they often encounter hypodermic needles, vomit and blood. According to an SEIU spokesperson Amity Paye quoted in the article, “At least once per week an employee is sprayed with lavatory sewage from a plane, a mishap workers dub a ‘baptism.’”

The strike lasted for 24 hours and was part of SEIU Local 32BJ’s efforts to represent the workers. Paye told Bloomberg Businessweek that “This strike is solely over health and safety conditions. … It’s not over Ebola.” Still, with concerns about the disease reaching a fever pitch at airports around the country, it’s hard to imagine Ebola not being on workers’ minds.

Between worries about Ebola and those weekly “baptisms,” it sounds like LaGuardia workers had a variety of allegedly disgusting and dangerous work conditions that could drive them to the picket line.

Jordan McCurdy is a fall 2014 In These Times editorial intern. She graduated from the University of Texas-Austin with degrees in English and German.