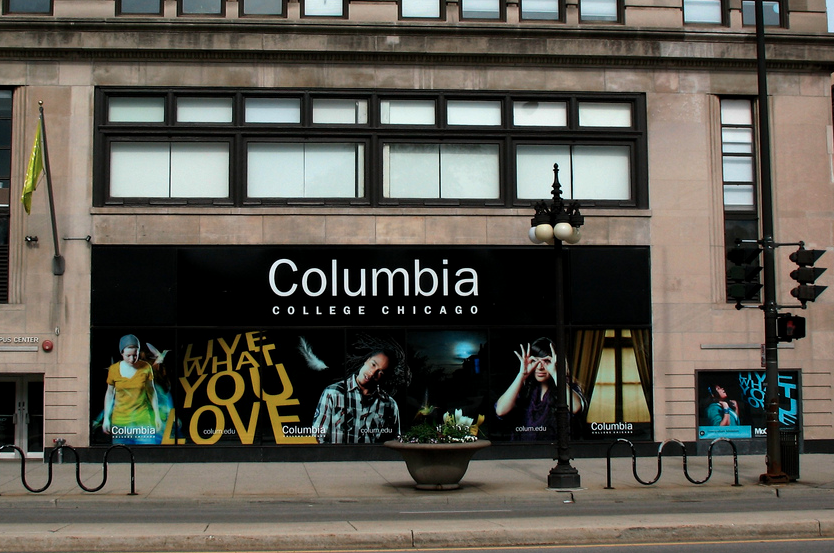 While higher ed union organizing seems to be on the rise, not everyone is happy with their representation. (afunkydamsel / Flickr)

In recent years, one of the few bright spots in the American labor movement has been the rise of organizing in higher education, particularly among adjunct faculty at colleges and universities. With the growing reliance on adjuncts and graduate students for course instruction rather than full-time tenure-track faculty at universities around the country, the increasing precarity of higher education workers has become a major labor issue, and at a growing number of colleges and universities, academic workers have organized unions.

But while unions are growing on many campuses, a part-time faculty local in Chicago is showing that simply joining a union is not the end of the work. Because of what it saw as the Illinois Education Association’s conflicts of interest between different unions it was representing at Columbia, the Part-Time Faculty Association (P-fac) recently voted to end its affiliation with the country’s largest education union.

On January 21, P-fac members voted to amend their constitution and disaffiliate from the Illinois Education Association (IEA), the state affiliate of the National Education Association (NEA), saying that the IEA and NEA were no longer representing the best interests of its members. Organized in 1999, P-fac was the first adjunct local organized by the IEA, which has gone on to organize part-time faculty across the state.

The disaffiliation is the end result of a strained relationship between P-fac and the IEA over representational issues, the most recent of which concerns the United Staff of Columbia College (US of CC). Much of the trouble stems from what P-fac sees as the IEA’s inability to represent adjunct faculty at the same time that the IEA tries to give staff union members access to classes. P-fac represents only faculty, while US of CC represent staff—some of whom, in an arrangement that is fairly unique to Columbia College, also teach courses.

For P-fac members, course assignments are a zero-sum game: for each course a staff member teaches, a P-fac member loses a course. IEA’s solution to this problem was to allow US of CC members who teach to also be part of P-fac.

The part-time faculty see this move as their union essentially lobbying for the benefit of one group of instructors at the expense of another.

“IEA wants to make [part-time faculty] compete with 250 full-time staff for precious course assignments,” says the P-fac website. “If we stay affiliated with IEA on its terms, or if IEA takes P-fac over, P-fac members will lose course assignments!” US of CC and the IEA are currently in contract negotiations with Columbia.

P-fac’s 2013 contract already contains an allowance for 40 classes per academic year for full-time staff members who are required to teach as part of their job. Giving more classes to staff in addition to the 40 already allotted “would be a violation of our contract,” says MaryLou Carroll, a P-fac association rep and former union officer. “So when IEA is advising [US of CC] to gain entry into the P-fac bargaining unit—so that full-time staff members can be allowed to teach—they know that this is contrary to our contract.” The arrangement essentially allowed US of CC members to have access to courses that, in P-fac members’ minds, belonged to part-time faculty.

P-fac members say that beyond the conflict with US of CC, they had other reasons to vote for disaffiliation. The IEA took the unusual step of endorsing Kirk Dillard, a Republican candidate for Illinois Governor who lost to the private equity near-billionaire and viciously anti-union Republican Bruce Rauner during the 2014 primaries—moves many members strongly disagreed with.

The vote also comes from what they saw as a threat to their independence. The union’s website states that there is a risk of the IEA taking over the P-fac local, which is what precipitated the December 22 initiation of a motion to amend P-fac’s constitution and disaffiliate from the IEA, which would then be voted on by P-fac members. In December, the IEA sent a letter of audit to P-fac, which P-fac argued would be the first step to an IEA takeover.

Beverly Stewart, the IEA Higher Education Council Chairperson, denies that charge and notes that the IEA has never taken over a local before.

Though the vote for disaffiliation was lopsided, some P-fac members have criticized the speed of the process: disaffiliation took place between semesters, during the winter break, when not all teachers were on campus. Union officials say the timing was forced by IEA and the audit letter.

“P-fac isn’t rushing to try to get something done before we’re all back on campus,” says Carroll.  She says IEA bylaws require the entire process to be completed within four weeks.

According to the P-fac Facebook page, of the 585 P-fac members eligible to vote, 286 ballots were cast. The final tally was 232-50 in favor of disaffiliation.

Because of “poaching” agreements between the major unions, designed to prevent them from stealing members from one another, P-fac would not be able to reaffiliate with another union for at least a year. For that time, they would be independent, though their contract will remain intact. After a year, P-fac can affiliate with another union, but a P-fac spokesperson says they do not currently have plans to do so.

Despite the overwhelming vote for disaffiliation, support for the move within the ranks of P-fac, is not universal. Joe Fedorko is a member of P-fac through his adjunct position at Columbia, but he is also president of the Roosevelt Adjunct Faculty Organization, the IEA local for Chicago’s Roosevelt University’s adjuncts. A vocal opponent of disaffiliation, he says it goes against the very idea of a union.

“I think it’s totally unjustified on P-fac’s part,” he says. “They [P-fac leadership] don’t like when anybody tells them what they should do. This is just them trying to place themselves over the labor movement.”

But for Carroll, and the overwhelming majority of voting P-fac members, the choice is a simple one. “We’re connected to a state affiliate union that doesn’t represent our interests.”