Your Manicurist is Likely Being Paid Illegal Starvation Wages 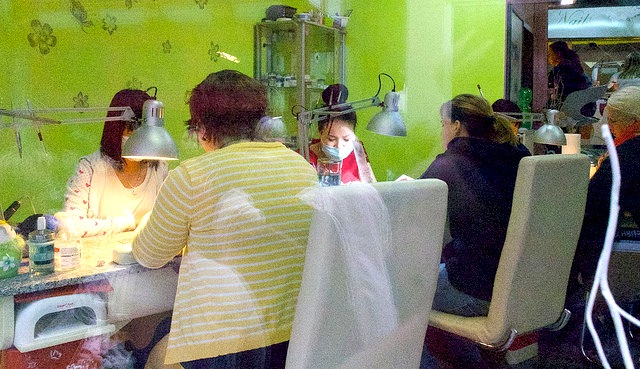 After investigating 150 nail salons over 13 months, New York Times reporter Sarah Maslin Nir found that “manicurists are routinely underpaid and exploited, and endure ethnic discrimination and other abuse.” The findings are presented in a long-form multimedia story and offered in English, Spanish, Korean and Chinese.

Nir followed manicurists who, after leaving their cramped living arrangements, hop into vans that shuttle them to nail salons in the city and even into different states. When they first begin work, many are forced to pay a training fee of around $100-$200, sometimes more. Many remain unpaid during an “apprenticeship period” until they can prove they are skilled enough to deserve payment, but this payment is usually below minimum wage.

Twenty-one-year-old Jing Ren’s story illustrates this process. She paid $100 in a training fee, then worked three months without pay before earning a wage of less than $3 an hour.

Because nail salon workers are considered “tipped workers” under state and federal labor laws, they can be paid below the state’s $8.25 minimum wage; employers are required to make up the remainder of the worker’s pay if their hourly rate comes out to below minimum wage. The investigation found that bosses rarely provide that legally mandated supplemental pay. Overtime pay is similarly rare for manicurists, who may work up to 12 hours a day, seven days a week.

Nir also found that manicurists’ pay is often taken away for minor transgressions. When 47-year-old Qing Lin spilled a drop of nail polish remover on a client’s Prada sandals, she was forced to pay for damages and fired from the salon she worked at for 10 years. “I am worth less than a shoe,” she stated.

Pay also can correlate to ethnicity. Nir found that Koreans are paid the most, followed by Chinese and Latino workers. Non-Korean workers Nir spoke with are sometimes prohibited from speaking and forced to eat in a separate location. Other documented abuses include workers being monitored on video, physical and verbal abuse and poor safety standards that lead to cancer and miscarriages caused by exposure to chemicals and dust.

Nail salon owners are rarely investigated or punished for their labor violations. New York’s Department of Labor investigates a few dozen—around 1%—of the over 3,600 salons in the state per year. When investigated, the department finds wage violations 80 percent of the time. The Times said all but three of the more than 100 workers they interviewed have had wages withheld in illegal ways.

Because many manicurists are undocumented and are often unaware of labor laws and speak limited English, many do not report on their bosses’ illegal activities.

Nir is hosting a Facebook chat on Monday, May 11 at 1 PM EST. Participants are asked to submit questions ahead of time. If you want an ethical manicure, the Times has tips on that.