For the First Time, Guestworkers Get Crucial Legal Protections Under New Rules 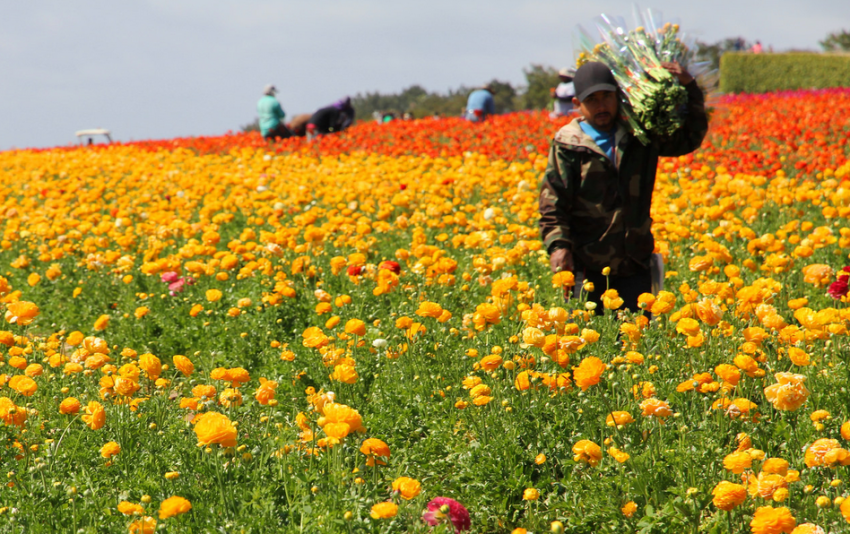 After nearly two months of suspense, the Department of Labor (DOL) and the Department of Homeland Security (DHS) have issued two new rules for the H-2B guestworker program. Worker advocates are praising the rules for establishing badly-needed protections for guestworkers and U.S. workers alike, while industries that rely on H-2B workers call the new rules “flawed.”

The H-2B visa program brings foreign workers to the U.S. to fill labor shortages in low-skill, non-agricultural seasonal or temporary work. After working for up to ten months in jobs as landscapers or carnival attendants, H-2B guestworkers must leave the U.S., at least until the next season. The program has drawn criticism for being riddled with abuse and exploitation. The Government Accountability Office recently published a report on H-2B and its agricultural equivalent H-2A subtitled “Increased Protections Needed for Foreign Workers.”

The two new rules largely answer that call. The comprehensive rule, which broadly regulates the program, strengthens worker protections while making it harder to get H-2B workers. The other rule is solely concerned with wages. Both have been hotly contested for years.

The comprehensive rule comes after a long dispute that reached a fever pitch in March, when the visa program shut down for two weeks. The shut-down represented the culmination of a fight ostensibly over who has authority to regulate H-2B, but which actually seemed to concern which of two very different sets of regulations would prevail. DOL issued one H-2B rule under the Bush administration, one under the Obama administration. The Obama rule, which was to replace the Bush rule, afforded many worker protections the Bush rule did not. Those included providing workers a contract in a language they understand, guaranteeing them three-fourths of the hours in that contract, and reimbursing their travel costs to and from the U.S.

Years of legal battles eventually blocked both rules, leaving the program with the regulatory vacuum that caused its shutdown in March. The court eventually granted a stay allowing the program to continue functioning while DOL and DHS scrambled to issue new regulations. (By issuing regulations jointly, the agencies sidestepped the question of which of them has authority to regulate H-2B.)

The legal ado only delayed the real battle over the substance of the regulations. When DOL and DHS pledged to issue a new rule by April 30, worker advocates called for regulations modeled on the Obama rule, while industries that use H-2B workers rallied against the “burdensome new requirements” of that rule.

The result was a decisive win for workers: regulations “virtually identical” to the Obama rule, according to the agencies. In addition to the contract, guarantee of three-fourths of the contract hours, and reimbursements for travel and visa costs, the new rule establishes further worker protections and a more transparent recruitment process. It protects visa holders from retaliation for exercising their rights, for instance, and requires employers to prohibit any recruiters they use from charging illegal fees. Recruitment fees, which often put workers in debt just to get jobs, are currently common despite being illegal.

Migrant advocacy group Centro de los Derechos del Migrante (CDM), which sponsored a petition demanding strong worker protections in the new rule, calls the regulations “groundbreaking.” “We’re very pleased that at last there are going to be some basic protections for workers in the H-2B program,” says Rachel Micah-Jones, CDM’s Executive Director. “Workers have gone without protection really since its inception, and for the first time there’s a minimum hours guarantee, which is critical. As we’ve seen, a number of workers in seafood and other industries are recruited and then they’re oftentimes sitting for periods of time when there’s no work because of overrecruitment.”

Elisa Tovar, a three-time H-2B worker who sits on CDM’s Migrant Defense Committee, has seen the need for these protections in her own community in San Luis Potosi, Mexico. “The problems start when we’re here in Mexico,” says Tovar, who has worked in seafood and chicken processing. “Recruiters charge fees to send us to jobs in the U.S. Then the problem there is you arrive and there’s no work—today you work, tomorrow you don’t work. Or the housing is in bad condition.” She says what workers told about the jobs in Mexico is often far from reality. The new rule “would help all workers, because they would no longer lose their money,” either through recruitment fees or through lack of work.

It also makes getting H-2B workers more difficult—which most worker advocates see as a good thing, because it gives American workers a fair shot at the jobs. The guestworker program was created to help fill labor shortages, but under the recent system the bar for proving a shortage was low. According to the Economic Policy Institute (EPI), unemployment rates in top H-2B industries are high and getting higher, signaling plenty of willing American workers.

The comprehensive rule prohibits employers from giving preferential treatment to H-2B workers and strengthens the requirements for recruiting workers domestically before resorting to H-2B workers.

The second rule, the wage rule, also strengthens worker protections. It requires H-2B workers to be paid the local average wage for the jobs they’re doing, which Ross Eisenbrey of the EPI says is crucial both for H-2B workers and for Americans. If H-2B workers can be paid less than their American counterparts, it drives down wages for everyone.

“I think the total impact is going to be that workers will have wages set at a level that’s closer to the actual prevailing wage,” he says, although he notes that another provision of the new rule, the limited allowance of wage surveys, could depress wages. “And that means more American workers will have an opportunity to bid for the job, and will be likelier to take a job that’s offered because it won’t be substantially below prevailing wage levels.” If there truly aren’t American workers to do the jobs, he says, H-2B workers will still receive fairer pay.

Eisenbrey thinks the program is vastly overused, especially in the industry that depends on it the most: landscaping. More than half of the 66,000 annual H-2B visas go to landscapers. But, he says, “It’s just stone cold obvious that there are probably millions of unemployed people who could do this work.” He says there are already 700,000 U.S. workers in landscaping and that if employers paid well and recruited locally, they could easily find workers. “To me it’s kind of an abomination that we have 30,000 guestworkers doing this work every year. It’s just crazy.”

If there’s no shortage of willing workers on American soil, why has the landscaping industry become the chief consumer of H-2B labor? Two reasons, Eisenbrey says: one, until now employers have been able to pay H-2B workers less than U.S. workers. The new wage rule should shrink that gap.

But he offers a bigger reason that neither of the new rules touches. “[Employers] love having workers who can’t change jobs,” he says. “Once they start, they know no matter what the conditions are, they can’t leave.” H-2B workers are tied to the employers who sponsor their visas—if they leave their jobs, they are deportable. Only a total overhaul of the program could change that.

The landscaping industry criticized the new regulations, calling them “harsh” and “flawed.” In a Twitter conversation under the hashtag #landscapechat, businesses voiced their frustrations over the rules. “It seems like this administration will continue to try to make H-2B virtually impossible to use,” tweeted the National Association of Landscape Professionals (NALP). It said the H-2B Workforce Coalition, a bloc of industry groups that use H-2B workers, is attempting “to see if there is a case to sue and stop the rule.”

The participants denied being able to find willing U.S. workers, saying no one would use the “costly and unpredictable” program if they didn’t have to. A few dissenting voices suggested the dearth of willing American workers came from the low wages. Others responded by saying American workers didn’t want the jobs or couldn’t take the summer heat. “A fair wage is one thing and what DOL makes [employers] pay is much more than that,” tweeted Tom Delaney, NALP’s Director of Government Affairs.

The wage rule is final, but the comprehensive rule is open to comment for sixty days before being finalized. It probably will not change substantially, however, since the Obama rule it descends from already passed through a comment period. The only things likely to change the regulations now are legislation or litigation.