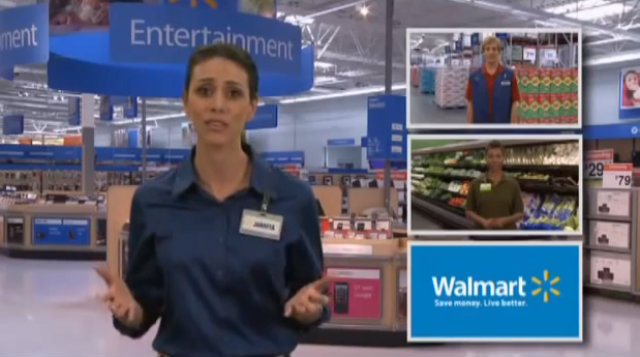 On April 13, Walmart suddenly shut down five stores—two in Texas, one in California, one in Florida and one in Oklahoma—leaving 2,200 workers shocked and unemployed. According to Los Angeles Times reporter Michael Hiltzik, employees were told that the stores have “ongoing plumbing issues that require extensive repairs.”

As of April 16, Walmart still had not filed for the permits required to fix the plumbing at the stores, sparking speculation that there might not actually be plumbing problems—just an effort to clamp down on worker organizing.

On April 20, employees from the Pico Rivera, California, store filed a complaint with the National Labor Relations Board charging that “Walmart's action was intended to target the Pico Rivera store, which has been the focal point of activity by Associates for better working conditions.” The complaint was filed on behalf of OUR Walmart, a United Food and Commercial Workers-backed organization that's attempting to organize Walmart employees.

A recently leaked Walmart training video lends credence to the suspicion that plumbing was not the real issue.

The video reassures employees, “Our company prefers to have open and direct communication with our associates—we don’t think that a labor union is necessary here.”

It also criticizes the efforts of labor organizers, saying, “While they’ve been trying to convince associates to join their union, at the same time they’ve been spending big money to hurt our business.” An employee in the video responds, “I don’t get it.”

In a typical union-busting tactic, the video implies that workers who want to organize are selfish: “Signing a union card isn’t just about you, you could also be affecting the people who have been trying to work here for years.”

Walmart is the latest in a long line of companies to produce such anti-union videos, which are almost always used as part of a broader campaign to deter workers from organizing. As Hamilton Nolan reported at Gawker, Target produced a similar video last year.

Walmart has shuttered stores looking to unionize in the past. In 2005, Walmart shut down a store in Jonquiere, Quebec, just as employees were on the verge of winning a union contract. Almost 10 years later, the Canadian Supreme Court ruled that Walmart had violated labor laws due to the timing of the store closing, which might make you question how direct and open their communication policy really is.

The video was taken down from YouTube earlier this morning, but you can watch it at Gawker.