Once Again, Bosses Are Trying To Eliminate New Protections for Guestworkers 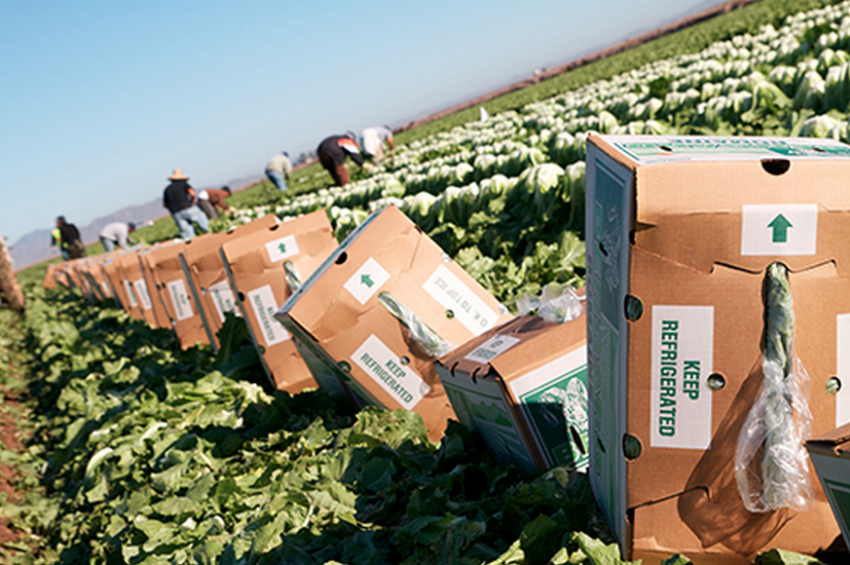 Once again, the beleaguered H-2B guestworker program is the subject of a legal battle. Once again, the battle is over basic worker protections. While employers are fighting in court and in Congress to have newly implemented protections removed, guestworker advocates are calling for the public to demand that the government keep them.

For decades, H-2B operated virtually without official rules. Until 2008, the federal visa program, which brings in foreign workers to do temporary, non-agricultural jobs when American workers supposedly cannot be found, was mostly regulated by informal “guidance letters” from the Department of Labor (DOL). The Bush administration issued a formal rule broadly regulating the program for the first time in 2008, and for four years, that was that.

Then, in 2012, the Obama administration issued a new comprehensive rule to replace the Bush rule. This one had much stronger worker protections—guestworker advocates had long complained that the program was riddled with abuse and exploitation, and they saw the Bush rule as a step backward. Fraud in the recruitment process was rampant; workers arrived to the U.S. in debt and desperate; some sat around without enough work to pay back their debts while others worked long days for pittances. They were often too scared of retaliation to assert the rights they did have.

The Obama rule addressed some of these problems: For the first time, bosses were required to give workers contracts in a language they understood. Workers would be guaranteed at least three-fourths of the hours in those contracts. Employers, not workers, would be responsible for transportation costs to and from the U.S. (Similar provisions already apply to H-2A workers, the agricultural counterpart of H-2B workers.) But the rule never went into effect. A coalition of industries groups sued to block it on the grounds that DOL lacks authority to regulate H-2B at all, setting off years of litigation.

Eventually the coalition succeeded in getting the Obama rule blocked. In response, worker advocates sued to get the Bush rule blocked. When they succeeded, the program once again had no formal rules—but this time, DOL saw that as grounds to cease operations. The program shut down for two weeks, prompting panic from employers and workers alike. DOL and the Department of Homeland Security (DHS) scrambled to issue new rules quickly. (The two agencies worked jointly to avoid the question of whether DOL has authority to regulate the program.)

When they did issue new rules, the comprehensive rule looked a lot like the blocked Obama regulations. They also issued a wage rule, which both employers and guestworker advocates are challenging in court. Industry groups looked for a way to sue again—and they found one.

Earlier this month, many of the same employer groups that challenged the Obama rule sued DOL and DHS to stop the new rules. (Many of the plaintiffs are in landscaping, the biggest consumer of H-2B labor; one of the plaintiffs says the employers it represents collectively use 24% of all H-2B positions.) They say the new rules will harm domestic workers, employers, and communities that use H-2B labor. They also say the rules violate administrative law by being “substantively arbitrary and procedurally invalid.”

The plaintiffs repeatedly protest that the new rules will harm them by “dramatically increasing labor costs.” Because of the “highly competitive nature of their business,” they “cannot pass on these costs to their customers” and are therefore in danger of going out of business. That hurts domestic workers, they say, because if these small businesses have to close their doors, they will lay off Americans—some of whom “reside in a rural area with few economic opportunities.”

But the new rules are designed to protect American workers as much as to protect H-2B workers. One of the provisions the plaintiffs object to, the “corresponding employee” provision, is meant to ensure that U.S. workers doing the same work as H-2B workers get the same wages and benefits. The Economic Policy Institute (EPI) found evidence in 2011 that the H-2B program actually depresses Americans’ wages. The new rules aim to fight downward pressure on wages by making sure H-2B workers earn the “prevailing wage” for the jobs they’re doing, and that corresponding domestic workers, in turn, are guaranteed the same wage.

The EPI’s Daniel Costa says that employers who don’t want to pay American “corresponding employees” the same wages they pay H-2B workers are “asking for the legal right to be able to discriminate against U.S. workers.”

Increasing labor costs is part of the point—not, as the plaintiffs say, to make the program so expensive that companies stop using it, but to ensure they use it only in actual labor shortages and not just as a cheap alternative to the regular labor market. Wages in H-2B occupations have stagnated and unemployment has grown. According to the EPI, unemployment rates in the top three H-2B occupations were all in the double-digits as of 2012-13. Unemployment in landscaping nearly doubled since 2000, to a grim 14.2 percent. These are “not the indicators of some big national labor shortage,” Costa told me back in March.

The plaintiffs also object to guaranteeing H-2B workers at least three-fourths of the hours in their contract (the “three-fourths guarantee”). Tom Delaney of the National Association of Landscape Professionals, one of the plaintiffs in the case, said that there are “a number of things that can affect the ability to keep those workers with that full amount of time,” including bad weather.

Costa thinks that employers who can’t follow this guideline shouldn’t get to use H-2B labor. “What they want the legal right to do—hire somebody from abroad for a low-wage job who has likely paid thousands in recruitment fees, and then have the ability to only provide that worker with part-time hours—is preposterous,” he said.

Under the new rules, the contracts must offer at least 35 hours of work a week. That means employers are required to deliver at least three-fourths that amount, about 26 hours a week. If there isn’t enough work to guarantee an average of 26 hours a week, Costa says, “the employer should just have other employees work extra hours and pay them overtime.”

H-2B workers are only allowed to work for the employer who sponsors their visa. That means even if they’re only getting 15 hours of work a week, they are not legally permitted to change jobs or even to take another job on the side.

Costa said the assertion that the three-fourths guarantee and corresponding employee provisions will put landscapers out of business is “ridiculous.”

“If an employer can’t run a profitable business without underpaying and discriminating against his workers and not providing them 75 percent of the work hours the employer has already promised, then that employer probably doesn’t have a viable business,” he says. He points out that H-2B workers make up a small part of the landscaping workforce, suggesting that most landscaping businesses survive just fine without guestworkers.

The plaintiffs said in their complaint that they wanted “an opportunity to participate in the rulemaking related to the New Rules,” as guaranteed by the Administrative Procedure Act. Though the new rules took effect immediately, the comprehensive rule is still provisional and open to public comment until June 29. That means the plaintiffs, and anyone else, can tell DOL and DHS what they think of the rule before it becomes final.

Centro de los Derechos del Migrante (CDM), a migrant worker advocacy group, is urging the public to send the agencies comments asking them to keep the worker protections in the final rule.

“I decided to cross the border the legal way because I thought I would have a higher standard of living,” says an unnamed H-2B worker in a video for CDM’s campaign. “But I think things went worse for me than they do for people who cross without papers.” Indeed, a recent EPI study found that guestworkers may actually do worse than unauthorized immigrants.

Mexican workers in the video recount being promised high pay and full-time work, but never seeing the contracts that would guarantee them. “The contract was only verbal,” says one woman. “I never held it in my hands; I wasn’t given anything to read. ... In the end we were not given as many hours as we were promised.”