As Rahm Emanuel Argues Yet Again for CPS Cuts, It’s Time to Stop Believing His Cries of ‘Crisis’ 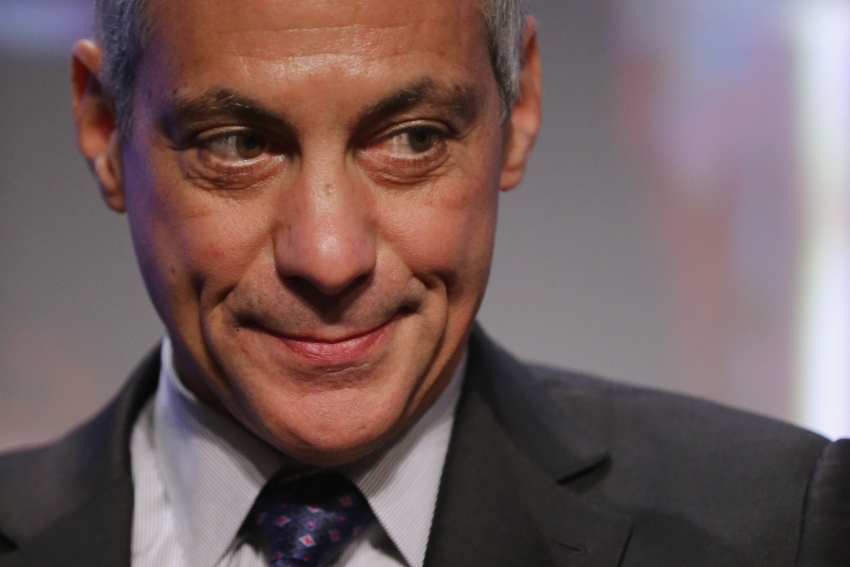 For years, Mayor Rahm Emanuel has been trying to convince Chicagoans that their city, one of the centers of global capital, cannot afford quality public schools for their children. Again and again, the mayor has cried budget crisis to justify closing schools, laying off educators, cutting special education, and bullying the teachers union.

But now, as Mayor Emanuel reads from the same playbook yet again, like the boy who cried wolf, people have stopped buying his story.

A big reason why the mayor's tale of budget crisis rings false is the large sum of money sitting in the city’s tax increment financing (TIF) funds. Due to a lack of transparency in these funds, it is hard to know exactly how much money is uncommitted to specific projects, but the estimated amount ranges from $100-350 million. Unlike most cities, which plan development and then find the funding for it, Chicago first takes the money, then decides who deserves it.

TIFs are a bit difficult to wrap your head around, but what’s most important to know is that the money essentially becomes a slush fund for the mayor to use at his discretion. This approach cuts out all community accountability and decision-making. And especially in a city with a political history of cronyism like Chicago’s, it means that clout and connection enter into the equation, moving decisions away from what is good for the neighborhood to instead what is good for an individual developer or elected official.

Every cent of TIF money comes from property taxes, the same revenue stream that is suppose to fund our schools. Instead of putting that money into our schools, Mayor Emanuel has given it away to wealthy developers like Larry Levy.

Mr. Levy is a multimillionaire CEO, who has spread out numerous political contributions to Emanuel allies, including the current CEO of Chicago Public Schools, Forrest Claypool. At the same time that Emanuel is threatening layoffs to thousands of teachers, Mr. Levy has received $30 million in TIF funds to subsidize his new downtown skyscraper. At a time of great financial crisis in our public schools, withholding that money from education is bad economic policy—and bad for our city.

Chicagoans haven’t been happy in recent years about their money being handed over to wealthy developers. In 2012, CME Group, under mounting public pressure from Grassroots Collaborative and other groups, including a delivery of a golden toilet to their office, was forced to give back $15 million in TIF funds. Additionally, CNA Group had to give back $13 million and Bank of America $5.4 million in TIF funds under pressure for failing to meet job numbers they had promised.

Last year, Mayor Emanuel was forced to admit how unjust the downtown TIFs are. In July, he froze seven downtown TIF districts, bringing $250 million back into the city’s coffers with $125 million going back to Chicago Public Schools. That the mayor can pull a quarter of a billion dollars from seven TIFs attests to both the power of TIF programs and just how much money is rolled up in the city’s TIF program.

Aldermen have begun to rebel against the syphoning off of Chicago Public School dollars to the TIF program. Alderman Carlos Ramirez-Rosa introduced a resolution calling for TIF dollars to be moved back to CPS. This resolution is in support of the Distressed Schools TIF Surplus Act, which would move all available TIF funds into Chicago Public Schools during times of economic distress. Two weeks ago, community residents and members of the Grassroots Collaborative, including the Chicago Teachers Union, gathered outside of Riverpoint Plaza to draw attention to this egregious mismanagement of public dollars.

Mayor Emanuel and his appointed board are choosing to lay off teachers, slash special education and make other drastic school cuts. We cannot let the mayor continue to protect wealthy developers at the expense of Chicago’s children.