An Obama-Era Rule Has Held McDonald’s Liable for Labor Abuses. The GOP Is Close to Undoing It. 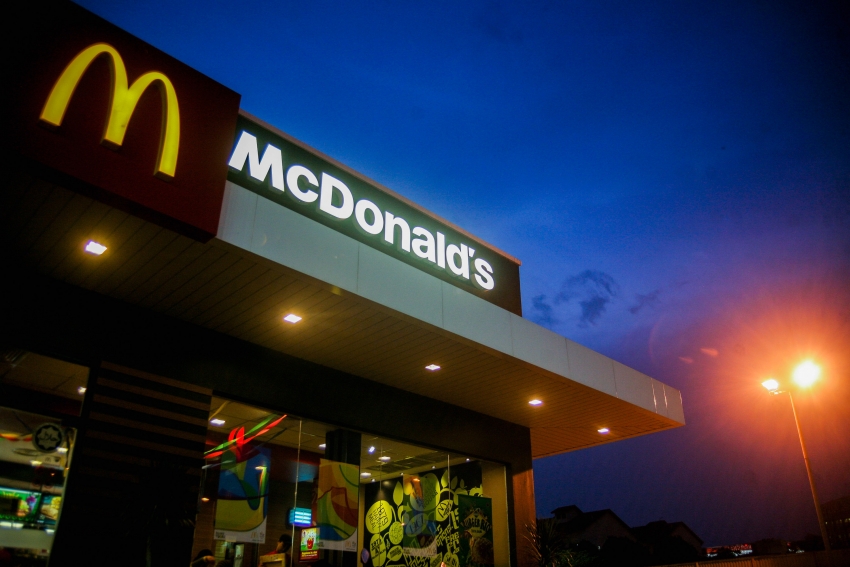 Republicans want to make it harder for workers to take action against McDonald's for violations of labor laws. (Mohd Samsul Mohd Said/Getty Images)

In what was hailed as a major victory for labor unions, the National Labor Relations Board (NLRB) in 2015 redefined what constitutes a “joint employer,” ruling that any company that has “indirect” control over a business can be held responsible if that business violates labor law. In practice this has meant that a corporation such as McDonald’s can be held liable if its franchises are illegally withholding pay to employees or otherwise breaking the law. Now, a new bill could reverse that decision and make it much harder to hold large corporations accountable.

On October 4, the Save Local Business Act (H.R. 3441), was advanced out of committee by the House Education and the Workforce Committee, and is set to go before the full House for a vote.

Rep. Bradley Byrne (R-Ala.), who introduced the bill, explained after the legislation advanced that it would return legal standards to what they were prior to the NLRB’s 2015 joint employer ruling. “H.R. 3441 simply restores the commonsense joint employer standard that workers and employers relied on for decades.” Byrne said.

What the bill would actually do, however, is much more far-reaching. In order to be considered a joint employer, worker advocates would have to prove that a company "directly, actually and immediately exercises significant control over essential terms and conditions of employment,” including everything from hiring and firing to scheduling and “day-to-day supervision of employees.” The current standard does not require companies to have this kind of direct, daily supervision and control to qualify as a joint employer.

“It’s really disingenuous and not truthful to say that what this bill does is undo [the NLRB’s] decision,” Sharon Block, executive director of the Labor and Worklife Program at Harvard Law School, tells In These Times. “What it does is change the law in such a radical way. It doesn’t go back to sort of what the status quo was before. It creates a standard for joint-employment that’s almost impossible to meet.”

Such a standard would allow many of the nation’s largest corporations to avoid responsibility for the actions of their franchises and contractors. If Burger King locations aren’t giving employees lunch breaks or paying them overtime? Not Burger King’s problem. The bill could have a sweeping effect, leaving workers across the country with little recourse when facing illegal work conditions.

“It could have a devastating effect on employees being able to, possibly, hold any employer accountable for wage, hour and [National Labor Relations Act] violations,” Block says, noting that such a change would be unprecedented in labor law.

While workers could still hold their individual franchise accountable, these small business owners have few resources and often violate laws due to pressure from their parent companies. Furthermore, many times these labor violations are systemic within a corporation, which means they’re bigger than individual businesses.

For his part, Rep. Byrne has already received $5,500 in campaign contributions this election cycle from the International Franchise Association—an organization that represents franchisers—which would benefit from the new law by being able to evade culpability for the actions of their franchisees.

In 2016, following the NLRB’s joint employer ruling, McDonald’s settled a lawsuit with franchise workers for the first time in the company’s history. The company was forced to pay $3.75 million in damages to cover back pay and legal fees to California franchise employees who claimed labor laws had been violated at one of its locations. Such lawsuits would have no chance in court if this bill becomes law.

While Republicans in Congress often talk about how much they care about working people, Block says this type of action demonstrates they’re far more interested in protecting the most-wealthy Americans. Trump and Republicans in Congress are “taking workers’ protections back at a time when they need them more than ever,” she says.

Judy Conti, federal advocacy coordinator at the National Employment Law Project (NELP) tells In These Times that this bill would be terrible for small business owners, because it “will leave smaller businesses responsible for all liability even when their contractors force conditions upon them that lead to violations in the first place.”

If successful, the bill would mark a historic shift in labor law. Millions of low-wage workers across the country would be directly impacted, losing a key mechanism to protect their rights on the job, while corporations which regularly escape liability would gain protections.

“The Congressional attempt to gut the decades-long protections of the joint employer doctrine is a transparent attempt to protect large companies that outsource their work in unethical ways from liability for those actions,” Conti says. “It’s a lose-lose for small business and workers. Only those employers with coffers large enough to employ corporate lobbyists will benefit if this bill is signed into law.”