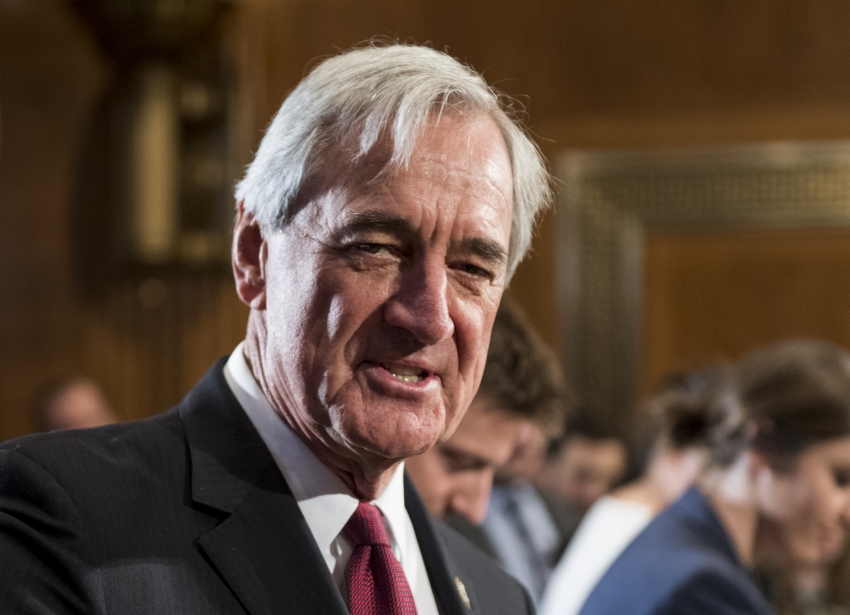 In a win for amnesia, Congress advanced a bipartisan bill on Tuesday deregulating the banking industry, just a decade after Wall Street triggered a financial crisis that caused millions to lose their jobs and their homes. S.2155, known as the Crapo bill both for its co-author, Senate Banking Committee chair Mike Crapo (R-Idaho), and its general quality, was pitched as a narrow measure to provide relief for salt-of-the-earth community banks and credit unions. But anyone making that claim is either misinformed or trying to spin the truth.

In reality, the Crapo bill will deregulate 25 of the 38 largest banks in America, weaken capital requirements that force banks to pay for their own mistakes, free some lenders from disclosing data used to detect lending discrimination and largely handcuff the Federal Reserve’s ability to apply special regulations to the biggest banks, to name just a few provisions. Plus, the changes have already begun to consolidate the banking sector, with the very community banks the bill was intended to help being scooped up by larger rivals. Combined with efforts inside the agencies that regulate banks to weaken rules, it represents a pendulum shift away from safety and toward another financial crisis.

Who would agree to such bleak legislation, and why? Well, it fits with the Republican project of crippling government’s ability to protect the public; out of 276 GOP members of Congress voting on the Crapo bill, 275 voted in favor (Walter Jones, an apostate House member from North Carolina, was the only one to oppose it). A bigger surprise came in how many Democrats were willing to sign on: 16 Senators and 33 House members.

Senate Democrats like Jon Tester (Mont.), Heidi Heitkamp (N.D.) and Joe Donnelly (Ind.) co-authored, co-sponsored and stepped forward as the public faces of the Crapo bill. Because of Senate filibuster rules, the Crapo bill would have died without Senate Democratic support. Why they considered this vital to the nation’s functioning is anybody’s guess, although Tester, Heitkamp and Donnelly did shift from receiving few campaign donations from the financial industry to grabbing $469,841 since 2017. Also taking criticism is Chuck Schumer (D-N.Y.), a Senate Minority Leader who represents Wall Street and who gave his blessing to caucus members to freelance on deregulation.

The situation in the House was different. Because of its majority-vote rules, no Democrats were required for passage; and with Republicans unified, the outcome was pre-determined. On Capitol Hill, this is called a free vote. If Democrats wanted to show their fealty to bank lobbyists, earning some campaign scratch and perhaps a future job, they could vote yes. If they wanted to align with constituents for whom deregulating banks is an exceedingly low priority, they could vote no.

In the end, supporters included recipients of millions of dollars from the Democratic Congressional Campaign Committee, donations from well-intentioned liberals who may not have expected their support to flow to bank sycophants: Ami Bera ($2.5 million in 2016), Stephanie Murphy ($3.6 million), Tom O’Halleran ($2.1 million), Josh Gottheimer ($1.5 million), Brad Schneider ($1 million) and Rick Nolan ($4.2 million, but generally a liberal vote who is retiring this year, and a surprising entry here).

Twenty-seven members of the conservative New Democrat Coalition supplied nearly all of the Democratic votes. There were three Blue Dogs who were not included on the New Democrat Coalition list. Perhaps more surprising is the presence of nine members of the Congressional Black Caucus (CBC). Sadly, pro-Wall Street votes have been a nagging trend for certain CBC members. Finally, you have Democrats representing parts of downstate New York (Kathleen Rice,Tom Suozzi), New Jersey (Gottheimer) and Connecticut (Jim Himes), where finance congregates and thrives.

Perhaps more interesting than those who did succumb to the wishes of Big Finance are the Democrats who didn’t—who head into the midterm elections on a path based on principle instead of expediency.

For example, Conor Lamb (Penn.), the most recent member of the Democratic caucus, who won a deep-red seat in western Pennsylvania and was seen as a textbook moderate, voted against the Crapo bill. Indeed, it is moderate to recognize that banks didn’t really need relief at a time when they earned $56 billion in profits in the first quarter of the year, a new record.

The entire Democratic delegations in Michigan and Virginia decided not to go along with their colleagues in the Senate, all of whom voted for the bill. The delegation of Ohio, another purple-to-red state, followed the leadership of Senator Sherrod Brown, also voting no.

The idea that it was just impossible for moderate or red-state Democrats to oppose the fearsome power of the banking lobby on this bill doesn’t hold up to these results. Nor should it. There was no constituency for this bill outside K-Street high-rises and executive boardrooms. The alleged community bank relief pales in comparison to the more important measures given to the big boys. Passing the Crapo bill doesn’t help you win a close election; in fact, you probably won’t see it in anyone’s campaign ads this year. And if it was just about money, the industry has shown time and again that they’ll shovel far more to the Republican side of the aisle no matter what a Democrat does.

Every single bank deregulation bill of the last 40 years has been thoroughly bipartisan. In a sad moment for the country, one can at least take solace in the fact that far more Democrats than usual recognized the politics of the issue and made the obvious choice to stand with homeowners, borrowers, and hard-working citizens over Wall Street.