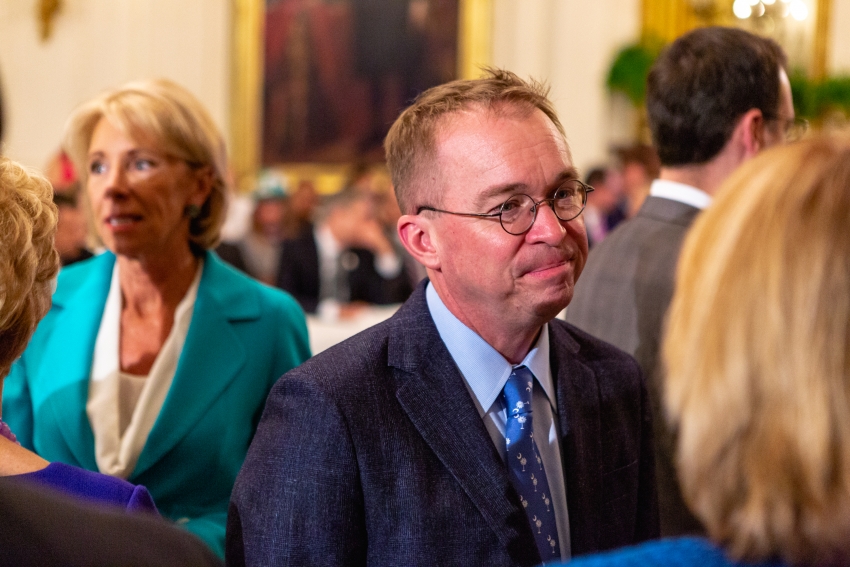 A year ago, high-cost payday loans that preyed upon at-risk borrowers looked to be under assault.

In October 2017, the Consumer Financial Protection Bureau finalized federal regulations to force payday lenders to consider whether borrowers could actually pay back their loans. Those rules, combined with a smattering of state laws that capped interest rates, were set to finally constrain the industry’s reach. Even the time-honored gimmick of using Internet sites or even Indian reservations to make payday loans nationally without abiding by state consumer protections faced resistance from state and federal law enforcement.

But now that framework is in tatters. CFPB acting director Mick Mulvaney has vowed to reconsider the payday rule and even unsuccessfully joined a payday lender in court to argue against his own agency’s regulation. Either Mulvaney or his Trump-picked successor will likely finish canceling the rule before it takes effect in August 2019. And state protections may be undermined by this week’s announcement that online lenders can apply for national bank charters.

The Office of the Comptroller of the Currency (OCC), which grants federal charters to banks, began accepting applications on Tuesday from financial technological (or “fintech”) firms like robo-stock advisors such as Betterment or lenders like SoFi or Lending Club. “The federal banking system must continue to evolve and embrace innovation to meet the changing customer needs and serve as a source of strength for the nation’s economy,” said Joseph Otting, who heads the OCC.

Otting’s announcement dropped just hours after the Treasury Department released a report recommending a national bank charter for fintech firms, to reduce “regulatory fragmentation.” The head of the Treasury Department, Steven Mnuchin, previously worked with Otting at OneWest Bank, where Mnuchin  served as chairman and Otting as CEO. So the main leadership of OneWest, which carries a short and notorious history, has worked in tandem to boost fintech firms.

It may make sense to bring this growing number of companies doing bank-like activities inside the bank regulatory infrastructure, so that federal regulators can more easily monitor the entire financial system. But giving fintech companies national charters could revive the ugly history of federal bank regulators pre-empting state consumer protections, which would prove disastrous for borrowers.

Under a national bank charter, fintech firms would not be allowed to take deposits, and would be subject to federal capital and liquidity standards and supervision by OCC bank examiners. If a company failed, the OCC would be responsible for unwinding it.

But OCC could also assert, as it often does with nationally-chartered banks, that its rules supersede those in the states in which these firms operate. That would include caps on payday loan interest rates at 36 percent, as is the case in Oregon and several other states. State prosecutors could even be prevented from supervising a fintech firm through examinations or subpoenas of records.

Fintech firms can currently operate nationwide by partnering with national banks on loans. But when it comes to issues like interest rate caps, they still have to abide by the rules of the state where their borrowers live. If a national charter were put in place, these firms could disregard those rules, with the OCC backing them up. That could enable online lenders to charge 582 percent annual interest, as is the average in Idaho, or potentially even more.

This kind of pre-emption was routine in the run-up to the financial crisis. In 2002, Georgia passed the strongest anti-predatory mortgage laws in the nation, but the OCC pre-empted the law for national banks, claiming that there was “no evidence that national banks are engaged in predatory lending practices.” This created a chilling effect, as, wary of a federal override, state legislatures simply stopped working on mortgage fraud laws.

A pre-emption for fintech could serve similar ends. Think about online lenders using Big Data to pinpoint vulnerable would-be borrowers. This targeting can steer people toward high-cost, predatory loans, and states would be powerless to act under consumer protection or even privacy laws. And don’t expect only niche operators to pile into this space—Google or Amazon Bank is lurking in the distance, armed with far more information on customers to use toward peddling loans.

In theory, the Dodd-Frank Act limits pre-emption, and provides states the option of suing banks. But per Dodd-Frank Section 1044, the OCC still could pre-empt state consumer finance laws at its discretion, if the agency determines that the law discriminates against national banks or “interferes with the exercise by the national bank of its powers.”

Dodd-Frank also states that the OCC could not stop the CFPB from enforcing its rules. However, those are precisely the rules scheduled for the chopping block by President Trump’s handpicked team. In its report, the Treasury Department also recommended that CFPB rescind the payday lending rule, ironically stating that “the states already maintain the necessary regulatory authorities.” But fintech firms could end-run those authorities, if armed with a national bank charter.

The Treasury report argues that demand for small-dollar loans is high, and placing “unnecessary regulatory guidance” on their use reduces access to credit for those who need it. At the OCC, Otting has even encouraged big banks like Wells Fargo and Bank of America to return to small-dollar lending, creating more options for borrowers. But state consumer protection rules exist to prevent outrageously high interest rates, multiple re-borrowing to pay off the previous loan, and deceptive practices that trap people in a seemingly permanent debt cycle. The public is clearly not clamoring to wipe out such laws that defend citizens from unscrupulous financial actors.

Trump’s gallery of deregulators cannot take credit for this proposal alone. Indeed, President Obama’s OCC chair, Thomas Curry, kicked this idea off in December 2016 by opening up the concept of national fintech charters for discussion. Curry knew he wouldn’t complete the charter before his term ended the following March. So he simply invented a tool for his successor to easily undermine state consumer protections.

And that successor predictably devised the worst possible version of a fintech charter, allowing for state pre-emption and even weakening requirements for community reinvestment for the fintech firms, according to House Financial Service Committee ranking Democrat Maxine Waters. “This action could allow online payday lenders to use a federal charter to skirt state usury laws and evade responsibility to reinvest in the communities where they are operating,” Waters said in a statement.

State banking regulators have called fintech national charters a “regulatory train wreck in the making.” New York’s banking regulator already tried once to shut down the OCC’s ability to grant national charters in court, but was turned away because the OCC hadn’t completed the process. We can expect that lawsuit to resume the moment the OCC bestows a charter on a fintech firm.

Until then, this development could expose borrowers to serious risk. Taking state regulators off the field at a time when federal regulators have gleefully handcuffed themselves leaves nobody to protect the public.