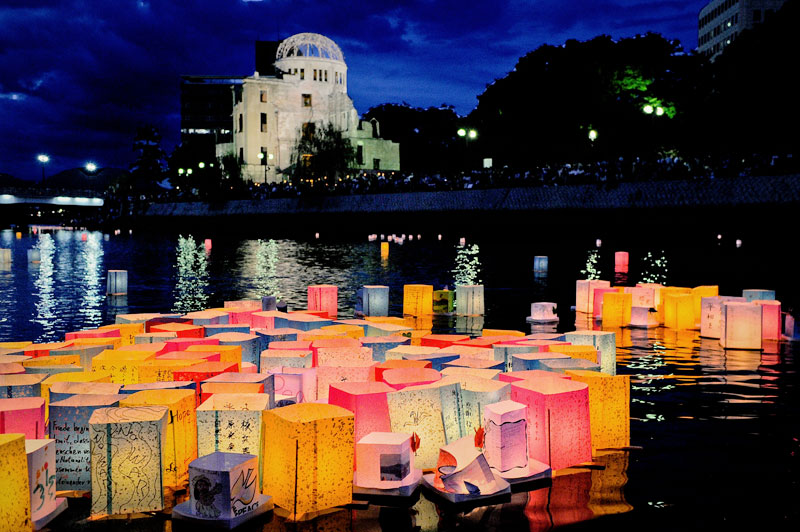 August 6 provides a critical moment to reflect not only on the terrible events of that day, but also on current nuclear threats.

August 6 should have been a day of somber reflection, not only on the terrible events of that day in 1945, but also on what they revealed: that in their dedicated quest to extend their capacities for destruction, humans finally found a way to approach the ultimate limit.

This year’s August 6 memorials to the victims of Hiroshima have special significance. They took place shortly before the 50th anniversary of the Cuban missile crisis, “the most dangerous moment in human history,” in the words of historian and Kennedy advisor Arthur Schlesinger. Graham Allison writes in Foreign Affairs that Kennedy ordered actions he knew would increase the risk of nuclear war, with a likelihood of perhaps 50 percent, an estimate that Allison regards as realistic. Kennedy took Chairman Khrushchev “right to the brink of nuclear war and he looked over the edge and had no stomach for it,” according to General David Burchinal, then a high official in the Pentagon planning staff. One can hardly count on such last-minute sanity forever.

Disaster was perilously close in 1962, and there have been extremely dangerous moments since. In 1973, in the last days of the Arab-Israeli war, Henry Kissinger called a high-level nuclear alert. India and Pakistan have come close to nuclear war. And there have been cases when human intervention aborted nuclear attack after false reports by automated systems.

The events of October 1962 are widely hailed as Kennedy’s finest hour. Allison offers them as “a guide for how to defuse conflicts, manage great-power relationships, and make sound decisions about foreign policy in general.” In particular, today’s conflict with Iran.

Allison joins many others in regarding Iran’s nuclear programs as the most severe current crisis–even more complex than the Cuban missile crisis, because of the threat of Israeli bombing. The attack against Iran is in fact already well underway, including economic sanctions that have reached the level of “undeclared war,” in the judgment of Iran specialist Gary Sick, who served on the National Security Council under Presidents Ford, Carter and Reagan.

Consider, for another example, the Flame virus, revealed in mid-July, developed jointly by the United States and Israel, and used to secretly monitor Iranian computer networks. The Wall Street Journal reports that the Pentagon regards cyberwarfare as “an act of war” that authorizes the target “to respond using traditional military force” (though with the usual exception: not when the United States or an ally is the perpetrator).

The escalation of the undeclared war against Iran increases the possibility of a large-scale war being sparked, even accidentally. The danger was illustrated when a U.S. Navy vessel, part of the huge deployment in the Gulf, fired on a civilian fishing boat July 16, killing one and wounding three. It would not take much more to ignite a major conflict.

The Iran threat has recently been outlined by General Giora Eiland, who Haaretz describes as“one of the most ingenious and prolific thinkers the [Israeli military] has ever produced.” Of the threats he cites, the most credible is that “any confrontation on our borders will take place under an Iranian nuclear umbrella.” Israel might therefore be constrained from resorting to force. Eiland agrees with the Pentagon and U.S. intelligence, which also regard deterrence as the major threat Iran poses.

One sensible way to avoid such dread consequences is to pursue, in the wording of U.N. Security Council Resolution 687 of April 1991, “the goal of establishing in the Middle East a zone free from weapons of mass destruction and all missiles for their delivery and the objective of a global ban on chemical weapons.” The U.S. and the U.K. invoked those words in their effort to provide a thin legal cover for their invasion of Iraq 12 years later. The goal has been an Arab-Iranian objective since 1974, regularly re-endorsed. It now has near unanimous global support, at least formally. An international conference to consider ways to implement such a treaty may take place in December. Progress is unlikely unless there is mass public support in the West.

Failure to grasp the opportunity will, once again, lengthen the grim shadow that has darkened the world since that fateful August 6.