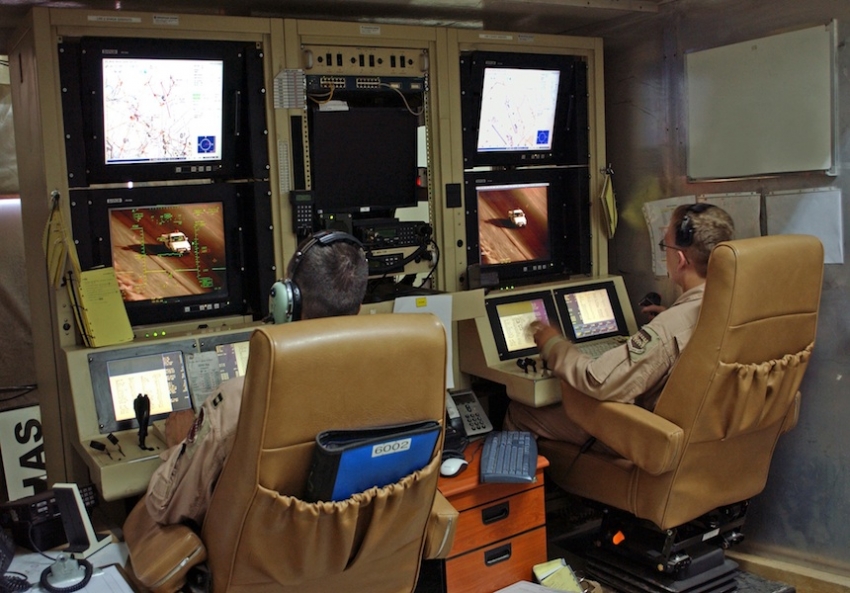 In Times of Government Surveillance, Whose ‘Security’ Is at Stake?

Officials claim the current state policy is necessary to preserve the public’s well-being.

International relations scholar John Mearsheimer writes that 'The Obama administration, not surprisingly, initially claimed that the NSA's spying played a key role in thwarting 54 terrorist plots against the United States, implying it violated the Fourth Amendment for good reason. This was a lie, however.'

A leading principle of international relations theory is that the state's highest priority is to ensure security. As Cold War strategist George F. Kennan formulated the standard view, government is created “to assure order and justice internally and to provide for the common defense.”

The proposition seems plausible, almost self-evident, until we look more closely and ask: Security for whom? For the general population? For state power itself? For dominant domestic constituencies?

Depending on what we mean, the credibility of the proposition ranges from negligible to very high.

Security for state power is at the high extreme, as illustrated by the efforts that states exert to protect themselves from the scrutiny of their own populations.

In an interview on German TV, Edward J. Snowden said that his “breaking point” was “seeing Director of National Intelligence, James Clapper, directly lie under oath to Congress” by denying the existence of a domestic spying program conducted by the National Security Agency.

The same could be justly said by Daniel Ellsberg, Chelsea Manning and other courageous figures who acted on the same democratic principle.

The government stance is quite different: The public doesn't have the right to know because security thus is undermined—severely so, as officials assert.

There are several good reasons to be skeptical about such a response. The first is that it's almost completely predictable: When a government's act is exposed, the government reflexively pleads security. The predictable response therefore carries little information.

A second reason for skepticism is the nature of the evidence presented. International relations scholar John Mearsheimer writes that “The Obama administration, not surprisingly, initially claimed that the NSA's spying played a key role in thwarting 54 terrorist plots against the United States, implying it violated the Fourth Amendment for good reason.

“This was a lie, however. Gen. Keith Alexander, the NSA director, eventually admitted to Congress that he could claim only one success, and that involved catching a Somali immigrant and three cohorts living in San Diego who had sent $8,500 to a terrorist group in Somalia.”

A similar conclusion was reached by the Privacy and Civil Liberties Oversight Board, established by the government to investigate the NSA programs and therefore granted extensive access to classified materials and to security officials. There is, of course, a sense in which security is threatened by public awareness—namely, security of state power from exposure.

The basic insight was expressed well by the Harvard political scientist Samuel P. Huntington: “The architects of power in the United States must create a force that can be felt but not seen. Power remains strong when it remains in the dark; exposed to the sunlight it begins to evaporate.”

In the United States as elsewhere, the architects of power understand that very well. Those who have worked through the huge mass of declassified documents in, for example, the official State Department history “Foreign Relations of the United States,” can hardly fail to notice how frequently it is security of state power from the domestic public that is a prime concern, not national security in any meaningful sense.

Often the attempt to maintain secrecy is motivated by the need to guarantee the security of powerful domestic sectors. One persistent example is the mislabeled “free trade agreements”—mislabeled because they radically violate free trade principles and are substantially not about trade at all, but rather about investor rights.

These instruments are regularly negotiated in secret, like the current Trans-Pacific Partnership—not entirely in secret, of course. They aren't secret from the hundreds of corporate lobbyists and lawyers who are writing the detailed provisions, with an impact revealed by the few parts that have reached the public through WikiLeaks.

As the economist Joseph E. Stiglitz reasonably concludes, with the U.S. Trade Representative's office “representing corporate interests,” not those of the public, “The likelihood that what emerges from the coming talks will serve ordinary Americans' interests is low; the outlook for ordinary citizens in other countries is even bleaker.”

Corporate-sector security is a regular concern of government policies—which is hardly surprising, given their role in formulating the policies in the first place.

In contrast, there is substantial evidence that the security of the domestic population—“national security” as the term is supposed to be understood—is not a high priority for state policy.

For example, President Obama's drone-driven global assassination program, by far the world's greatest terrorist campaign, is also a terror-generating campaign. Gen. Stanley A. McChrystal, commander of U.S. and NATO forces in Afghanistan until he was relieved of duty, spoke of “insurgent math”: For every innocent person you kill, you create 10 new enemies.

This concept of “innocent person” tells us how far we've progressed in the last 800 years, since the Magna Carta, which established the principle of presumption of innocence that was once thought to be the foundation of Anglo-American law.

Today, the word “guilty” means “targeted for assassination by Obama,” and “innocent” means “not yet accorded that status.”

The Brookings Institution just published “The Thistle and the Drone,” a highly praised anthropological study of tribal societies by Akbar Ahmed, subtitled “How America's War on Terror Became a Global War on Tribal Islam.”

This global war pressures repressive central governments to undertake assaults against Washington's tribal enemies. The war, Ahmed warns, may drive some tribes “to extinction”—with severe costs to the societies themselves, as seen now in Afghanistan, Pakistan, Somalia and Yemen. And ultimately to Americans.

Tribal cultures, Ahmed points out, are based on honor and revenge: “Every act of violence in these tribal societies provokes a counterattack: the harder the attacks on the tribesmen, the more vicious and bloody the counterattacks.”

The terror targeting may hit home. In the British journal International Affairs, David Hastings Dunn outlines how increasingly sophisticated drones are a perfect weapon for terrorist groups. Drones are cheap, easily acquired and “possess many qualities which, when combined, make them potentially the ideal means for terrorist attack in the 21st century,” Dunn explains.

Sen. Adlai Stevenson III, referring to his many years of service on the U.S. Senate Intelligence Committee, writes that “Cyber surveillance and meta data collection are part of the continuing reaction to 9/11, with few if any terrorists to show for it and near universal condemnation. The U.S. is widely perceived as waging war against Islam, against Shiites as well as Sunnis, on the ground, with drones, and by proxy in Palestine, from the Persian Gulf to Central Asia. Germany and Brazil resent our intrusions, and what have they wrought?”

The answer is that they have wrought a growing terror threat as well as international isolation.

The drone assassination campaigns are one device by which state policy knowingly endangers security. The same is true of murderous special-forces operations. And of the invasion of Iraq, which sharply increased terror in the West, confirming the predictions of British and American intelligence.

These acts of aggression were, again, a matter of little concern to planners, who are guided by altogether different concepts of security. Even instant destruction by nuclear weapons has never ranked high for state authorities—a topic for discussion in the next column.