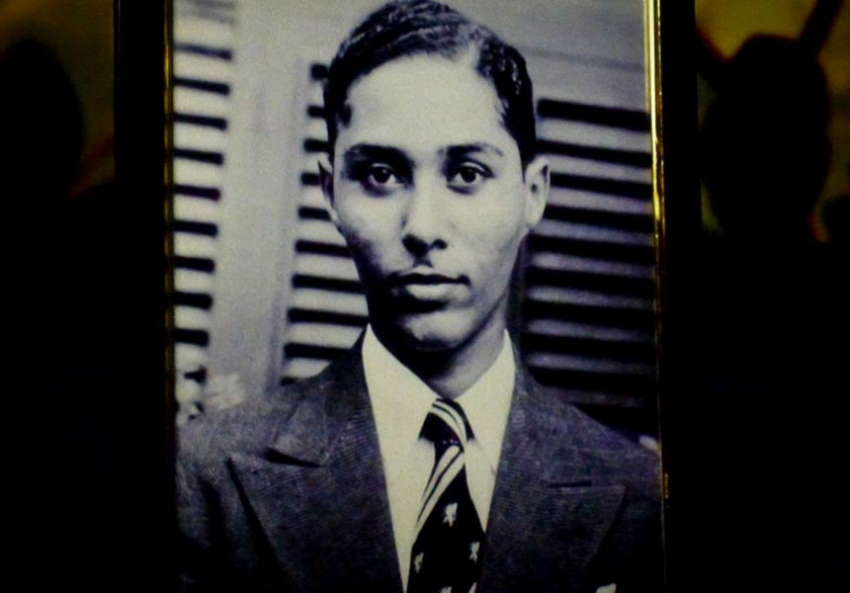 The Marxist intellectual revolutionized how we think about pop culture. But the U.S. media barely noted his death.

When Stuart Hall died February 10, the outpouring in the British press over an avowedly left-wing, anti-racist, anti-imperialist activist and theorist of the highest order served as just another reminder of the impoverishment of intellectual life in the United States.

Imagine the unimaginable for just a minute. A towering Marxist public intellectual—who influenced multiple generations of professors and their students—dies, and the U.S. press is filled with encomia about what he meant.

When Stuart Hall died February 10, the outpouring in the British press over an avowedly left-wing, anti-racist, anti-imperialist activist and theorist of the highest order served as just another reminder of the impoverishment of intellectual life in the United States. Here, Hall was known primarily in academic circles; the New York Times reported his passing seven days late.

As one of the founding figures of cultural studies, Hall’s contributions to academic discourse cannot be overemphasized. It’s hard to imagine now,  with communication studies one of the most popular majors in the United States, that in the 1960s and early 1970s, studying the media was regarded as beneath contempt. There was an elitist hierarchy affirming “high” culture as possessing quality, rigor and virtuosity, and “low” or popular culture as being banal, trashy and hardly worth academic attention. Hall, as the director of the Centre for Contemporary Cultural Studies at Birmingham University, changed that.

A Marxist theorist who loved popular culture—especially American popular culture—Hall understood that the British students he was teaching in the mid-1960s were defining themselves through music, American films, magazines and TV shows. His 1964 book The Popular Arts, co-authored with Paddy Whannel, sought to legitimate the analysis of pop culture, both for its ideological valences and as a way to engage students. “We wanted to know,” he told me in a 2011 interview, “what was the dream life of the masses.”

Hall launched a series of studies that took media texts very seriously. The reasons, controversial then, are obvious today. Millions of people consume popular media—more than read, say, Henry James, the subject of Hall’s ditched dissertation—and have their identities and ideas shaped by them. And in those texts lie powerful attitudes about race, gender, class, crime, militarism, and who deserves to hold power and who doesn’t.

Stuart helped redefine what was meant by “ideology.” Drawing from the work of Antonio Gramsci, the Italian theorist jailed by Mussolini for a decade, Hall insisted that ideology was not only a specific set of ideas, like Communism or Catholicism; it was the everyday, “commonsense” values and attitudes embedded in media, which often benefited elites while also addressing the aspirations of everyday people by giving lip service to equality or upward mobility. Such common sense can also pit non-elites against each other, by, say, equating criminality with people of color in the news or reinforcing subservient roles for women. Hall insisted that exposing how ideological messages are embedded in “just entertainment” is the job of academics and public intellectuals.

Yet in his famous 1973 article, “Encoding and Decoding in  the Television Discourse,” Hall challenged the classical Marxist notion that viewers were passive dupes manipulated into acquiescence by the media. Some audience members may accept the dominant meanings embedded in media texts, but others reject them. Still others develop a “negotiated” reading, accepting some but not all elements of a news story or TV show. Not only did this blow apart the received wisdom about narcotized consumers of popular culture, it also stimulated new lines of inquiry about the media that legitimated the entire field. The fact that progressive publications like In These Times or The Nation feature media criticism and analysis is a direct result of his work.

Hall coined the term “Thatcherism” and understood, regretfully, the Right’s “construction of a new agenda” in the 1980s that won “the consent of very substantial sections of the subordinated and dominated classes.” Yet despite political disappointments, he never failed to rail against neo-liberalism (which he described as an infection) and its effects on increased inequality.

At the end of his life, though he was more discouraged than he had been in 30 years, he continued to advocate for, as Gramsci put it: “pessimism of the intellect, optimism of the will.”

Amen to that. We owe him a monumental debt.