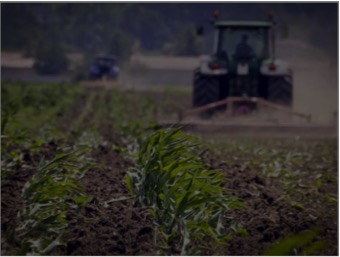 On June 6, 2014, a farmer in southern France destroys 27 acres of transgenic corn, which he sowed before it was outlawed. (Pascal Pavani / AFP / Getty Images)

Is There Anything Wrong with GMOs?

Monsanto is malevolent, but some scientists say Frankenfoods can do good.

If we want to see more beneficial traits that can reduce chemical use and be more environmentally sustainable, we have to somehow make it possible for academic scientists to get back into modifying crops for their local markets, even small specialty crops.

In February, Democratic lawmakers in the House and Senate introduced the Genetically Engineered Food Right-to-Know Act, a bill that would require labeling on any food containing genetically modified organisms (GMOs). That’s a lot of labeling: According to the Grocery Manufacturers Association (GMA), between 70 percent and 80 percent of the food consumed in the United States falls into this category. This second attempt to pass the federal labeling law follows dozens of similar proposals at the state and local levels, including four high-profile ballot initiatives. So far, Vermont, Connecticut and Maine have succeeded in passing mandatory GMO labeling laws, though the laws in Connecticut and Maine will be triggered only if other states pass similar laws, and Vermont’s law is being challenged in court by the GMA and other industry groups. Then there’s the Safe and Accurate Food Labeling Act, introduced in the House last year by Rep. Mike Pompeo (R- Kan.), which would prohibit mandatory GMO labeling measures.

As the legal frenzy makes clear, genetic engineering elicits extreme reactions. It’s decried as humanity’s final untethering from the natural world, or heralded as a solution to global problems like malnutrition and food insecurity. One of the most buzzed-about (and controversial) GMOs in development, beta carotene-fortified Golden Rice, is designed to address a micronutrient deficiency that contributes to the blindness and deaths of hundreds of thousands of children in Asia and Africa each year. Proponents maintain that there’s nothing inherently unsafe, or even radically new, about genetically modifying crops, and lump those who disagree in the same anti-science camp as anti- vaxxers and climate-change deniers (a charge that would cut any progressive to the quick). Critics insist that GMOs may carry serious health and ecological risks, and only tighten the corporate grip on the global food system.

To get beyond the hyperbole, In These Times brought together four experts on the risks and potential rewards of genetic engineering: Raoul Adamchak, who teaches organic farming at U.C. Davis and is the co-author of Tomorrow’s Table: Organic Farming, Genetics and the Future of Food; Nina Fedoroff, an Evan Pugh Professor at Penn State and a former science and technology advisor to Secretaries of State Condoleezza Rice and Hillary Clinton; Gregory Jaffe, the director of the Biotechnology Project at the Center for Science in the Public Interest; and Patty Lovera, the assistant director of Food & Water Watch.

Let’s start with the basic question. Are GMOs safe for consumers?

Nina: This is a question that gets muddled. Do the techniques being used raise any new risks? The answer, after 30 years of investigation, is that no one has ever found anything unique to using these techniques to modify plants. But that isn’t the same as saying, “All GMOs are safe.” You can’t make that categorical statement, because it’ll depend on the nature of the organism, the environment it’s going into and the nature of the modification.

Gregory: But the evidence is overwhelming that for the current crops that are grown in the United States and the foods that are made from those crops, there is no question about their food safety.

Patty: What consumers are concerned about is the overall impact that genetic engineering has, environmentally, in terms of public health, in addition to wanting to know if the end food product is safe.

So maybe the better question is: Do we have adequate procedures in place to ensure the products' safety?

Nina: Foods modified by modern molecular techniques, what we call GMOs, are tested more than any food that’s ever entered the food supply.

Patty: This process of getting a food on the market is split between different agencies: the EPA has a piece, the USDA has a piece, the FDA has a piece. We always hear “Oh, we’ve been eating this since the mid 1990s, there’s never been a problem.” But we don’t have any kind of post-market checking, because we don’t label these ingredients or these foods. So in addition to looking at the pre-market approval process, the way to figure out if there are safety concerns is to allow some tracking.

We are seeing the emergence of “superweeds” resistant to glyphosate, the active chemical in Monsanto’s Roundup weed killer—to which Monsanto’s genetically modified “Roundup Ready” seeds are immune. So farmers turn to more toxic herbicides. Are herbicide-tolerant GMOs compatible with sustainable agriculture?

Patty: It’s a very predictable cycle, because [herbicides are] packaged with the crops. We will see increased use of the herbicides 2,4-D and dicamba, just like we saw increased use of Roundup. I don’t see any change in our regulatory system or advice to farmers that’s going to prevent this.

Raoul: Any pest that you’re tryingto control with a chemical of any sort is likely to develop resistance if that’s the sole selective pressure on that population. If you want these products to persist longer than a limited lifespan, it seems critical to mandate an integrated strategy to control pests. In the case of weeds, you can use crop rotation, you can use mechanical cultivation, mulches. These create [other selective pressures] and the chances of developing resistance are greatly reduced over time.

Nina: For some crops, on some scales, mulching and things like that are reasonable. But on other scales, they’re not. And with [mechanical] cultivation, the trade-off is more soil erosion and more fuel use. There’s a balance.

Gregory: Scientists know how to prevent resistant weeds from developing—it’s getting farmers and companies to do it. I think that the EPA and USDA need to play a bigger role in that moving forward.

GMOs are often touted as solutions to problems like malnutrition and food insecurity, and as a way to help poor farmers in developing countries raise their incomes. Is this real?

Patty: We hear a lot about this. Clearly a strategy of the biotechnology industry is to sell the technology by talking about all of these social ills that they can potentially cure.

Raoul: There is the potential to solve specific problems in developing countries and to help small farmers. To control eggplant pests in Bangladesh, for instance, farmers spray very toxic pesticides from backpack sprayers without any safety equipment. Recently there was a genetically-engineered Bt eggplant released there [Ed. note: Bt crops are modified with genetic material from Bacillus thuringiensis, a bacterium that is toxic to certain insects]. To be able to grow eggplant without using those insecticides has a positive impact on small farmers. There’s also going to be quite a bit of climate-induced drought and flooding, and to have drought-or flood-tolerant crops will be significant.

Nina: To go to the big picture, 90 percent of the 18 million farmers now growing genetically modified crops in 27 or 28 different countries are smallholder, resource-poor farmers. But it’s a tool, just part of what we need to meet the challenge of feeding 9 or 10 billion people.

Patty: We have to see what happens when we get more penetration of this technology. In the United States, which is the biggest adopter, for some crops, farmers don’t have the option to buy seeds that aren’t genetically engineered. Then the costs go up. That experience does not bode well for farmers in low-income countries.

To what extent is patenting genetically modified seeds driving this trend?

Nina: Everybody thinks patenting plant materials happened with GMOs, but it didn’t. It goes back to the 1930s. Farmers in the developed world have been buying seeds from companies for many, many years.

Raoul: If you took genetically engineered seeds completely off the market, all the issues of seed consolidation would still exist.

Patty: We have a tremendously consolidated food system, from seeds all the way to meatpacking. We need some anti-trust enforcement throughout.

Nina: Bringing a single new variety to market costs upward of a hundred million dollars. That’s not a cost that can be easily absorbed by anything but the big commodity crops and the big companies. If we want to see more beneficial traits that can reduce chemical use and be more environmentally sustainable, we have to somehow make it possible for academic scientists to get back into modifying crops for their local markets, even small specialty crops.

Molly Bennet is an Associate Editor at In These Times. She attended Wesleyan University and was previously a reporter for New York Magazine.