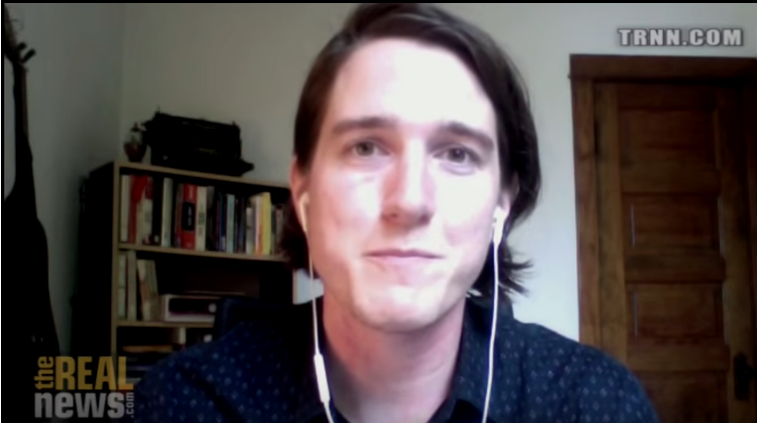 Joel Handley discusses the Chicago Police Department’s use of StingRay technology and other high-tech monitoring of people’s movements.

The Chicago Police Department (CPD) has been using StingRay technology in order to wiretap cell phones since as early as 2005 but managed to keep the practice entirely out of the public’s eye for years. These devices can surveil cell phone conversations within and around a one-mile radius of the StingRay and, as Joel Handley reported in the May 2015 issue of In These Times, have been used to monitor the conversations of #BlackLivesMatter activists and other movements.

Handley appeared on The Real News with Sharmini Peries to discuss his story. He explores not only the dangers but also the backlash against this technology led by activists. “You can't vacuum up all of this data of innocent citizens, or people suspected of no wrongdoing,” he says. “You can't monitor people, their movements within their homes, their movements as they go about their daily lives.”