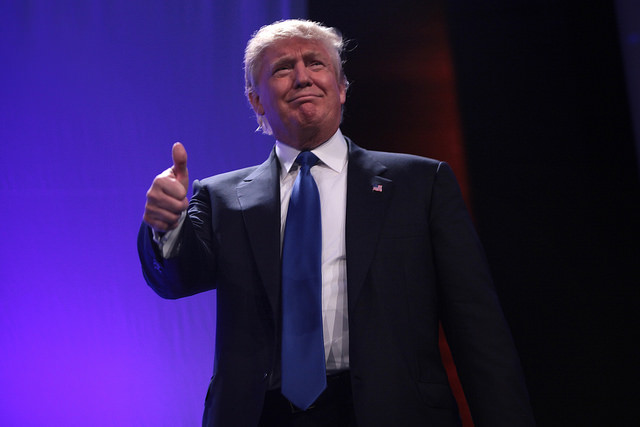 Neil Young: Donald Trump Shouldn’t Use My Music. Bernie Sanders Can, Though

Young managed to decry Trump’s use of his song, lament rising inequality and endorse Sanders all at the same time.

Last week Donald Trump launched his presidential campaign. While riding down an escalator into a crowd of supporters—some of whom were paid to be there—Trump chose to play Neil Young’s song “Rockin’ in the Free World” during his entrance.

Neil Young immediately released a statement arguing that Trump did not ask for permission to use the song and even if he had, Young would not have allowed him to use the song. Trump’s campaign fought back, claiming that they had paid the ASCAP and BMI rights to use the song.

That didn’t placate Young. His manager released a statement to Mother Jones quoting that, “Donald Trump’s use of ‘Rockin’ in the Free World’ was not authorized. Mr. Young is a longtime supporter of Bernie Sanders.”

Consequently, Sanders used the song as he entered a rally in Denver yesterday and focused his passionate speech on the greed of the ultra-rich. There was an overflow crowd of over 5,000 supporters (none of which seem to have been paid to attend).

Young has long been known to push unabashedly progressive themes through his music and used his statement against Trump to say, “Increasingly democracy has been hijacked by corporate interests. The money needed to run for office, the money spent on lobbying by special interests, the ever-increasing economic disparity and the well-funded legislative decisions all favor corporate interests over the people.”

Young has always been socially and politically active, even using “Rockin’ in the Free World” as a criticism of George H. W. Bush. Next week, Young’s new album The Monsanto Years will be released, featuring hyper-political critiques of the food industry including Monsanto, Chevron, Starbucks and of course, Walmart.