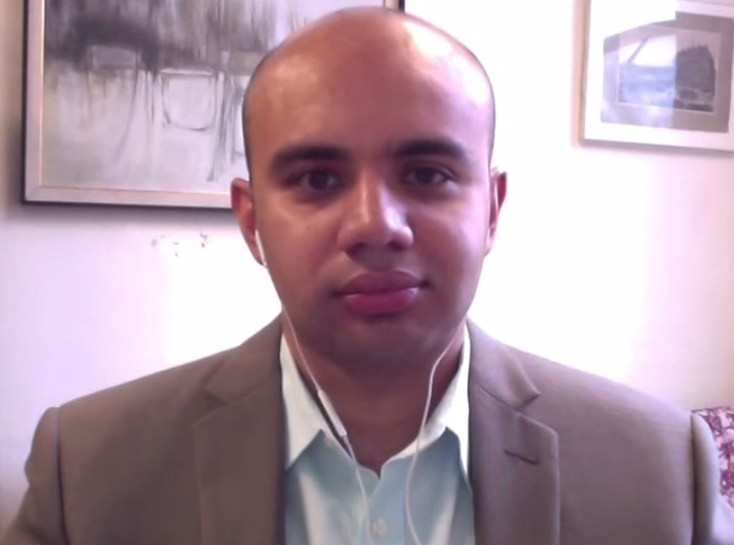 Saqib Bhatti on "The Big Picture" with Thom Hartmann in June.

Saqib Bhatti Debunks the Inevitability of Austerity in Detroit, Chicago and Around the Country

“The entire narrative has been shaped around the fact that you have to file bankruptcy, that it’s inevitable. … That lets a whole class of people off the hook—the people who aren’t paying their fair share.”

In 2013, Detroit became the largest city in the history of the United States to file bankruptcy. A host of conservative, austerity-minded officials and observers quickly seized upon the popular belief that unfunded pensions had led to Detroit’s financial collapse, threatening that other cities with large pension shortfalls like New York, Philadelphia and Jacksonville, Florida could be next.

However, as Saqib Bhatti reports in the July issue of In These Times, politicians, not financial necessity, pushed Detroit into bankruptcy in order to cut pensions and take control of Detroit’s water system. Now Illinois politicians and austerity hawks have selected the next city where they can balance the budget on working people’s backs: Chicago.

Bhatti has appeared on a variety of radio and television shows debunking the narrative surrounding Detroit’s bankruptcy and the logic of austerity, urging solutions like taxing financial transactions, closing corporate tax loopholes and ending subsidies for profitable companies. You can listen to his appearance on Doug Henwood's “Behind the News” here and WGN's “Outside the Loop” here; watch or listen to his other appearances below.

The Big Picture with Thom Hartmann