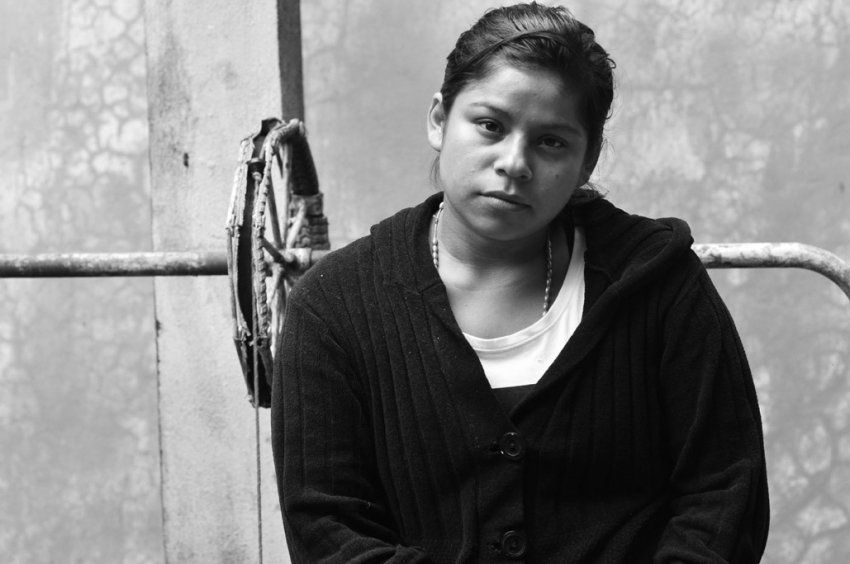 The Refugee Crisis No One’s Talking About

But you’d never know it from listening to our government or our media. After the panic over the “surge” of children at the border last summer, stories about Central American refugees all but disappeared. Now, Customs and Border Protection (CBP) is crowing about a nearly 50 percent drop in apprehensions of family units at the Southwest Border over the last 12 months, compared to the previous year.

Yet, according to staff in refugee shelters across Mexico, shelters are full and refugees are still streaming into that country, hoping to make it to the United States. If we’re apprehending fewer people, it is because more are being deported by Mexico or falling prey to gangs, drug cartels or dangerous terrain on a voyage that is becoming as treacherous as the Mediterranean crossing.

And like the Syrians, they meet the UN criteria for a refugee: anyone fleeing their home country because of violence and who fears persecution upon return. I spent seven weeks in Mexico between late January and March of this year, interviewing Central American refugees in shelters stretching from Oaxaca to Mexico City. Although several mentioned economic concerns, almost all said it was violence that drove them from their homes; violence mainly perpetrated by the incredibly brutal gangs Mara 18 and Mara Salvatrucha (MS-13). Guatemala, Honduras and El Salvador have some of the highest murder rates in the world. People told me of having to pay la renta, extortion money, to operate a business or even to live in a particular neighborhood. If they did not pay, the gang would kill their children. Gangs also forcibly recruit young men; if they refuse, they or their families turn up dead.

I heard so many such stories that it’s difficult to pick a quote that sums up the dangers, but one sticks with me: Evelyn Noeme Durán was a 22-year-old Guatemalan traveling alone through Mexico. She walked, sometimes took a bus and also rode the freight train the migrants call La Bestia, “The Beast.” On the train, a gang—she identified them as one of the “Maras” because they were tattooed—stole all her money and even her shoes. Without money, she would have to cross the rest of the country on foot or by clinging to the top of La Bestia (many migrants fall off and lose limbs). When I told her the trip was dangerous, she looked at me with tired eyes and said patiently, “It is as dangerous on a bus … in Guatemala as being on the train. It is only different in the mountains here [because] there are animals.”

Why are we ignoring this crisis? Maybe it’s easier for Americans to feel compassion for refugees who are across an ocean and stand little chance of making it to the United States. We don’t have to worry about them straining our public assistance programs or fear they’ll take our low-wage jobs. We don’t have to listen to presidential candidates calling immigrants of their ethnicity drug dealers and rapists.

When it comes to the Syrians, we seem to recognize that refugees deserve asylum: We demand that European countries take more refugees, and we’re even pledging to do our part. In September, the White House announced the United States would take in at least 10,000 Syrians over the next year, while U.S. Senator Dick Durbin recently said that number should be 100,000. Durbin visited refugee camps in Europe and called the refugee crisis, “the most significant humanitarian challenge of our time.” He added, “There is great suffering and exploitation of refugees…You have to imagine how desperate people would be to send a 15 year old boy with his 8 year old sister alone.” Then there’s that gut-wrenching photo of the drowned Syrian child, lying face down by the water’s edge.

The fact is, we have a humanitarian crisis right here. CBP may announce that fewer refugees are reaching our border, but it’s not because fewer are trying; it’s because more are being stopped in Mexico. A New York Times article published last June—a rare exception to the near-silence of the U.S. press—reported that Mexico deported almost 93,000 Central Americans in the first seven months of fiscal year 2015; 23,000 more than the United States did. And the Migration Policy Institute reported in September that Mexico is on target to deport 70 percent more Central Americans this year than last, while U.S. deportations are expected to be halved. Not only is Mexico doing our dirty work by deporting Central Americans, we’re paying for it: According to an October 10 New York Times article, we gave Mexico tens of millions of dollars in fiscal year 2015 to prevent these refugees from reaching our border.

It’s stunning that CBP is ignoring the fact that, by its own admission, the Central Americans it wants to deport are fleeing violence that has not ceased—which would make them legitimate refugees. CBP recently announced that “conditions related to the economy and violence in El Salvador, Honduras and Guatemala have not improved.” Yet in the same announcement, the agency calls people “illegally crossing the border” from these countries “a top priority for removal.”

When refugees do make it across the border, they are locked up like criminals. Many of the women and children in “family” detention centers were held for months, even after establishing that they feared returning to their home countries. Recently, under a federal judge’s order, they have been released more quickly—within three to five weeks. But almost all of the women released are fitted with an ankle bracelet (which advocates call “shackles”)—the same device used to track prisoners released on parole.

In Mexico, I interviewed and photographed hundreds of refugees on their journey north: José Luís, a frightened 11-year-old Honduran riding alone on La Bestia; men who’d lost limbs to that train; Noel, a 16-year-old Salvadoran walking alone to the United States. In Ixtepec, I visited a small cemetery that held the remains of 15 unknown migrants; in Chahuites, I saw discarded women’s clothing lying in a place near the train tracks where, locals told me, refugee women were dragged to be raped by local thugs. I’ve heard stories like those Durbin heard from refugees in Europe. I know, as much as I know anything, that people who are so desperate that they’ll literally risk their lives to reach the United States won’t be stopped by Mexican immigration agents dragging them off trains and using Tasers on them; by Mexican police forcibly removing them from buses; or by the threat of local gangs robbing, kidnapping, maiming or killing them. And they certainly won’t be stopped at the U.S. border by more walls, fences and agents. As long as conditions in Central America don’t improve, refugees will keep fleeing north. And by law, we should be taking them in. Why are we ignoring the crisis that is happening right on our doorstep?