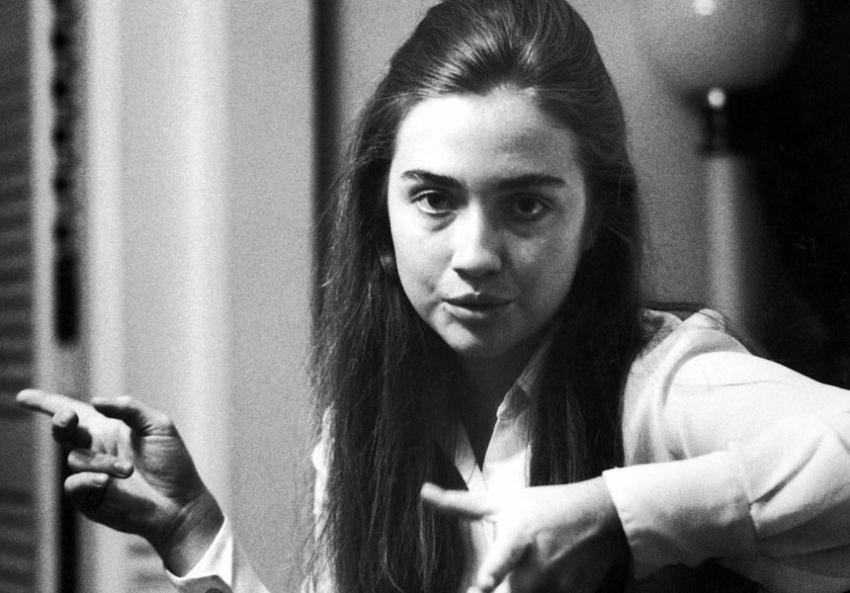 Hillary Clinton and the Soft Bigotry of Low Expectations

Young people, many of whom have no memory of Hillary Clinton as First Lady, have voted for Bernie Sanders by almost comically wide margins. They favor him 54 percent to 37 percent in a USA Today poll taken in March. In the Iowa caucus, Sanders beat Clinton by a nearly 6-to-1 margin—84 to 14 percent—among voters under 30. Clinton won voters 65 and older by similarly impressive numbers, 69 percent to 26 percent.

Is it really the case, as some have implied, that young people prefer a 74-year-old democratic socialist to Clinton because they’re the most sexist generation?

It’s not that Hillary Clinton is, as she said recently, “not a natural politician.” It’s not that she’s a powerful and self-assured woman. Sexism surely explains some of the hostility toward her, but it doesn’t begin to account for the fact that Clinton is among the most disliked and distrusted candidates in modern American politics.

For insight, perhaps we could turn to a younger Hillary Clinton—the one who said, during her graduation speech to Wellesley’s Class of 1969, “We're not in the positions yet of leadership and power, but we do have that indispensable task of criticizing and constructive protest.”

The one who said, in the same speech: “There are some things we feel—feelings that our prevailing, acquisitive and competitive corporate life, including tragically the universities, is not the way of life for us. We're searching for more immediate, ecstatic and penetrating modes of living.”

The one who concluded that speech with these lines from a poem: “And you and I must be free/Not to save the world in a glorious crusade/Not to kill ourselves with a nameless gnawing pain/But to practice with all the skill of our being/The art of making possible.”

It isn’t quite fair to compare the Hillary Clinton of her early 20s to the Clinton of nearly 70. But nearly half a century on from her Wellesley speech, Clinton is in a position of leadership and power—precisely the target of her criticism and constructive protest. That young valedictorian would understand why her current self is now so distrusted by young people.

She and her classmates were part of a generation that demanded and created change. “We arrived not yet knowing what was not possible,” as she said then.

Consequently, we expected a lot. Our attitudes are easily understood having grown up, having come to consciousness in the first five years of this decade—years dominated by men with dreams, men in the civil rights movement, the Peace Corps, the space program—so we arrived at Wellesley and we found, as all of us have found, that there was a gap between expectation and realities. But it wasn't a discouraging gap, and it didn't turn us into cynical, bitter old women at the age of 18. It just inspired us to do something about that gap.

By many accounts, Clinton has been an effective and often under-the-radar advocate for women over the past half century. Her legacy is, naturally, complicated and fraught, but she seems to have genuinely aimed to use her power to change realities.

But there is also this. The gap between expectations and realities can be narrowed by changing realities—or by lowering expectations. In their youth, Clinton and her generation of idealists and protestors believed and worked for the first kind of change. They’ve spent much of the subsequent half century working for the second. In the 1960s, they rewrote the script that they had inherited. In the 1980s and 1990s, when they became the powers that be, they rewrote it again.

Today, the latter script says that we face dire challenges across a range of sectors—climate change, the corruption of our politics by private money and special interests, gun violence, racial injustice, our deteriorating infrastructure, health care costs, income inequality and more. Yet the best we can hope for, those adhering to that script argue, is maintaining the status quo or, in the best case scenario, incremental reform.

Whatever her early ambitions about “practic[ing] with all the skill of our being the art of making possible,” for much of her career Clinton has worked from a script whose central theme is, as George W. Bush once put it, the soft bigotry of low expectations. Its plot is determined by the path of least resistance.

It would have taken courage for Clinton to vote against the Iraq War in 2002; or to “evolve” on same-sex marriage before her party did; or, as a senator from New York, to oppose the bankruptcy bill of 2001, which favored banks and the credit card industries; or for to her lead the fight for a $15 minimum wage rather than supporting a $12 federal standard. But political courage has never been the Clinton brand, of course.

Taking the path of least resistance isn’t a crime. No one expects more from Clinton than the caution and incrementalism that she promises. And it’s certainly true that if she wins the nomination and the election, she will be a better president than most of the alternatives.

And yet there is a vacuum in our politics waiting to be filled. There is a longing to rip up the script we’ve been using for so long, the one that everyone—Republicans and Democrats alike—knows isn’t relevant and isn’t serving us.

Consider the breathtaking audacity of what Republicans have put on the table, and the level of frustration and anger their choices reveal. One of the frontrunners, Ted Cruz, a man famously repellant to and held in contempt by nearly all of his Senate colleagues; the other, Donald Drumpf, a man willing to defy many of the cherished principles of the party’s platform, from his Iraq War critique to his call for closing the trade borders, while openly insulting nearly every voting bloc the party needs to win. Those Republican voters have gone off script.

So, too, have many young people voting for Sanders. The off-script Clinton of 1969—the one who aspired to a more ecstatic and penetrating mode of living, and who said that “fear is always with us, but we just don't have time for it. Not now”—would understand. “We are, all of us, exploring a world that none of us even understands,” as Clinton put it then, “and attempting to create within that uncertainty.”

What we might create from the uncertainty of 2016 is still unknown. For the first time since the 1960s, truly profound progressive changes seem possible—in the realms of racial justice, environmental justice, economic justice and more. Clinton comes off as inauthentic—not because she's too ambitious, as the criticism often goes, but because she isn’t ambitious enough. She doesn’t appear true to her own values or equal to a moment that begs for something more, begs for someone who will expect more from herself, and from us.

Last fall, a friend and I were talking, and one of us asked the other who the Republicans would nominate. We made halfhearted cases for each of the candidates. Finally, once none of them seemed like remotely plausible presidential material, my friend said with a smirk of resignation, “Why don’t they give it to Clinton now and get it over with?”

For me, that smirk of resignation summed up just about everything there is to say, good or ill, about Hillary Clinton. Her candidacy has seemed fated all along. It’s easy to imagine a much, much worse president—and a much, much better one. She would no doubt be perfectly competent at coordinating and presiding over the same old song and dance of the last few decades. She wouldn’t exactly stand in the way of progress, but probably wouldn’t help advance it much, either.

And her election wouldn’t be a tragedy. It would just be the last, saddest chapter in the Class of 1969’s renunciation of its youthful ambitions, and the final leg of its long, half-century march toward diminished hope and lowered expectations. Young people have lived with the burden of that soft bigotry for most, if not all, of their lives. Is it any surprise that they now seem ready to try their hands at “the art of making possible”?

A condensed version of this op-ed appeared in the June 2016 issue of In These Times. Purchase it here.