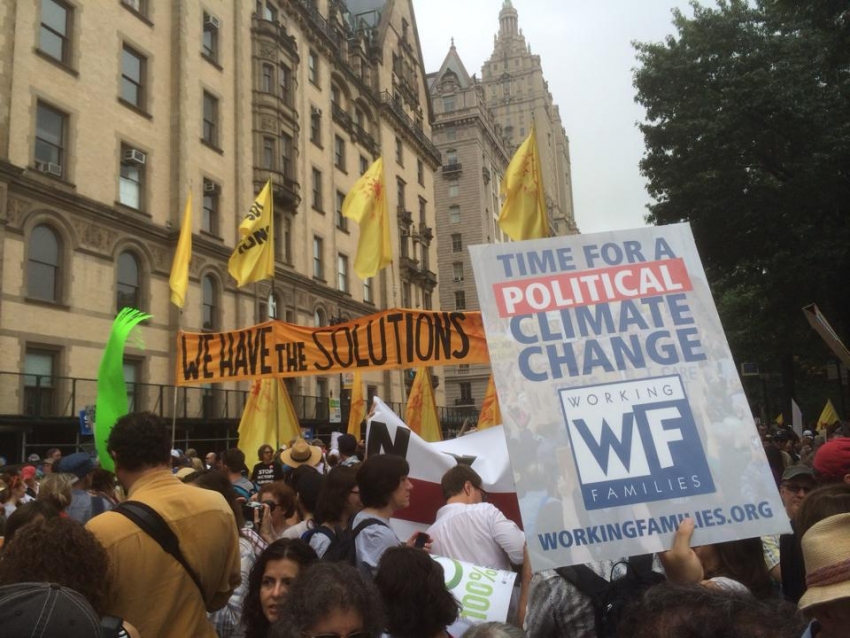 The winning candidates believed “the Democratic Party wasn’t representing their values.” They were right.

'These victories create some very real momentum that we can build on.'

A teacher from Providence who was born in Jamaica, Marcia Ranglin-Vassell, scored the narrowest and most-surprising upset, defeating House Majority Leader John DeSimone with a platform that emphasized better public education. She won by 17 votes.

The other WFP-endorsed candidates who won were Jeanine Calkin, Jason Knight and Moira Walsh. Each believed “the Democratic Party wasn't representing their values,” Hollister-Isman said, “and had faith that if they took that directly to the voters, it would get a lot of support. And they were right.”

“These victories create some very real momentum that we can build on,” said Hollister-Isman.

WFP doesn't field candidates but works to push the Democratic Party to the left by endorsing certain Democrats who share progressive priorities and values. An article about it in The Atlantic this year called it “the pugnacious, relentless progressive party that wants to remake America,” noting that the party “has been instrumental in pushing issues such as government-mandated paid sick leave and a $15 minimum wage to the forefront of the national Democratic agenda.”

WFP was founded in the late-1990s and began as a regional party, working to elect progressives in Connecticut, New Jersey and New York. It now has chapters in about a dozen states and in Washington, D.C. In addition to endorsing candidates, it supports them by helping to build their ground games and get-out-the-vote operations.

“I could not have done it without the Working Families Party,” said Knight, who is seeking to represent District 67 in Rhode Island’s House of Representatives. Knight served in the Navy from 1988 to 1996 and is now a criminal defense attorney.

“When I entered the (military) service, I did it primarily out of a sense of duty to the community I live in, with the idea of giving back,” Knight said. “And when I decided to run this spring, the impulse came from basically the same place.

“We have a real problem with a perception of corruption. One of the perceptions in this state is that you have to know a guy to get things done. And I want to battle against that. I want to strive for a high level of transparency and openness, and encourage other people to do the same,” said Knight.

Walsh, who works as a restaurant waitress, decided to run after taking part in a successful campaign to raise the minimum hourly wage for tip workers. It had been $2.89 since 1996. The Rhode Island legislature voted to raise it by $1 over two years, in spite of a strong business lobby.

“I realized how much fun it was making people do the right thing even when they didn't want to,” Walsh said. “There was something really satisfying about hearing all these excuses from legislators as to why we couldn't do it, until they didn't have any other option but to say yes.  And I realized I wanted a more central way to make a difference.”

Walsh will run unopposed in House District 3 in the general election in November.