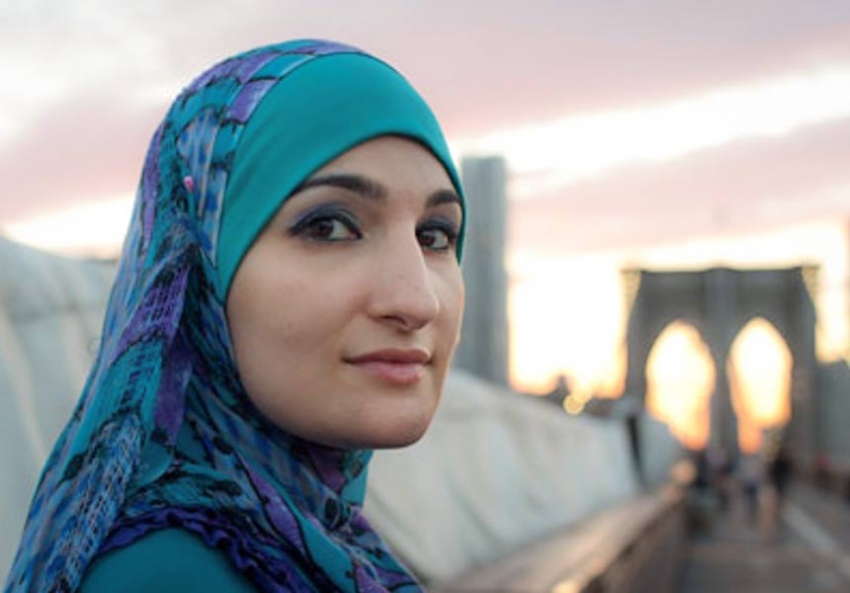 Linda Sarsour: “I Want American Muslims To Be Unapologetic About Who We Are”

Palestinian-American activist Linda Sarsour has called herself the “worst nightmare” of Islamophobes. A former executive director of the Arab American Association of New York, Sarsour served as a co-chair of the Women’s March on Washington in January. Since then, she’s been vilified by right-wing websites like Breitbart News and occasionally pilloried by liberals. Earlier this month, a New York Times opinion piece titled, “When Progressives Embrace Hate” criticized the Women’s March organizers, and Sarsour in particular, for posting online statements critical of Zionism and supportive of figures such as Assata Shakur. “Far from erecting the big tent so many had hoped for,” the pieces charges, “the movement they lead has embraced decidedly illiberal causes and cultivated a radical tenor that seems determined to alienate all but the most woke.”

In These Times spoke to Sarsour by phone about her radical tenor, how she deals with attacks from the Right and the state of the anti-Trump resistance.

In July, Breitbart News published an edited clip of your speech before the Islamic Society of North America, sparking a torrent of online abuse against you. Right-wing media is up in arms that you used the word “jihad” in your speech—which, of course, just means “struggle.” You were speaking about the struggle against oppression. Why did you choose to use this term?

My intention was to quote authentic scripture, as I should be able to in the land of religious freedom. My intention has always been to motivate American Muslims to be unapologetic about who we are. I’m tired of both Muslim extremists and right-wing extremists defining what our religion is.

It’s also all about the timing. The speech was on Saturday, and they picked it up on Thursday morning: the day after the Women’s March on Washington announced that we’re doing a march from the NRA headquarters to the Department of Justice. When we’re about to embark on a visible form of peaceful dissent—that’s when the right wing begins to coordinate attacks against the leadership of the resistance.

What is it like to be one of the most visible Muslim organizers in the country right now?

Dissent is the highest form of patriotism, but for me, dissent is dangerous. When I go to public events, I hire security. They’re not just going after me as an individual, they’re going after me as someone who represents a new movement of young people of color, working across issues and communities.  This is the third attempt to demonize me after the Women’s March. They can’t believe that a Muslim woman is leading a movement to mobilize internationally against racism, sexism, xenophobia, Islamophobia and homophobia.

You were one of the key organizers of January’s Women’s March on Washington. What did you learn from the experience?

My role in the Women’s March was two-fold. For one, my two primary roles were creating the policy platform that you saw, what we call the “Unity Principle.” That was part of my leadership role. And the other one was fundraising. One thing I learned from the Bernie Sanders campaign, and that I was able to apply to the Women’s March, is that I refused to take money from corporations. In a lot of these types of concerts or big marches or big rallies, often times corporations want to use those moments to market. I said absolutely not, we will not take money from corporations.

I also learned that we can organize together, but we still have to have critical conversations around racial justice. And we have to organize intersectionally. We cannot have a separate climate justice movement, a separate anti-war movement, a separate racial justice movement, a separate immigrant rights movement. We must organize together because our issues are intersectional. And the communities that we’re working with are impacted by all of those things: environmental racism, war, poverty, the assault on reproductive rights. I’ve been organizing for for the past 17 years, and as an individual who cares about all these, I feel like I have to be different people with four different schedules.

What lessons should resistance movements take from the Women’s March?

There was a lot of tension that surfaced. People commented on our Facebook page, “Why do you keep bringing up race? This is divisive.” But I was not going to be part of a march that was only about equal pay and reproductive rights. I wanted everyone to understand that women of color have many more issues that impact them.

The only way for us to win is by organizing together, which means having critical conversations around racial justice. We may lose together. But I would rather lose with dignity and principle than throw any other movement under the bus. Because inevitably, we will win together.

It’s difficult to stay on top of all of the attacks coming from the Trump administration. After Trump announced a travel ban on six Muslim countries in January, there were huge mobilizations at airports. Now that the Supreme Court has reinstated the travel ban temporarily, is there a threat of the resistance petering out?

This administration has been creative. The most recent travel ban actually impacts people at the embassy, not the airport. So basically, when people show up to the interview, that’s where it stops. If you don’t fit these criteria, you will be denied a visa. So this is why I think on the travel ban you didn’t see as much of an outpouring at the airports as we did with the first two, because the way the administration has framed it makes it impossible. Before, when we went to the airports, our chant was, “Let Them In!” because people were actually physically being held. So that’s the creativity of this administration: to create loopholes and other ways to implement these travel bans.

But I still see momentum. There has literally been a protest pretty much every weekend. Whether you went to the Science March, to the People’s Climate March, to the March for Truth. I think that is the administration’s policies coupled with this new energy from the new generation of young people and intersectional organizers I think, we’re going to see the momentum last a lot longer than people are expecting.

Would you ever consider running for political office?

I’ve been doing political activism for 17 years—since I was 20 years old. So I’ve grown up a lot and evolved, and I understand more how politics works.

What I realize is that you can be an influential figure outside of elected office. Right now as someone who’s not in elected office, I still feel like I have some influence in a way that is important. I’ve won major policy campaigns in New York, I was one of the leaders for the coalition to appoint the first ever Inspector General for the New York Police Department. There are a lot of things I care about that I’ve been able to lead and organize and build power around without actually being confined to an elected office position.

But that doesn’t mean that in the future when I’m older, that that won’t be an option for me. But for now, I see my power and influence more so effective on the outside of government than inside of government.

Kamil Ahsan is a doctoral student in developmental biology and a dual-degree student in history of science at the University of Chicago, as well as a freelance journalist. His work has appeared in the American Prospect, Dissent, Jacobin, Salon, the Rumpus and AlterNet.